We took a look at Travian Legends from Travian Games recently, the free to play browser-based empire building war strategy. In the game players get to choose from the three classic tribes as seen in their previous version, Romans, Teutons and Gauls. We checked the game out for a little while, wanting to put a couple of hours into the game to see what was on offer. Unlike other games Travian Legends just isn’t the type of game that you can sit there and play for hours on end as a new player, quite simply there’s not enough to do yet. So our gameplay session occurred over a few days, playing between cooldowns on various timers and the like.

The game has recently released its new annual special server Fire & Sand where players can now play as the super-aggressive Huns (that require other players to help them defend) or the Egyptians with their bonus resources and high defensive play. With the new server the win conditions stray from the classic “Build a World Wonder” and now have a Victory Point system where Alliance must take control of regions by having the dominating percentage of that regions populous within their Alliance. The more regions an Alliance controls, the more Victory Points they gain, and at the end of the server (which lasts 200 days) the Alliance with the most Victory Points wins! 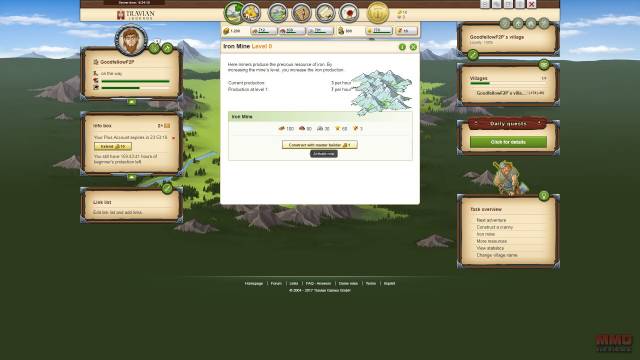 We decided to start out as the Gauls, as a new player the features of the new server weren’t even going to come into play for us and the tribes are all pretty much the same early on. With a few different attributes and feature tweaks the tribes slowly begin to offer a different strategy to dominate with them (for us playing for a few hours this wasn’t going to be an issue). The artwork between tribes is also different, the characters and buildings in particular are themed to your chosen tribe. The graphics are very clean and the illustrations are detailed, providing a very easy to play and modern feeling title.

The tutorial portion of the game guided us through different elements of upgrading our resources (woodland, quarries, farms and mines) and explained some main concepts. Overall it was a short and simple tutorial that led fluidly into the actual quests, the help menus, faq and player guides were all accessible with easy links but in general we were left to work it out for ourselves. The quests themselves were very general, didn’t offer much in the way of narrative, and the game doesn’t really try to pose itself as an RPG; it’s a war strategy with a theme and people have come to kill each other not push through some story-arc.

Managing resources, time and build queues is the name of the game, with the resources that were trickling in from our resource production upgrades, as well as completing quests. The early portion of the game was very much a symbiotic relationship where the rewards from the quests were generally just enough to let you complete the next set of quests. Constructing new buildings and upgrading them were the primary focus of the quests, in all honesty they were less like quests and more recommendations on how to efficiently advance your village next. The quests, in time, started to become very structured and liner with quests popping up that had pre-requisites that could only be met by completing another quest, so there didn’t feel like there was a whole lot of choice with what to do. 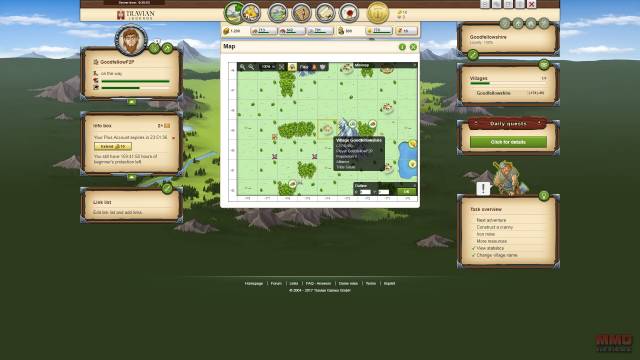 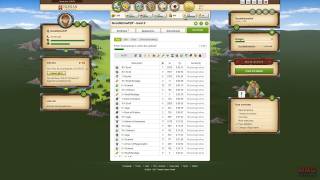 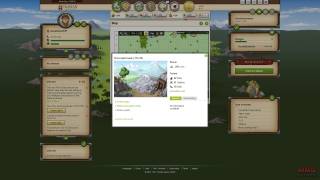 Beyond the constant back and forth of constructing and upgrading buildings we also had the option to send out our Hero onto “Adventures”. They weren’t as exciting as they sound, it was literally just clicking one of 5 different adventures that would make our Hero disappear to complete his own quest after about 30mins and bring back some type of reward. Once we’d built a Barracks we could train up units and send them to attack an Oasis; each time we sent them out (as the quest told us to) our units just got obliterated, it didn’t seem like the rewards we were getting were justifying the amount of resources we were spending on building the troops in the first place though. Again, combat is a simple affair, selecting our target, selecting the troops we wanted to attack, then waiting however long it took them to travel there until the game sent us a report to say if we were victorious or not. It’s not an interesting combat system, but it’s efficient for the type of game that Travian is, unfortunately it is considerably less tactical than a game such as Call of War 1942.

The main focus of the game, at least on an individual level, is to keep building up your village and then try to acquire more to build up your Empire, which improves your score. Players can train up settlers to found new villages through the world map or they can use their troops to conquer other player’s villages (though you can’t conquer a player’s first main village). However, unlike other games, Travian does have a final victory condition. On the main standard servers the aim of the game is to build a Wonder of the World before anyone else, these structures take hours to complete and millions of resources, so obviously no individual player is going to be able to complete it and so players must form alliances. As players form alliances to cooperate with each other, so too do they use their alliance to destroy other alliances and stopping them from winning. For Fire & Sand player still need to build up a strong Alliance, but will constantly be forced into more aggressive play battling for regions.

We can see where this element of the game would be fun. We can see that the micro-management of multiple villages, managing your time and resources between them all would be a hell of a lot more involved. Unfortunately it takes forever to get there, this level of interesting gameplay is literally non-existent for the first few days and even weeks of playing Travian. The standard servers game length does last nearly a year, so players need to be in it for the long haul, but early days is very boring.

For the few days we played we were constantly hitting walls due to running out of resources, or waiting on building queues, or not being able to do one thing as we were waiting to hit the pre-requisites of another. Waiting for armies and our Hero to go out and come back. It was waiting around for hours at a time just to spend a few minutes clicking a few buttons and then being locked out of playing. The early game offers itself to the casual player who doesn’t want to sit there for hours on end, but unfortunately to keep your village progressing efficiently you do still need to check in on it every few hours so the call back is quite demanding. It’s definitely not for everyone, and the early game could be quicker, but late game could definitely offer an interesting experience. 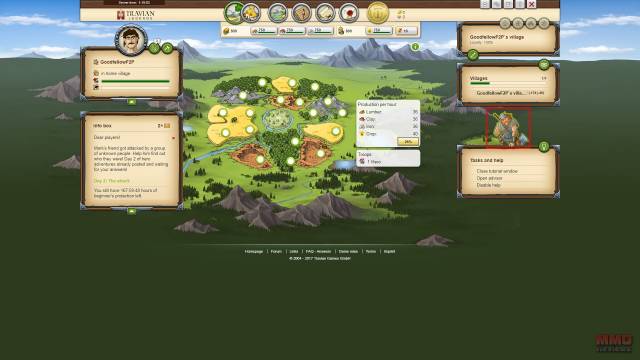 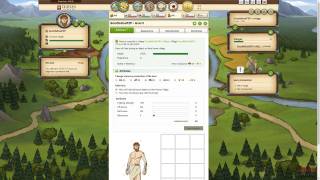 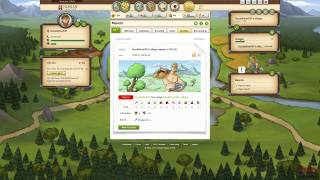 This entry was posted on Monday, October 2nd, 2017 at 10:30 am and is filed under Articles, MMO News. You can follow any responses to this entry through the RSS 2.0 feed. Puedes dejar una respuesta, o un trackback desde tu sitio web.