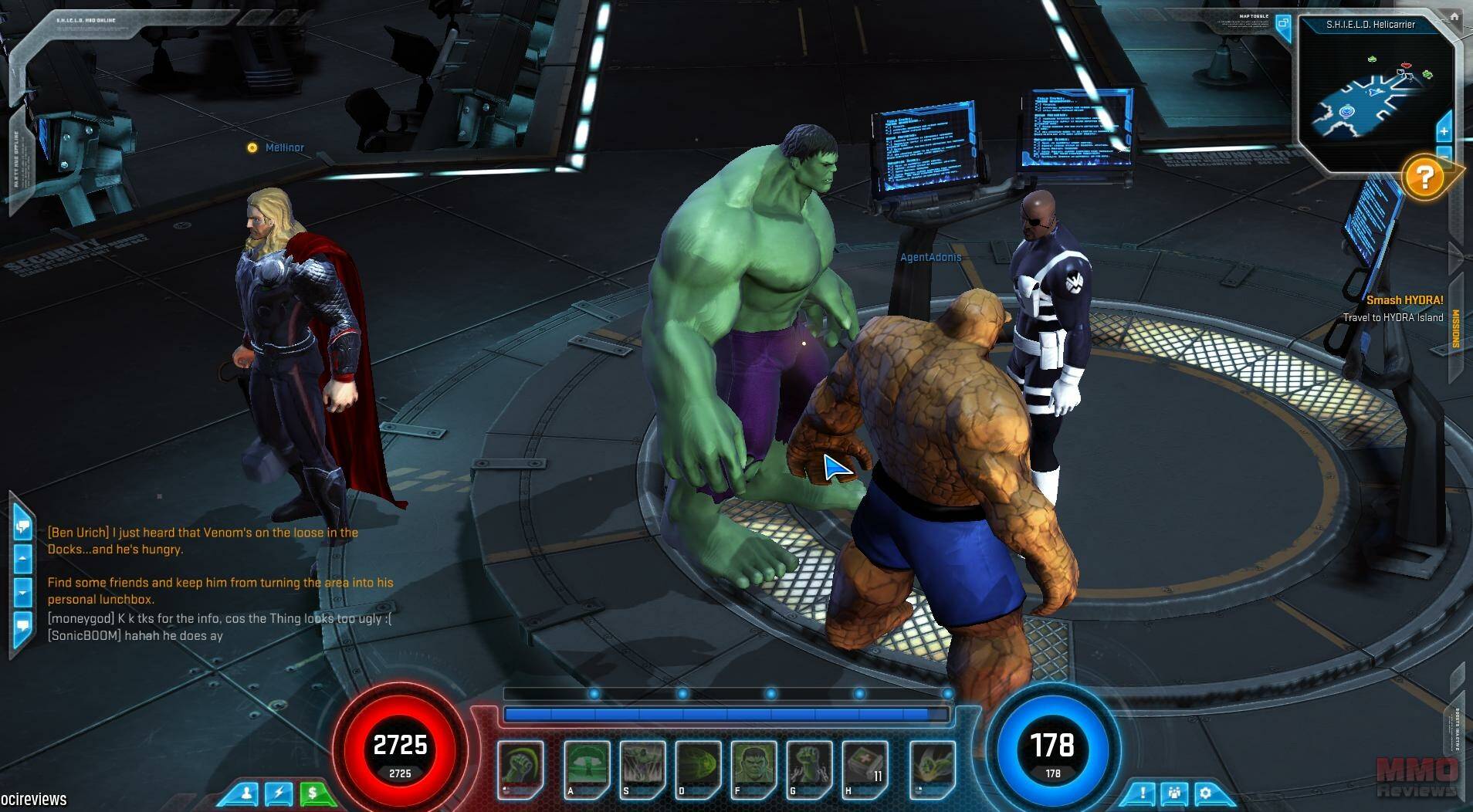 Marvel Heroes 2015 is a free-to-play action MMO game created by David Brevik, the visionary behind Diablo and Diablo 2. Set in the iconic Marvel Universe, the game combines the core gameplay style of action RPGs and MMOs with the expansive rooster of heroes from the Marvel Universe. Players can collect and play as their favourite Marvel superheroes and team up with friends in order to stop Doctor Doom from devastating the world with the power of the Cosmic Cube.

The Cosmic Cube is a device of untold power capable of changing the very fabric of reality at the whim of its possessor. The brilliant but malevolent Dr. Doom has the Cube, aiming to reshape the world in his own image. Determined to succeed where the Cube's previous wielders have failed, Doom has lined up villainous allies to prevent the superheroes from interfering.

Players will have to unravel Doctor Doom's sinister plan and stop him before it's too late...

Marvel Heroes 2015 features a large and diverse cast of original Marvel superheroes such as Captain America, Hulk, Iron Man, Wolverine, Spiderman, Daredevil, Thor, and many more. They are fighting against iconic villains, including, amongst others, Bullseye, Venom, Green Goblin, Kingpin, and, of course, Doctor Doom.

All characters possess a set of passive and active skills and are characterised by the following attributes: durability, strength, fighting, speed, energy, and intelligence.

The Avengers Tower functions as the main social hub and will be the player’s base when they are not in mission. They can pick up quests there, visit the shop, and use the bank or the crafting stations. From the Avengers Tower, players have access to a teleport device to reach the waypoints unlocked by progressing in game in order to go on with their missions and the storyline or to simply explore the available locations, looking for loot and XP.

Killing enemies and completing missions will grant XP, gear and currency. By levelling up, players will earn skills points that can be spent to obtain new basic attacks, active or passive skills or to upgrade the ones already owned. As each hero has 3 different skill trees to spent points into, players are able to decide if they want to specialise their character in just one of these branches or to opt for a more balanced and diversified build.

In Marvel Heroes 2015, players tend to acquire various items within the game, such as gear, consumables, medals and artefacts. These items may be purchased from vendors, received as loots from killing mobs and bosses, rewards from different missions or events and lastly being traded from other fellow players.

Consumables - Consumables are used to replenish the hero's health and/or spirit and can be obtained from the vendors or by defeating mobs and bosses within the game.

Medals - Medals are non-tradable items that raise the hero's health, spirit or stats when equipped and are earned by defeating bosses.

Artefacts - Artefacts are rare items that can be equipped to gain stats benefits and additional effects. While some of them provide stats bonuses and other benefits, others are only decorative artefacts that can be used to add cosmetic effects.

Gear - Equipping the character with specific gear results in additional stats and/ or effects. Players are able to enhance their equipment and costumes through crafting.