We decided to check out Seafight from developers Bigpoint, released back in 2006 this free to play browser is still kicking about. Deciding to see whether this previously popular pirate themed game has retained any pulling power we spent a few hours checking it out.

Needless to say graphically the game has not kept up with the times and of the Bigpoint titles looks like the one they left on the shelf. Oddly though, the game looks the right kind of dated and just old enough to hit that nostalgia of older gaming and retains more of a retro feel. Combined with the simplistic gameplay, UI and controls it’s easy to see that this game was one of the early browser titles. Yet the game still has elements that are reflected in some of the developers newer and updated titles such Dark Orbit, albeit that game itself is starting to drift into retro territory.

Seafight very much shows off a development culture that has, and in many ways we’re glad about, passed. We were dropped in the middle of the ocean with our ship and not even a tutorial or NPC guide to tell us what to do. A lack of quest indicators sent us roaming around for a while until we found a list of them in the main menu. Unfortunately we could only pick up and complete one quest at a time, at least game culture now has shown players want to try and maximize their time and efficiency. Seafight does none of that. Whether we’ve become products of a generation that has too easy access to guides and walkthroughs through the internet, or built in systems to hand-hold players through the game, Seafight was a “find your own way around”. We have fond memories of many games like that from our past, but I think the enjoyment found in that kind of “hardcore” gaming is very rose-tinted by nostalgia. Not knowing what you’re supposed to do in a game now… well, quite frankly sucks. 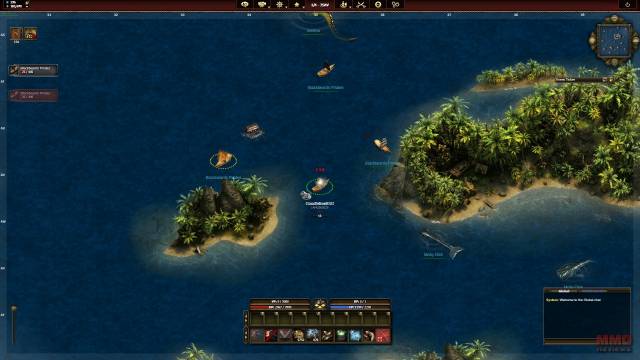 The quests we were picking up were a string of “Sail to X Coordinates” that send us around the first map area. There was nothing we needed to do in between, or anything to do once we got there; just sail. The boring quests (and there were a few of these “Sail to X Coordinates” quests) were further compounded by how long it takes to get around. The slow movement has always been a major bugbear of ours when it comes to Bigpoint’s games, but Seafight definitely goes above and beyond. When the coordinates were at other ends of the maps it was literal minutes of just sailing to the location with nothing to do: this is not entertaining gameplay.

For our Kill quests the game’s pace showed itself again and it took a long time to kill enemies unless we splooged all our currency on the best/most expensive ammo. Still it took around twenty seconds to kill a single enemy, and probably another ten seconds on top of that to sail to the next one in the vicinity. Very frustrating. 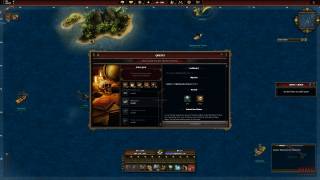 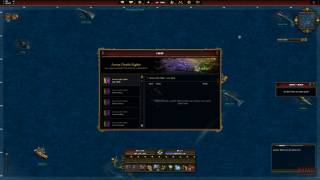 It took a good while until we’d cleared all out eligible quests (at least those we were able to complete that weren’t part of an event), though not due to the amount but simply how long they took. We were then left there, half way in to level one, with no more quests and four near identical PVE maps to sail around grinding enemies. We could head into other maps (such as PVP maps) until we levelled up, which at a rate of two kills per minute and around 9xp per kill, we’d need to grind for an hour on the same seven PVE mobs to get the 1124xp we needed for level two. We couldn’t improve our chances by increasing our ships customization as the financial costs were staggering, we went to other PVE maps but couldn’t find any additional quests. We were at sea without a wind to guide us.

The game is not new player friendly, at least not any more. Whether over the decade since release the XP creep has increased to horrificly grindy levels we’re not sure, but it’s a big ask of new players having only just started playing. The combat is mindless, point and click and sit still until you kill your enemy, so even the grinding element isn’t enjoyable. Back when the game was released and the area was populated and Seafight was more a social chat hub that you could meet new people whilst doing some mindless killing, I’m sure it was great. Now it’s just a ghost ship adrift on empty seas waiting to shipwreck on equally empty desert islands. 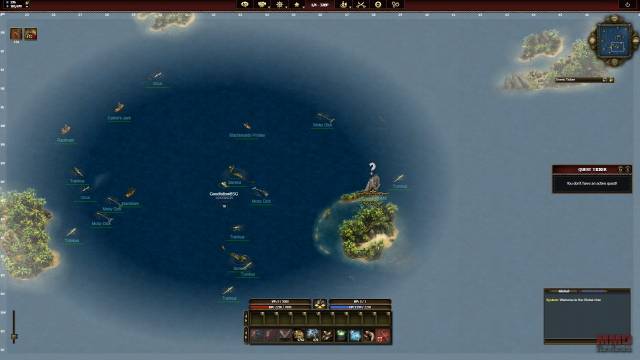 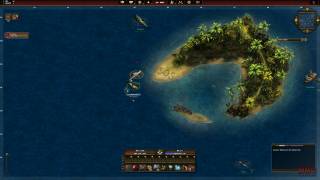 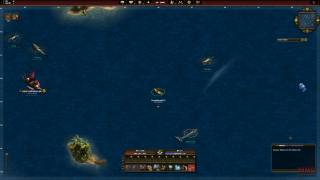 This entry was posted on Wednesday, September 13th, 2017 at 4:11 pm and is filed under Articles, MMO News. You can follow any responses to this entry through the RSS 2.0 feed. Puedes dejar una respuesta, o un trackback desde tu sitio web.