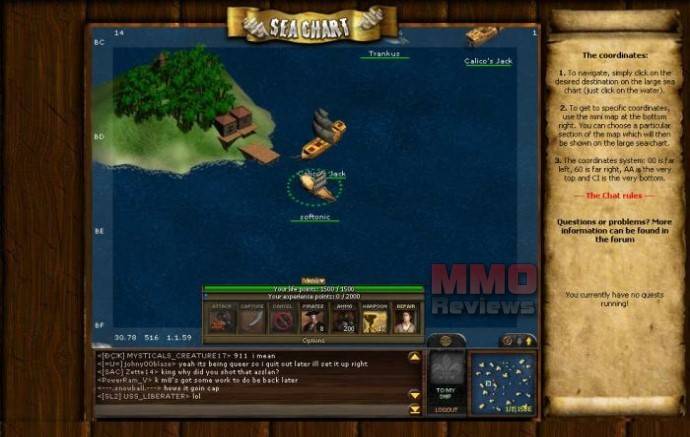 Seafight is a free-to-play browser based MMORPG where players take command of a ship and sail through 50 seas and in four different environments including arctic, tropical and lava. The game offers a wide variety of ships with over 100 different ship designs.

There’s a constant creation of new levels packed full with quests and missions, many items, weapons, pirates and assistants, numerous NPCs and millions of real opponents.

Seafight concentrates on PvP combat as players’ battle in large Ship battles in the open seas for fame, wealth and power. Destroy enemy pirates, battle with huge sea monsters and fight against other players to get experience, equipment and treasures

Players can customize the Ship castles, the weapons, the crew, and the equipment of their ships.

There are four types of ship castles: the forecastle, topcastle, aftcastle and voodoo castle. Each ship castle has three slots that players can upgrade, which can hold different extras which help to the ship’s defense.

You can improve the shield castles with reinforced Hulls, rowers, grappling hook, harpoons, amulets or vodoo spells amongst others.

Once players have advanced to a high enough level, they can join or create a guild, and then they can conquer special islands, that they can use as their base.