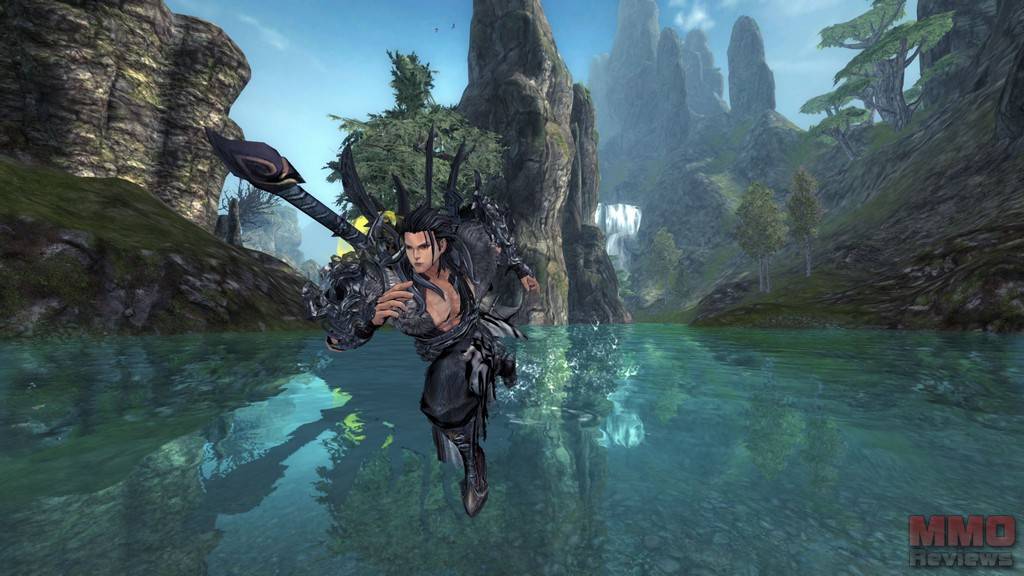 This massively multiplayer role-playing game is based on the famous Manhwa comics by Korean author Jeon Geuk-Jin and illustrator Yan Jae Hyun and continues the comics’ story after a period of 3 decades. The title lets players choose from 2 rival factions introduced by the Manhwa lore, Order and Chaos, offering various classes to play as.

Chaos and Order once had combined their forces to destroy the martial artist clan of ancient Sinji looking to rule the world of Murim. 2 decades passed, the clan went forgotten and rumour had it that a mighty treasure waited to be uncovered leading both factions of Order and Chaos to the DivineTemple where mighty artefacts were found. To the welfare of the country and to protect the peace between both factions, they agreed on dividing the treasure evenly.

Right in that instant, the temple started to collapse, causing both factions to escape the attack launched by a mysterious and treacherous enemy that commanded the fury of hell. Reports of this assault and the annihilation of the present members of Chaos and Order spread, compelling the factions to unit their efforts to destroy the holy location.

As the occurrences at the DivineTemple never became fully known, both factions suspected each other and there was a lot of conjecture as to their role in the events. Another 4 years passed until their coalition that had once united them against the Sinji finally broke apart to give way to an all-out war.

Within both factions of Chaos and Order, players may select one of 4 distinct classes:

Mage – Expert in the magic arts, they are able to use natures’ fury for their powerful attacks.

Archer – Deadly from a distance, they use swift hit-and-run tactics to weaken their foes’ defences.

Warrior – Relying on their strength and weapons, these excellent combatants prefer to fight one-on-one.

Healer – Their healing abilities allow them to hinder their opponents while keeping their companions alive.

Yulgang 2 incorporates a Divine Beast system allowing players to summon their own pets which come with their own stats, levels and skills, their attribute ranging from attack power, to strength, critical hit chance and so on. Pets increase their level when killing enemies at the player’s side and completing quests, some of them even having their own pet quests.

Pets provide players with combat assistance when of the fighting pet type or may used as mounts to travel over land (land mount type) or through the air (aerial mount type).

In order to make combat even more fast-paced and exciting, players can also use Air Sprint manoeuvres, often referred to as Quing Gong and shown in Chinese martial arts films. This capability enables players to run at super speed, walk on water, run up high walls, fly over cliffs or jump from tree to tree.

While being free-to-play, the MMO also offers the option to buy the premium currency, Zenith, to purchase cash items from the in-game shop. There are all kinds of buffs, boosters, potions, extra slot backpacks, appearance change tickets and more.