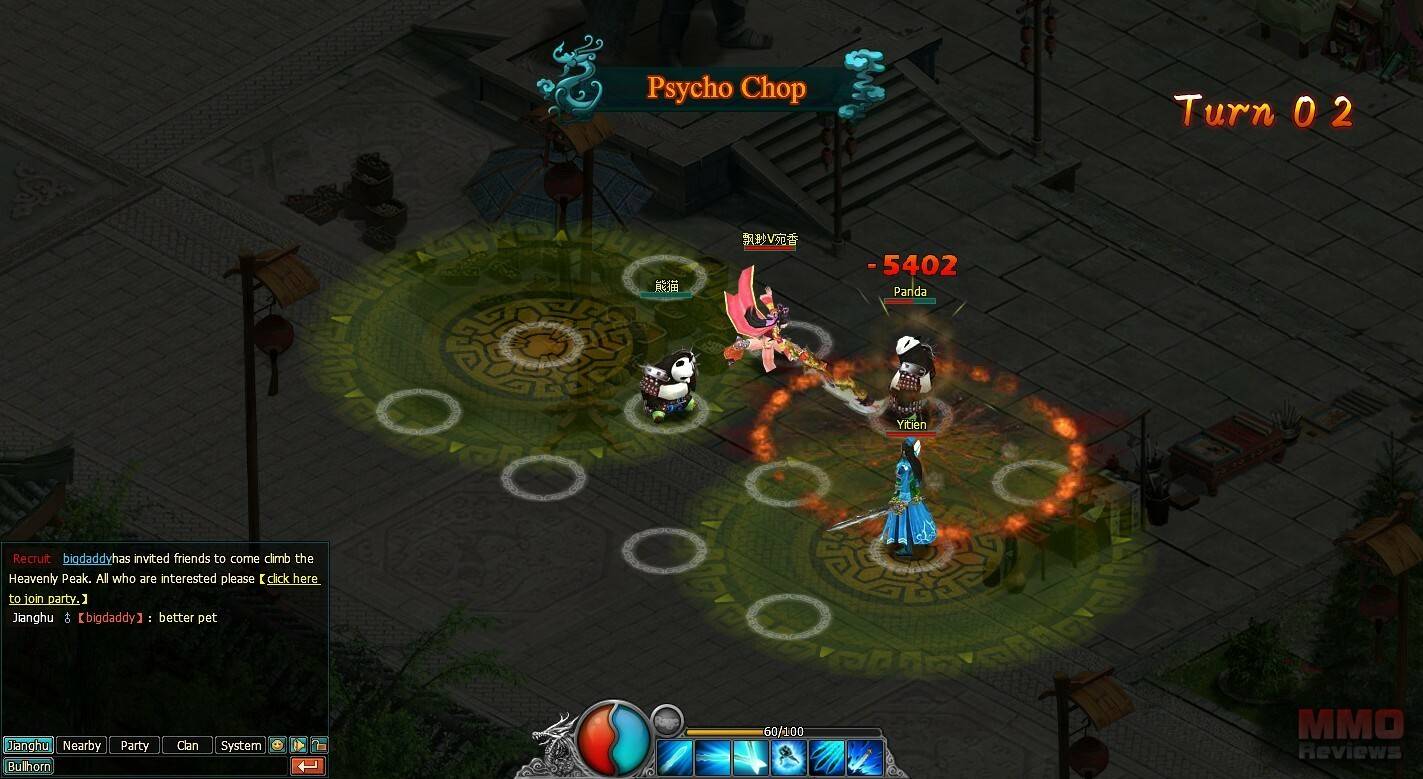 The game is a free-to-play Chinese-themed browser MMORPG which brings players to the world of the Yuan Dynasty, in China on a quest to master the secrets of two ancient kung-fu scrolls. The game offers a versatile gameplay experience ranging from traditional, turn-based RPG battles, a multi-player arena, PK events, mounts and pets to the famous Rock, Paper, Scissors game.

Yitien Chronicles is set in China during late Yuan Dynasty, and revolves around the legend of the Dragon Sabre and the Heaven Sword. Each weapon contains a scroll inside holding the key to mastering an ancient, deadly Kung Fu technique.

The faltering Yuan Dynasty’s mismanagement of the Chinese economy and governmental structure has left the kingdom divided. People are starving and hopeless while bands of warriors, including the Heavenly the Ming Cult, Eagle Cult, the Wu Dang Sect and the Emei Sect are fighting amongst one another for power.

Legend says that a hero, the so-called “Fated One” will appear to unite the different sects, gain control of the legendary Heaven Sword and Dragon Sabre and overthrow the ruling Mongol emperor, restoring Han Chinese rule. The emperor and his advisors live in constant fear of the Fated One, placing traps to catch any who may try to challenge their rule.

Yitien Chronicles features a unique pet system providing players with loyal companions throughout their explorations and assistance in any fight. Pets gain EXP and level up along with the player’s character. They initially have three skills that can be upgraded to level 3 and refreshed for free once a day, which means replacing a pet’s current skill with a new one that will be chosen at random. More pet skill slots are unlocked as a pet’s growth increases.

The game features multiple unique events players can participate in. For example, they may go fishing to obtain EXP, contribution points for clan members, silver, vouchers or ingots depending on the type of fish they catch. This scenario also bears the possibility to steal someone else’s fish, having a good fight for it.

When reaching level 30, players are allowed to enter Kunlun Mts. where they will be disguised as Yeti to fight against other players and real Yetis. Defeating players will earn them points while real Yetis additionally reward with treasures. At the end of the event, participants will receive EXP, honour and growth orbs.

There are a few more interesting events such as the PK event Grove of Valor, the board game Checkpoint or 60 level monster hunting event Heavenly Peak that will keep players occupied and entertained.

Joining a clan in Yitien offers several benefits. Members can gain extra energy each day by exchanging contribution points, may utilize clan formations, participate in clan battles, and purchase items in the clan shop. Shaking the Money Tree and fishing are the best ways to obtain clan contribution and EXP.

In addition, players can plant watermelons to obtain contribution and EXP. Those can be picked in the clan orchard at a set time to obtain EXP, essence and honour.