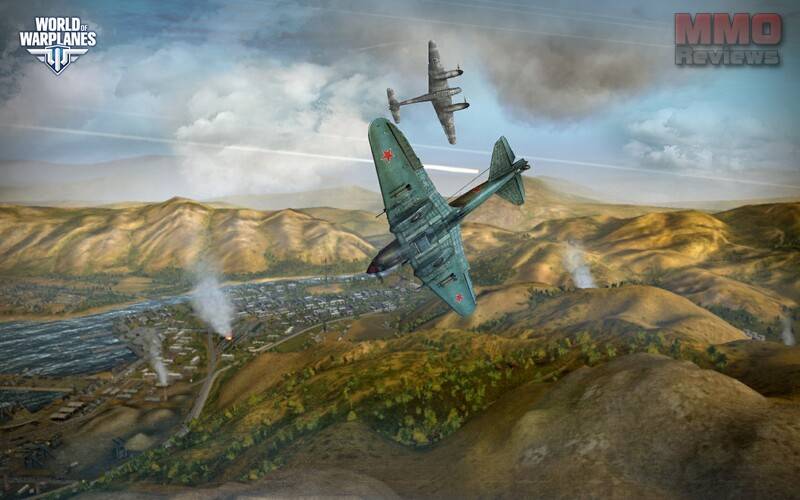 World of Warplanes is a mixture of a simulator and an arcade flight combat MMO action game set in the Golden Age of military aviation, the middle of the XX century. It continues the armoured warfare theme marked in World of Tanks, throwing players into a war for air control. Featuring a wide range of warbirds, each of them unique in their effectiveness and behaviour, the game allows players to build full-scale careers of virtual pilots to encounter real opponents and destroy AI-controlled ground objects.

- Diverse array of planes: 100 models upon release with many more to come later on
- Precise and comprehensive flight model including aerodynamics
- Complex damage system affecting the behaviour of warplanes
- Different times of day and weather conditions with an effect on visibility and plane behaviour
- Various control methods ranging from keyboard and mouse to joystick and gamepad

Upon the game’s release, three nations – USA, Germany, and USSR – will be introduced. Later on, British and Japanese vehicles will appear as well. Players’ personal garages will be able to store several vehicles at once regardless of their country of origin. Moreover, the game will randomly divide players into two teams before each battle, trying to make both teams equal in overall power. This means that a team may include vehicles belonging to different nations.

Each nation has two lines of warplanes that will belong to three main classes: fighters, heavy fighters and ground-attack planes with every tech tree containing vehicles of tiers I to X. Additional branches will be introduced later on.

Players will use historical ammunition: cumulative, high-explosive, piercing and some more variations of bullets and shells. The order in which players will be able to load ammo will be adjustable, which means that they can pick any order of bullets in their machineguns.

Along with shells and bullets, players will be able to use unguided missiles and various kinds of bombs.

Within each nation, warplanes compile a development tree that starts with tier I vehicle and ends up with tier X machines. In order to get a desired vehicle, players will climb up those development trees. You will start with the lightest and cheapest plane, and by earning experience points, you will be able to further upgrade it by installing better equipment of higher levels.

In addition, every plane will have a crew. While the majority will have only one crew member – the pilot – there will be some vehicles possessing second pilots and gunners. All crew members will gain experience and learn new skills.

The game allows players to choose from keyboard, mouse, joystick and gamepad. There is no crucial difference between the control methods; it’s just a matter of taste. To achieve victory, a player will have to think about tactics, not about the type of joystick to use.

In World of Warplanes, players will gain credits by taking part in battles and eliminating their enemies. Apart from this, there is gold that every player can purchase for real money. Possessing gold will result in some bonuses that will neither affect the gameplay nor give players decisive advantage in battles.