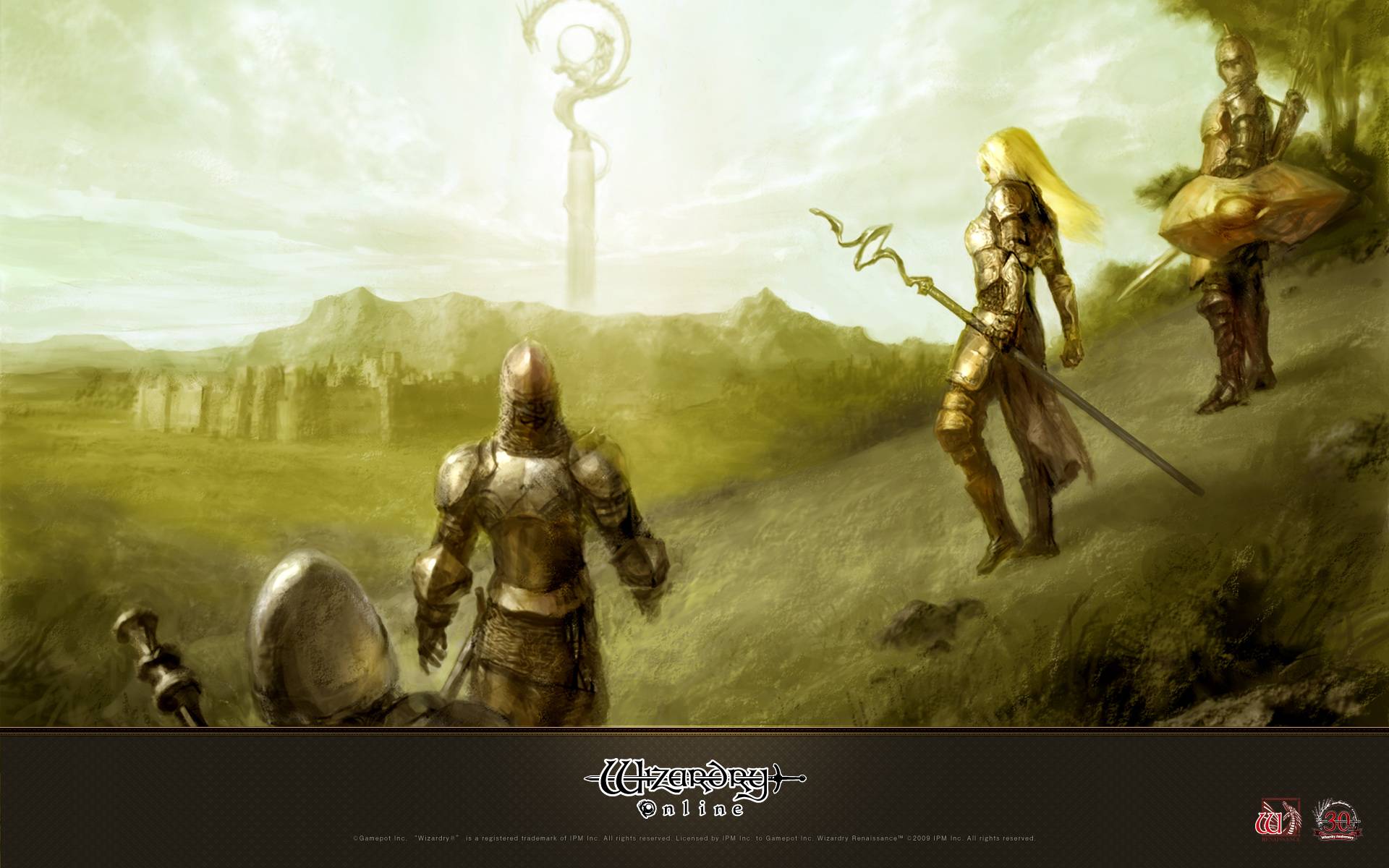 Wizardry Online is a free-to-play MMO game produced by Gamepot based on the classic Wizardry computer games. The game will feature open-world exploration and party-based combat in difficult dungeons. You can parties up to 100 players. When you die you have a chance to get your body back, but if you fail, your character is dead forever.

The developers wanted to preserve the hardcore elements of the game. The game emphasizes dungeon crawling, hardcore gameplay, and a focus on stats and customizing your character.

• Total Customization of your Character - Five races to choose from: Human, Elf, Porkul, Gnome, and Dwarf.

• Twenty main quests - Each quest has three subquests and over 100 missions offered.

There are five races to choose from: Human, Elv, Porkul (an Asian-style race), Dwarf (male-only), and Gnome (female-only).

Any race can play any class, but you need high enough attributes to be able to select the class you want to play. Attribute points are awarded based on die rolls, and then the player can spread them out to create his class. Also, certain races are stronger in particular attributes, so they're more aligned with certain classes. As you level up, you'll be able to access hybrid classes and customize your skill tree.

Wizardry Online is all about dungeon crawling, and players will go through multiple dungeons to get deeper in the storyline but also to get loot drops. Dungeons have platforms, traps, chests, and lots of puzzles that need to be solved before you can progress to the next area. But the emphasis is on combat, and it's real-time and responsive. You can aim a missile at an NPC, but if he moves in time, he can dodge it. Combat takes into account things like blocking and ducking, so it's fast-paced and based on movement.

The most notable feature in Wizardry Online is that death is permanent. After being killed, you will lose your flesh and blood body and live as a ghost. There is still a chance to lay hands on your corpse and gain a resurrection, but it is not easy. A failure means everlasting suffering in the form of an apparition. Resurrection offers only a chance of success, but you can improve it by sacrificing items, and the more items you offer up, the greater the chance of success.

The PVP in Wizardry allows players to attack each other both in the open world and in dungeons, and everything players wear is lootable except for items purchased with real money. The permadeath rules apply to PvP, but the more you kill other players, the greater your chance of earning special titles and eventually being labeled as a criminal. Players can also set bounties on other players.