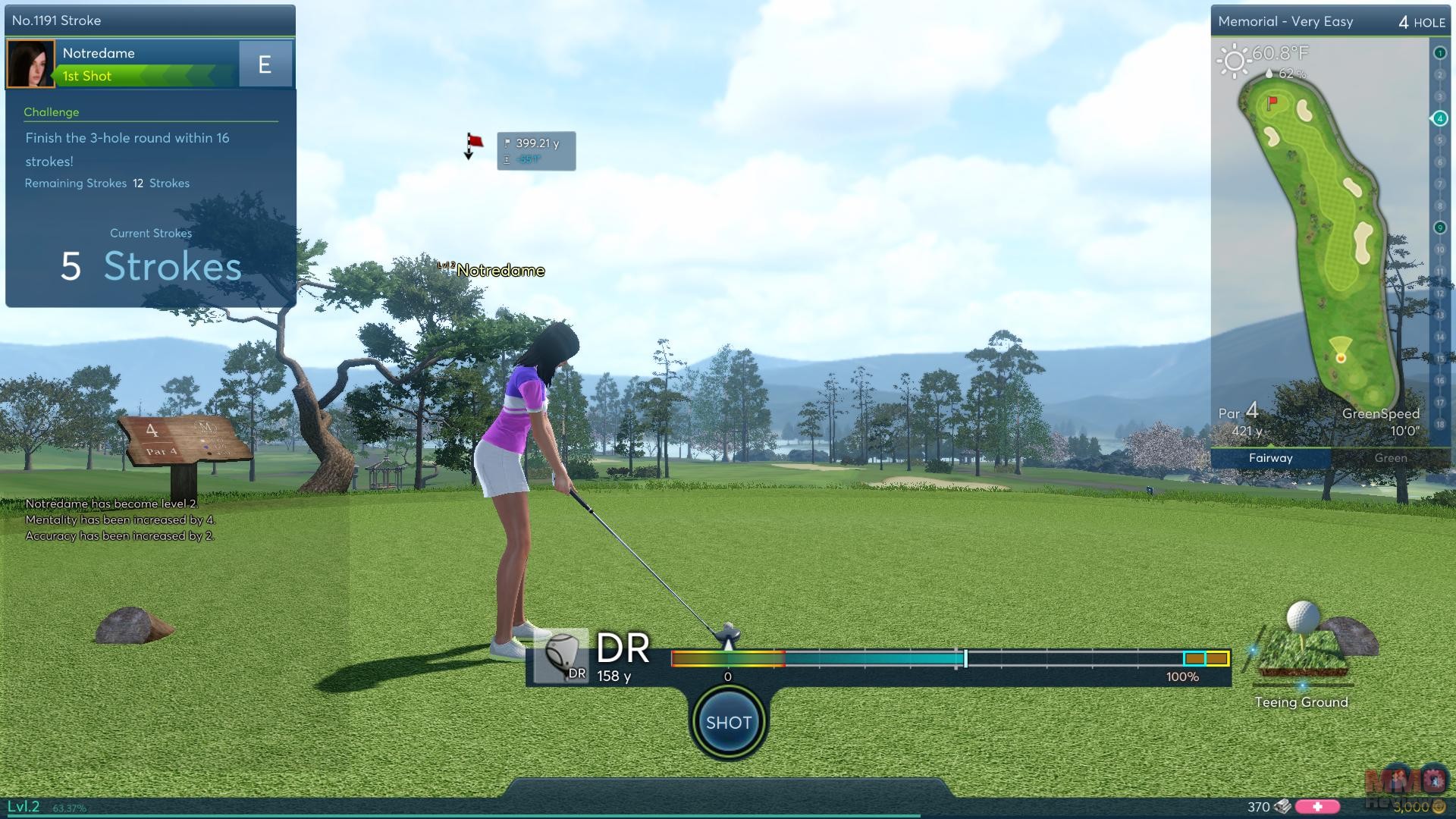 A free to play golf game with MMO features such as classes, XP levelling, quests, gear and upgrades, guilds and social public chat channels. Winning Putt puts together elements of classical golf simulators and adds in its own twist with beautiful graphics designed through the CryEngine.

The game in many ways plays like a traditional golf game, using familiar mechanics that are seen in the majority of golfing games and require player skill most of all, the developers have then added some MMO mechanics to mitigate this where gear and booster consumables reduce the needed skill level to an extent, but where being skilled still gives an advantage.

Players will constantly receive quests of various forms that will reward them with XP to level their character, currency to buy new equipment and even items to help their game. Quests come in many different forms including playing a few holes on a certain course and having to do it in a certain number of shots, or concessionary quests that might give you rewards after slicing the ball (something you generally don’t want to do) 5 times.

The levelling system is very typical of an MMO, for the most part it will initially unlock new features with many of them locked to a set level before they can be used, increasing skills and stats also requires levelling up, as does equipping certain types of gear or quality of club for in a match.

Currency is earned and spent on consumable items that give on off boosts during a game, or items such as Caddies that provide ongoing benefits whilst they are active (typically around 20 mins). Clothing and cosmetic items are available to give your character some identity but mainly players will look to spend currency on new clubs and gear.

Platinum is a currency that is occasionally earned in the game, but is otherwise the primary Premium currency used for purchasing a variety of things from consumables, clubs and entire sets of clubs with the potential of them being rare items; some items are Platinum only purchases.

Using high level physics the actual mechanics behind taking your shot are relatively simple and familiar from other golf games. Starting with a swing gauge players start their backswing by hitting the swing button or spacebar, which will draw the club back; the further it is drawn back the more powerful the swing, this is represented by an arrow moving up the gauge and players need to hit the button again to set their desires power level. As the arrows moves quickly players can underpower their shots so they don’t go as far as they like, over overhit the ball which makes making an accurate shot more difficult.

Accuracy is determined on the downswing as the arrow travels back down the swing gauge, this time players need to stop the arrow on an accuracy line, the close they stop to the line the more accuracy the shot, further away and the ball pulls or slices off to one side. The whole mechanics are simple but require good reactions to get a perfect shot all the time, but gear and consumables can make this task easier.

Aside from player skill and gear there are various factors that players must account for or overcome, these include wind direction and speed, terrain features such as trees, rough (grass), sand traps and water hazards as well as general hilly terrain. When on the putting green the mechanics change slightly and instead of working out the accuracy on the power gauge, players must more accurately aim their shot and read a grid overlay that appears where spots running along the gridlines show which way the land runs, meaning adjusting the direction of your shot to account for it or increasing power if hitting uphill, etc.