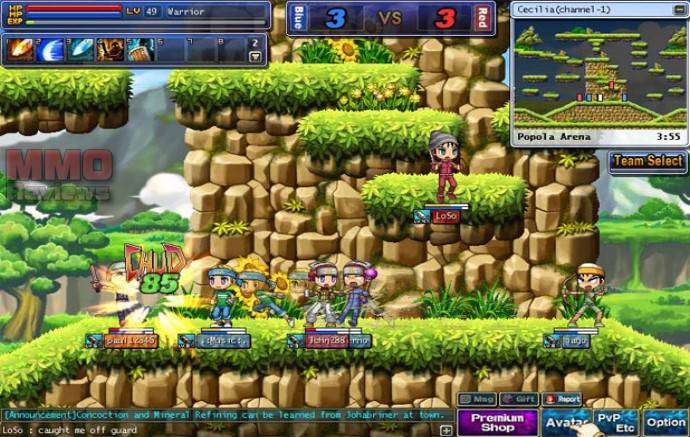 Developed by Hamelin Inc. for Windows.

WindSlayer is a side-scrolling massively multiplayer online role-playing game in which players will embark on a hero’s journey through beautiful Beuritania to become a great adventurer. WindSlayer not only offers the classic role-playing experiences-defeating monsters and bosses to gain experience and treasure-but also exciting 1 on 1 fight stages where players can compete against each other in various maps of the vast continent, using abilities that include special movements to evade attacks or position yourself for a crushing offense, swordplay skills, and explosive magic.

Defeat monsters and challenging bosses to gain experience and treasure , complete quests that will take you to the farthest reaches of Beuritania, or test your skill against other adventurers in exciting player-versus-player battles! Compete in exotic locales and use unique abilities – deadly swordplay skills, explosive magic or agile defensive maneuvers – to defeat your foes.