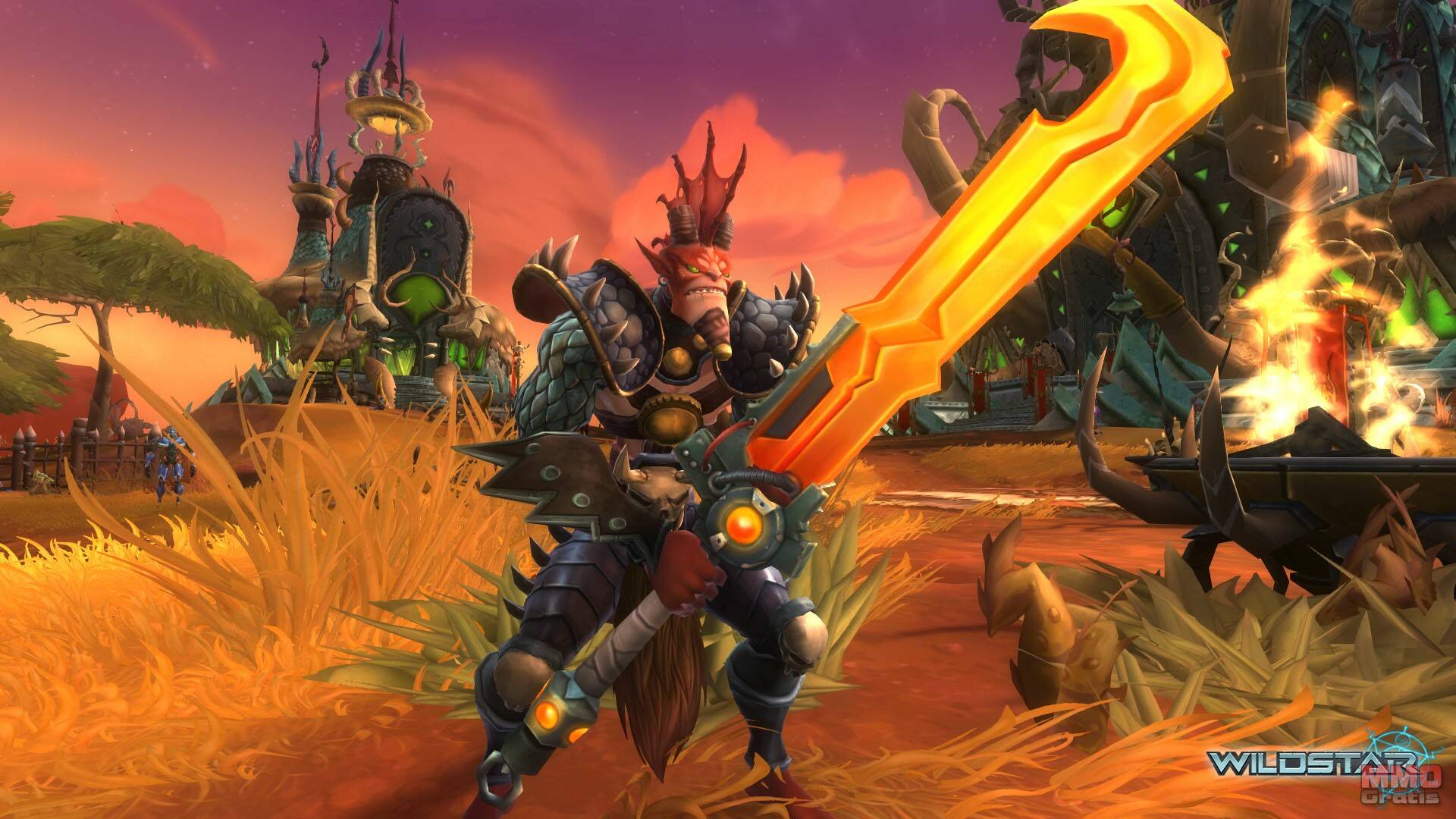 WildStar is an upcoming free-to-play sci-fi MMO developed by Carbine Studios. Set on a wondrous alien world, the game delivers a wild and mysterious adventure among the ruins of anadvanced civilization, allowing you to play the way you want to play while experiencing an unprecedented level of exploration and discovery.

Players will choose one of many unique classes, using skill-based abilities and combat mechanics to defeat a wide range of the dangerous creatures and enemies.

Nexus is one of the most mysterious and dangerous planets in the entire universe, and you just decided to make it your new home. It was once supposed to be the lost planet of the Eldan who have vanished under mysterious circumstances. There are ancient ruins, mystical forests and unexplored moons just waiting to be conquered. However, most of those places are inhabited by cybernetically-enhanced monstrosities, frightening beasts and hostile alien races.

There are 2 warring factions on the planet Nexus, the players may choose from: the Exile and the Dominion Faction. The Exiles, a loose group of cast-offs and mercenaries, who were forced from their home planets and banded together out of necessity, were the first to settle Nexus. In contrast, the Dominion is a powerful interstellar empire that rules the galaxy using military strength, religious fervour and advanced weaponry and technology.

For its release, WildStar will feature 8 playable races, 4 belonging to the Dominion faction, the others being part of the Exile faction. As for now, only 6 races have already been revealed.

Humans (Exile) - After centuries of wandering through space in their dilapidated fleet, the humans originating from the planet Cassius are ready to settle down on Nexus and to defend their new home against the Dominion.

Granok (Exile) - Banished from their homeworld after a bloody war with the Dominion, the Granok are a race of skull-cracking, hard-charging galactic mercenaries. They still retain a deep-seated hatred for the Dominion, and are looking forward to settling the score in blood.

Aurin (Exile) - Small but scrappy, the Aurin are a race of forest dwellers whose homeworld was ravaged by the Dominion. They might be into hugging trees, but they're more than ready to bare tooth and claw to defend their new home on Nexus.

Cassian (Dominion) - For their ambition and intelligence, the Cassians were chosen by the Eldan to establish the Dominion - and they're going to make sure the pathetic vermin infesting the galaxy don't forget it.

Draken (Dominion) - Forged in the heat and dust of their savage homeworld, the Draken have come to Nexus to prove they are the most badass warriors in the galaxy. Eviscerations, disembowelments, and decapitations will definitely be involved.

Mechari (Dominion) - Engineered by the Eldan themselves, the Mechari are a race of highly-efficient killing machines that make it their business to eliminate traitors and spies on Nexus.

So far, 4 of the 6 available classes the game will feature have been announced.

Warrior - Warriors are unstoppable juggernauts on the battlefield, using a combination of heavy weaponry, powerful armour and advanced technology to take care of business. They have access to a wide array of strategic technological capabilities designed to damage, disarm, or incapacitate their enemies.

Spellslinger - Spellslingers are deadly and dangerous gunners, often working as bounty hunters, bodyguards, and guns-for-hire. They have an acrobatic agility and fight with a unique style that's a lethal combination of magic, reflexes and instinct.

Esper - Espers are masters of the mind who tap into powerful psychic energies to lash out and incapacitate enemies or strengthen and protect their friends.

Stalker - Stalkers are feared throughout the galaxy as silent and deadly assassins who always eliminate their targets. They’re also masters of tactical combat, strategically controlling the battlefield with proximity mines and leaving piles of corpses in their wake

Explorer - They explore the wonders of an alien world, travel to the darkest corners of the mysterious planet, discovering the locations of ancient artefacts of immense power. Explorers climb higher, dig deeper and go farther than anyone in order to claim territory in the name of their faction.

Soldier - Soldiers initiate epic battles, mastering new weapons and special combat skills as they smash their way up the ranks for fame, fortune and glory.

Settler - They’re the pillar of the community and bring civilization to this newly discovered planet by constructing outposts in dangerous areas and upgrading existing towns. They work with others to improve the world with banks, transportation networks, vendors, and other helpful structures.

The Galactic Archives are an encyclopaedic repository of lore that will describe the many creatures, people, places, and things players will meet on the planet Nexus. Entries will be unlocked while playing by killing enemies, speaking with allies, accomplishing quest objectives, and visiting new areas on planet. They are organized into the categories locations, factions, sentient species, notable individuals, creatures, plants, minerals, technology, lore, enemies, and allies.