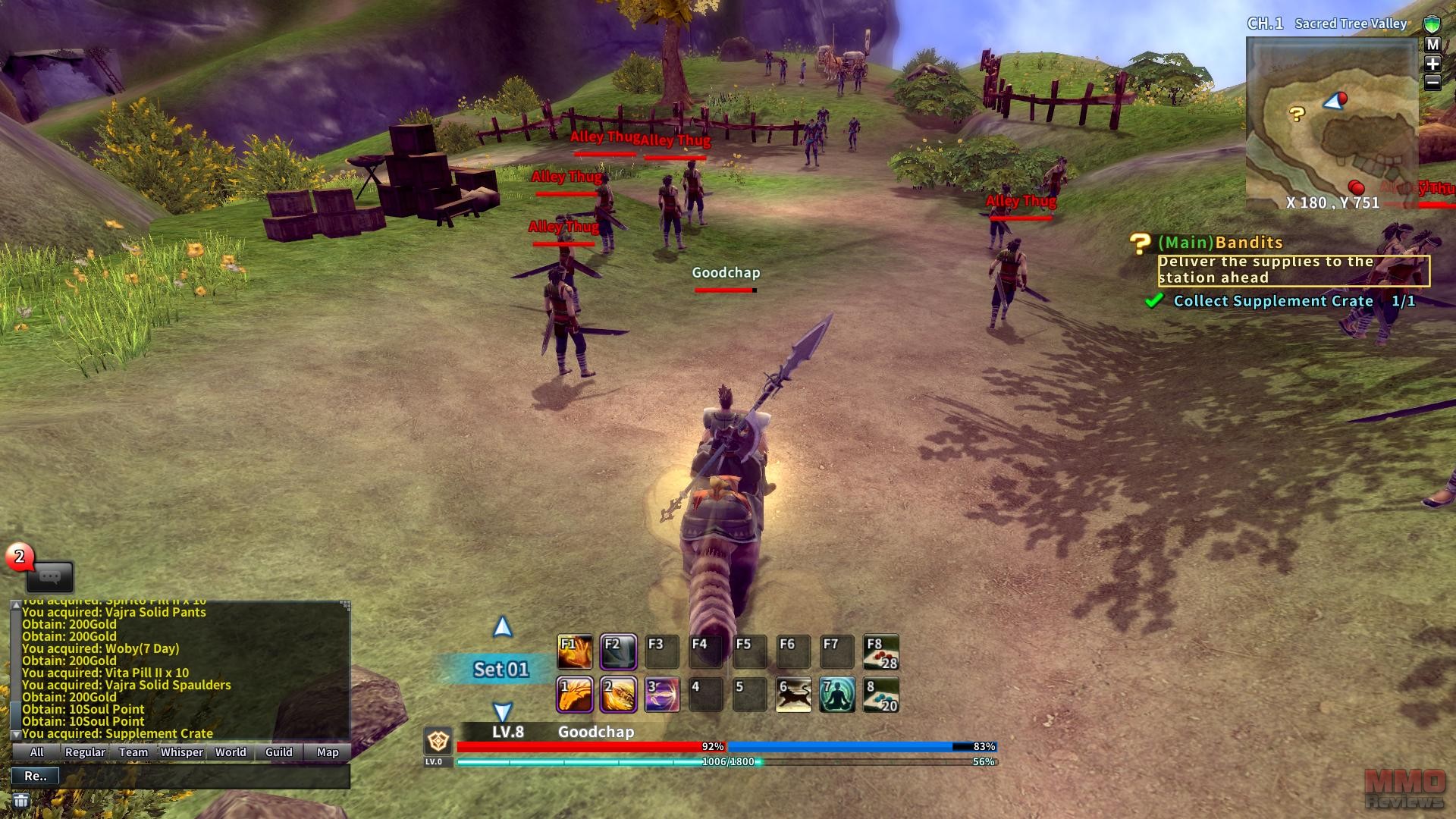 A free to play fantasy MMORPG Weapons of Mythology is a classic feature packed title focusing on a story driven questline where players are battling against a rival sect and the amounting evil of the Underworld that threatens this land in the turmoil of war unless someone can recover the ancient Relic.

Weapons of Mythology takes on a more traditional platform for an MMORPG using many staple features and mechanics seen in the genre, the core focus for players is to earn XP and attain better gear to level up, access new features, take on greater and more challenging threats, and ultimately become stronger characters. With a main plot to progress players will be given various quests that will in turn unlock information and lore about the world and its current events and the player will take a central role within them as the primary protagonist.

The playable clans in the game represent the main classes, each clan focusing upon a set of traditions and style of combat that reflects the core roles players generally fill in an MMORPG:

Vajra – The tanks, armed with a long spear these fighters focus on defenses, high hit point pools and the ability to dodge attacks as they front line for their companions

Lotus – The support, the main role for the Lotus clan is to heal their allies in combat, trained to have higher Magic Resist than other clans, they have mastered the Lotus Fan weapon to aid them in combat

Mist – The mage, able to conjure a variety of spells as well as master the sword with their Taichi martial arts, they augment their own attacks and use unpredictable battle stances in combat

Ascension – The assassin, fast and dexterous they fly into battle with a flurry of blades, wielding a dagger their attacks come quickly as they get their kill then retreat just as fast

Solar – The ranger, using a long ranged bow the Solar bombards distant enemies with a barrage of arrows inflicting high damage whilst keeping themselves at a safe distance from melee attackers

Players earn XP in the game primarily from kills and quests, in doing so they will increase their own character level which unlocks new skills in a set order that the player can then equip to their hotkey bar to use in battle. Skills must be purchased with gold currency and can be further upgraded at specific levels, improving the skill and making it more powerful.

Depending on which weapon the character is wielding in battle, with different weapons available to different Clans, a character will also get weapon specific skills when they equip them, allowing for an extra element of customization. Weapons and Relics can be upgraded with different systems requiring players to use special resources to improve the stats of their gear.

Combat focuses on a tab-targeting system allowing players to quickly cycle through nearby enemies to choose their opponents then use the skills bound to their hotkeys, which consumes mana. Combat typically takes place out in the open world zones as players carry out and complete their quests fighting various monsters and rival Sects, as well as entering instanced based locations where they can fight against waves of enemies or challenging bosses and compete with other players to clear the instance the quickest. The game has elements of action combat when it comes to fighting bosses as these challenging opponents use more powerful telegraphed attacks; marking an area on the ground that they are going to use a special attack in the telegraph shape starts to fill up in red indicating how long it will take until the attack is charged, players can try to stun the enemy where possible or quickly get out of the area where the attack will be made, requiring quick reactions.