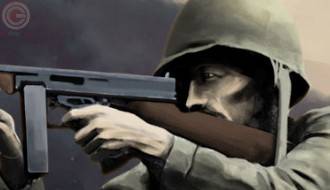 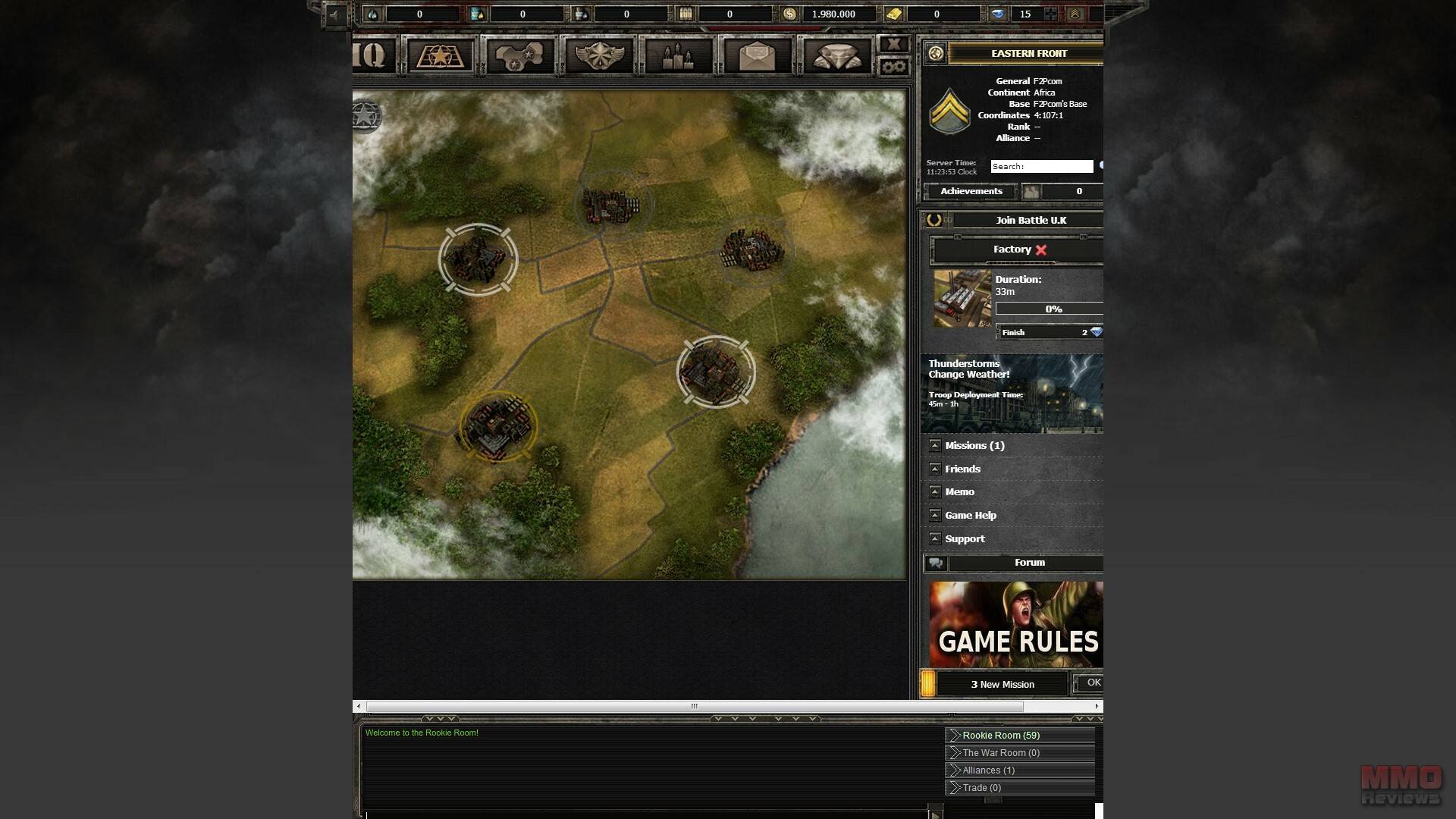 Wargame 1942 is a free to play war strategy and city management browser-based game which takes place during the second world war. The game allows players to build their own base of operations, build facilities, and train an army in order to fight off enemies and rivals

Develop your own strategy and military tactics, destroy your enemies and work your way up the leader board rankings.

The game features seven different types of resources: money, oil, gasoline, diesel, ammunition, gold and diamonds. The oil is produced from construct double oil rigs, and can be refined into gasoline or diesel; this resource along with the ammunition is vital for going into battle and required to use specific types of units. Gold is used to recruit espionage units, but is a resource that does not have much importance at the beginning of the game, but that becomes more necessary as this progresses. Money is the most used resource, because it is necessary to construct buildings, train units, and develop new researchs, and there are a number of buildings specifically used to give you money. Players can keep their money in a Bank, that every 24 hours give them interests.

Diamonds are the premium currency that are used to speed up building, unique training and research times, making construction finish immediately, as well as this diamonds can be traded in for other resources. This item cannot be produced from buildings and must be purchased with real money making it a premium currency resource or by recruiting players into the game.

BUILD AND RUN YOUR BASE

Your base is linked to your account, and is the central element to get the victory, as well as being the starting point of several campaigns. From your base you can build different buildings, manage your research to unlock new and powerful units, and manage your resources where necessary.

Around your base there are several plots of land on which you can build specific buildings as a command center, factories that generate money, universities to study new technologies and defense centers where you can train different soldiers.

Buildings costs increase as the buildings become more important, simpler buildings require only a few minutes, but the most important buildings can take hours and even days to be completed. Once the building is finished this will grant all appropriate bonuses.

Once you have an infrastructure and you've accumulated resources, you can already start to train an army an scout the surrounding regions to find possible enemies. There are dozens of different units available in the game, from infantry and tanks, to aviation, which adds an important strategic factor to the game that allows players to create a balanced army, in which there are no large defensive failures.

When a player starts the game, they'll receive a rookie protection, where they cannot be attacked until they have reached 20,000 points or if they choose to attack someone else first.

Players can search for an available Alliance or start up their own, in the early days an Alliance can benefit a new player giving them support as well is teaching them how to play the game, in later game alliances are commonly used to coordinate attacks on common enemies.

Alliances can actually declare war on each other, but the battles are not counted in the war statistics e.g. the number of won battles. The rules of war that many alliances play by are more community driven and unwritten, e.g. not attacking someone already in a war or attacking those you have an agreed non-aggression pact with, but breaking these “rules” is dealt with swift punishment.