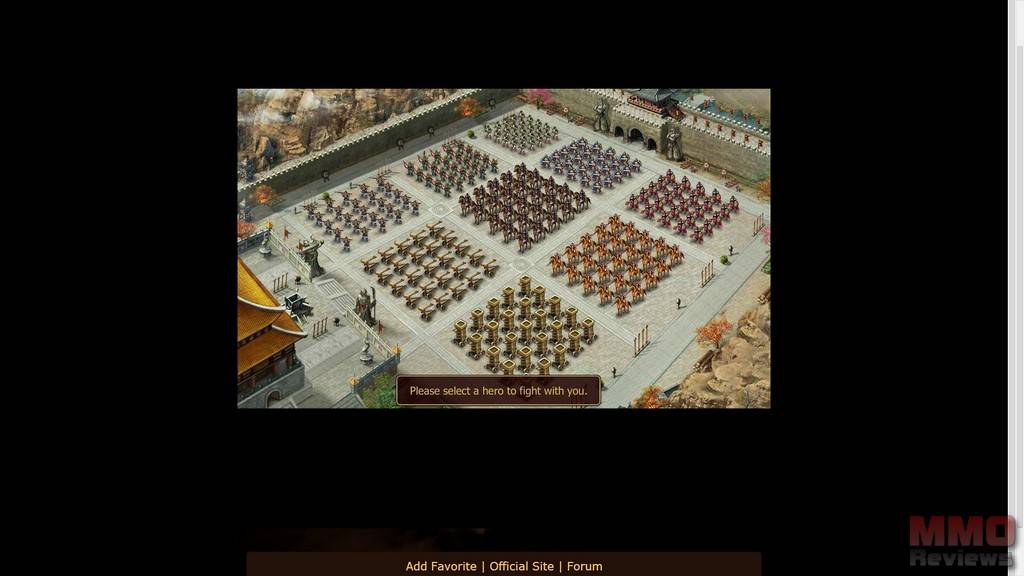 WarFlow is massively multiplayer online real-time strategy war game that does not require a client download and is playable for free in any internet browser. Players are able to team up with each other to participate in fierce warfare against rival players. When building up their empire, they will expand its borders, capture assets such as mines and farms and try to conquer the known world.

WarFlow puts players into the shoes of the head of their own town and tasks them to drive the rebellious militia out of the area. As both the ruler of their town and the commandant of their military, they are in charge of erecting buildings as well as training up heroes to command their troops in battle and kitting out all their military units.

To start out, players choose a specific hero to fight for them and lead the command over their own troops. There’s a wide range of different units available, including archers, swordsmen, spearmen and cavalry amongst others, each having their own strong and weak spots in comparison to each other. Therefore, tactics and strategy are required to set up a powerful combat force for your empire.

The centre of the player’s city is surrounded by multiple empty plots of territory within their city walls where to place different buildings on. Buildings are available in a variety of sizes and shapes, each one having a specific function; the shop, for example, allows players to buy weapons for their military units, which will boost their combat performance. After constructing a building, players are able to upgrade it; though the level of their city centre determines the level troops and buildings can be upgraded to. Upgraded buildings give access to high-level gear or yield greater bonuses. As construction requires a certain amount to be completed, the building queue will indicate a cooldown time.

In the course of the game, players will be presented with various missions and quests which will bring them to perilous areas where they must battle hostile AI factions. Upon accomplishing these tasks, players and their heroes will be given precious silver as well as XP to increase their level. Silver is the most important in-game currency required to equip your troops with gear and weapons, upgrade your heroes and construct buildings.

Gameplay in WarFlow primarily revolves around combat against enemy player empires and hostile AI factions. The world map allows players to select a particular region to send their army to and battle NPC forces to earn honour points in the process. In order to be successful, players will have to set up the strongest military possible before heading onto the battlefield and take advantage of trained heroes, a plethora of different troops and high-quality weapons, armour and warhorses.

When 2 units engage in battle, combat is entirely automated; both sides will automatically exchange their attacks and take damage depending on the unit’s quality. Units in the frontline always have to be fought first, before players are able to attack the troops in the rear. When the fight is over, players receive a report listing the amount of enemy units they managed to destroy as well as the number of their own losses during battle.

Participation in a battle requires Military Call up (MCU) points that diminish with every attack players initiate and increase by default at 1 MCU/ hour. The number of battles player are able to take part in during a session is therefore limited.

The abilities of units can mainly be enhanced by training up the hero that controls them in battle, which directly improves the troops they lead. When a hero is occupied with training, he is unavailable for combat till the training is finished, which required a specific period of time that depends on that hero’s level. However, players are able to log off the game while the training continues until it is completed. It’s also possible to invest points into the hero’s training to further increase his abilities, though they can be trained to a level higher than the city itself.

Besides questing, players are also able to gain silver by imposing levy taxes upon their population, this way not only earning silver but also possibly gold from the residents within their city walls. A cooldown between levies prevents players from continually gaining silver by this means.