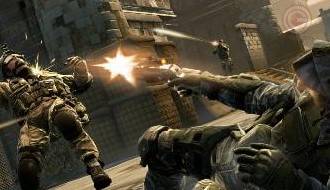 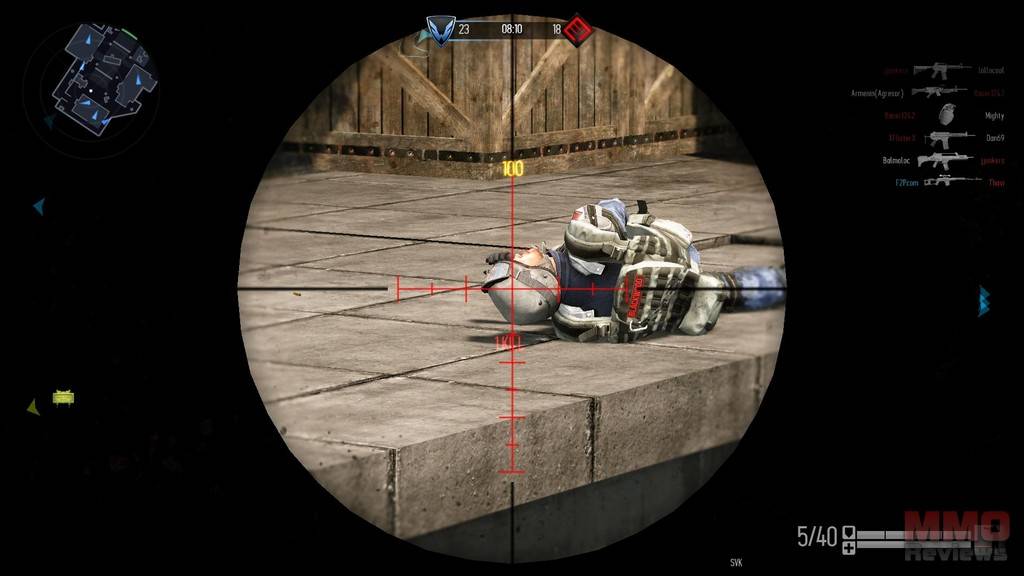 Set in a near future Warface is an adrenaline pumping first person shooter MMO where players can fight against each other in exciting PVP matches or work together in scenario based Co-op campaigns. Completely free to play this beautifully designed FPS was built using CryEngine 3 providing stunning visuals and effects to create a truly immersive cinematic experience and gets players right in the middle of combat.

Offering up a traditional FPS game players have the option of working together in team based combat either against the challenging AI Blackwood special forces in a scenario based Co-op mode or fighting in exciting PVP matches against players from around the world. The variety of unique class abilities, team based actions such as helping each other climb up walls or working together to move heavy obstacles, the game offers a lot in the way of team based gameplay.

Warface allows players to choose between four different classes, each with their own flavour and style of play as well as unique class abilities to help support their teammates:

Sniper - equipped with a SVK Sniper Rifle this class is by far the most deadly when it comes to critical attacks, dropping enemies from a distance they have a higher damage output than any other class

Medic - using a Shotgun to offer some offensive support they are the primary healer in a team, able to heal their teammates and themselves as well as revive any fallen comrades

Engineer - a diverse fighter using their Z84 Submachine Gun and MG Special they also come equipped with claymores, remote detonation explosives this and the ability to replenish teammates armour

There are new challenges and rewards that players can attempt every day, working together with other players to go up against the rival Blackwood private military, a team of five will work through various campaign scenarios regardless of their level. Co-op mode encourages team based gameplay, requiring allies to work together to overcome the various obstacles they will face off in the form of enemies and environmental hazards and if successful will be rewarded with Crowns in game currency to spend in the in game shop.

Warface offers up numerous PVP modes for players to fight against each other in primarily team based matches with up to 8 players on a team:

Free For All - every man stands alone and every other fighter is an enemy that must be eliminated, earning points from kills the first person to reach the target score or the player with the highest score at the end of the match time is the winner

Team Deathmatch - a similar victory condition as Free For All only this time players have the benefit of having a team of other players watching their back, where players can focus more on tactics and cooperative strategy to eliminate the enemy

Destruction - another point control system laid out in the middle of the map that both teams are competing against each other to control, if successful they are able to call down an airstrike attack on the enemy locations, with three airstrikes call down that team is declared the winner

Plant the Bomb - another attack and defend style match where one team is responsible for trying to plant a bomb within the enemy base whilst the other battles to defuse it or eliminate the enemy completely, with both teams switching sides and objectives at the end of the match