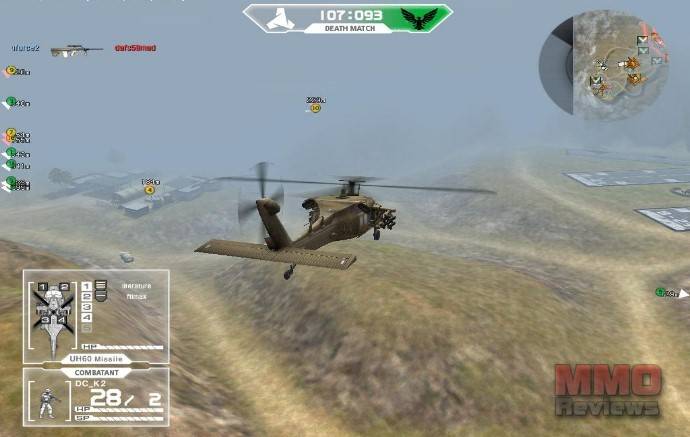 In War Rock players work together in teams and go up against other teams in exciting PvP combat using a range of classes, each customizable with their own gear, and play through a large selection of maps and game Mission modes. The game can be played for free and has an in game premium store that allows players to spend real world cash to purchase Premium Currency that they can spend on extra gear and buff items to help them.

War Rock is a classic MMO FPS and focuses on players working together primarily in team based PvP combat, earning XP and rewards from successful matches where they can increase their level and try to improve their player stats and work their way up the rankings leaderboards. The game offers up class based gameplay and the opportunity for players to drive a variety of vehicles during combat, making it considerably more unique than other MMO FPS games on the market.

In total players can choose from five unique professions, each of which come equipped with different weapons and gear and also having their own unique roles and skills to make them more useful in a match:

Medic – lightly equipped so that they can fight their way to any injured comrades, the Medic can offer up first aid to patch up any companions’ wounds

Assault – a versatile frontline rifleman they have a weapon for every contingency, focusing on getting into the heat of battle quickly and asserting their dominance

Heavy Trooper – unmatchable firepower is the name of the game for the Heavy Trooper, with mini-guns, rocket launchers and anti-tank mines they can take out both infantry and enemy armor

Maps are primarily divided up into three different types:

The six mission/game modes available in the game are:

Conquest Mode – two teams battle to take the neutral bases, their own Kill Point Timer ticking down as the game progresses, the more bases they control the slower it ticks for them and the faster it ticks for their enemy. The winner is the first team able to capture all bases, or whoever has the highest number of remaining Kill Points at the end of the clock if playing a timed match.

Capture the Base – two teams battle over a neutral base that they must control and defend for a specific amount of time to claim the victory.

One Man Army – a typical, fast and fun deathmatch where every player is looking out for themselves; the player who gains the most kills wins the match.

Bombing Mission –one of the teams is charged with planting a bomb in a chosen area and the rival team must track them down and kill the enemy or diffuse the bomb when it is charged.

Team Deathmatch – a classic team deathmatch, no objectives other than to get as many kills for your team to win the match.