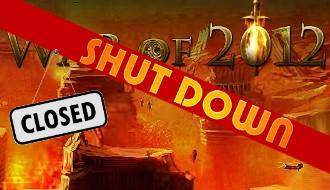 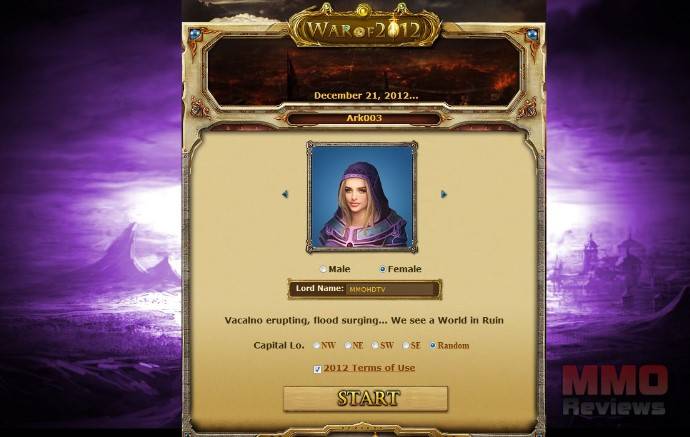 War of 2012 is a free to play  browser based game where you can have an adventure in the year 2012. The game features a stylish oriental interface and architecture, and to compliment this there is more than 30 types of troops available for battle.

2012, A new era begins and there would be a new world! Or there maybe something else we can’t imagine! What about experiencing it yourself? War of 2012 allows you to have the chance, go for the end of the days or new era, and through to the unknown.

The entire world spiraled into a deep depression resulting in a sharp cultural split. The new leaders of the world, believing that the downfall was the result of a misuse of technology decided to strip the common people of most of the modern technology and education. In doing so most of the technology we see today was lost to the ages. The new world became a primitive and dark society. People struggled to survive, worked hard to rebuild cities on the land and people who still had access to education and technology were chosen to be lords. The lords led their people to develop construction, production and research, trying to bring the civilization back. However, the task was far from easy and everywhere there was unrest and strife. Barbaric groups who were killing and plundering without any respect for law had to be dealt with. They continuously robbed from cities to accommodate their luxurious life. There were so many robbers that they even attacked each other to rob resources and territories. Here you begin your journey in the war of 2012.

In War of 2012, there are four ages: Dark, Feudal, Castle, and Imperial Age. Players can vividly see and experience the history of one society unfolding. By upgrading each level, there will some unexpected excitement, including the architecture style, troops as well as the research.

there is profound Age Protection system within the game. You can attack players in the same age, but you won't be attacked by those in higher ages unless you attack them first. You may keep your focus on building up cities without worrying about being attacked by stronger players at the beginning of the game.

Heroes in War of 2012 are graded in rarity: Grey, White, Green, Blue, Purple, Orange, Red and Golden (from low to high). Heroes with high rarity will have greater potential for attribute growth. One player can own 15 heroes at most. To optimize mastery, players can arrange what type of troop heroes command and appoint battle assignments for them based on their attributes, skills and talent. The gorgeous equipment sets in game can be used to outfit heroes and give them bonuses in battle eventually becoming nearly invincible.

In War of 2012, there are 12 troop columns and they are all tightly bound with one another. They all have unique talents and fame. So no one single troop in game can be named as troop of ultimate force. For this reason players will not be able to win by vast numbers alone. Knowing how to arrange various troops in a group and selecting the right hero to command them are very crucial in the outcome of a battle! Battles in the game are turn-based. When the war opens, both offenders and defenders attack each other simultaneously.

The melee troops will be in the front row, and the ranged troops arranged in the back row. Abundant troops columns and multivariate battle modes; it is very hard to figure out who will win and bask in victory and who will be handed defeat. We are expected the wise to make their entrance and show us the best strategies for war.

War of 2012 allows one to transact with other players in game for resources, treasure boxes, materials, equipment, or even hero orbs. The cunning merchant can get something marvelous at a comparatively low price. Or you can also auction something in the Market. There will be someone speculating on the future prices of goods that will surely tempt them to buy at the values you set for your wares. What a great chance! You know you can only expect this official win-win deal from 2012.

The Diplomacy system was designed to allow players to define their own social relationships and shape their own situational experiences with other players within the game. This system helps to facilitate a balance of power within the game world. While the Alliance system forms backbone of the diplomacy system it also gathers players with like-minded goals and agendas to prepare for the trails of the Temple Arena.

The Six great temples of the lost Mayan civilization are now revered as great oracles of the world; the treasures that have been found there since the date of the cataclysm are thought to hold symbols of great importance and clues to the hope of humanity. Alliances seek these prized treasures as they are often used as a means to control portions of the population that have taken to worshiping the great Mayan kings and deities. To have a chance to compete for these rewards there is a strict method of selecting the order of battle in the Temple Arena.