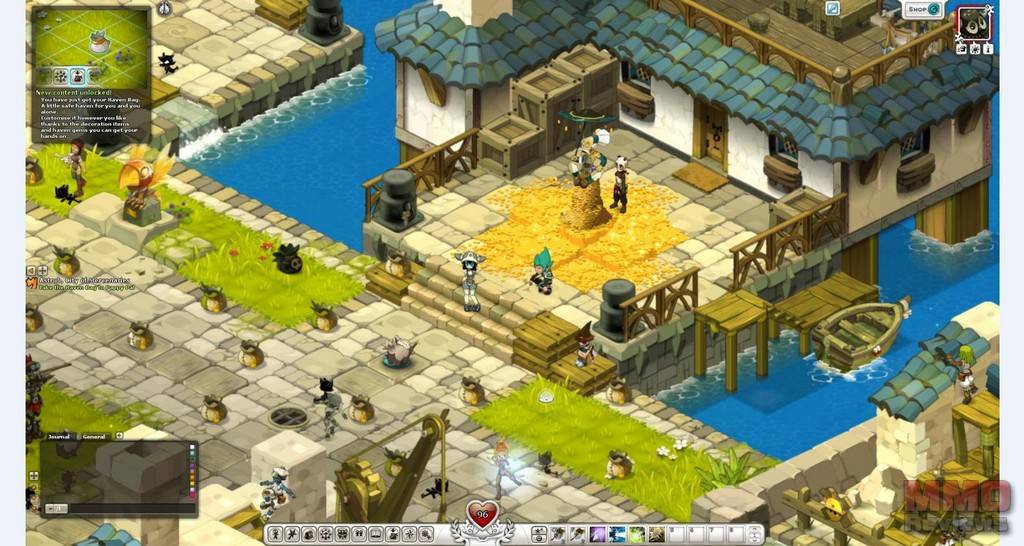 Wakfu is a free-to-play turn-based MMORPG that combines a live ecosystem with an interesting political system managed by the players.

Regardless of the path chosen by players, in Wakfu everything depends on them.

1,000 years after the Dofus Era, the world of the twelve is in ruins because of the chaos caused by Ogrest, which has brought earthquakes, floods,  and tidal waves. Fortunately new heroes have appeared, bringing new hope to this desolate land. To be able to heal the world, they will have to use the Wakfu, the primordial energy of the universe. But this will not be an easy task and numerous adventures await them.

In the game you can choose from a huge variety of professions with which you can specialize your character, either focusing on creating items or on collecting materials. All the characters learn the profession of Kama Minter at the beginning of the game and subsequently, they can choose to be a miner, woodsman, trapper, fisherman, farmer, herbalist, handyman, Cook, Baker, tailor, leather dealer, jeweler, armor smith or weapon smith (for ranged weapons, melee weapons or AoE weapons).

With the professions players will earn money, get resources, and help to rebuild the world. Lumberjacks and herbalists, for example, are able to planti seeds and trees to repopulate the forests, while the trappers are able gather monster seeds to maintain a sustainable population of monsters.

Combat in Wakfu is turn-based and very tactical. Each turn lasts 30 seconds, so each combatant has the opportunity to move and cast spells, but not everyone, and not at the same time. Players can fight alone, but the tactical aspect really comes into play when they fight in group. Up to six players can form a team, and it’s up to them to choose the best combination of classes. Whether fighting against monsters or other players, players not only have to plan their positioning, they will also have to take into account the dodging and blocking techniques.

In Wakfu, the ecosystem is in the hands of the players since they have the power to protect and exploit their resources and their actions have a direct impact on the game world. Players control the number of plants and monsters that exist in each territory, as well as its climate. However, players have to be careful, as resources have a direct influence on the development of their character and of their nation as a whole. The responsibility for the environment's future is all theirs.

The game world is inhabited by more than 700 types of monsters, some of them are humanoid, while others are beasts. Players can fight or capture them for their hides, skins or seeds, and depending on the character’s class some can be summoned in battle to fight along the player.

In Wakfu, players have to choose a nation. Once they have become a citizen of his chosen nation, they can vote in the elections and become a soldier or a protector of his nation, as well as having the opportunity to become an important political figure in the game. The whole system depends solely on the players, who can establish laws, elect a Governor, and form a Government.

Player's loyalty to their nation is measured in Citizenship Points. These points can be won or lost according to the laws of their nation. Players who violate laws might languish in jail one day.

Finally, the international relations of the game constantly affect all Nations. There are three states of relations between two Nations: Allied, neutral and enemy. The Governor of each nation is responsible of forming alliances or declare wars.