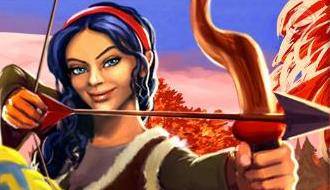 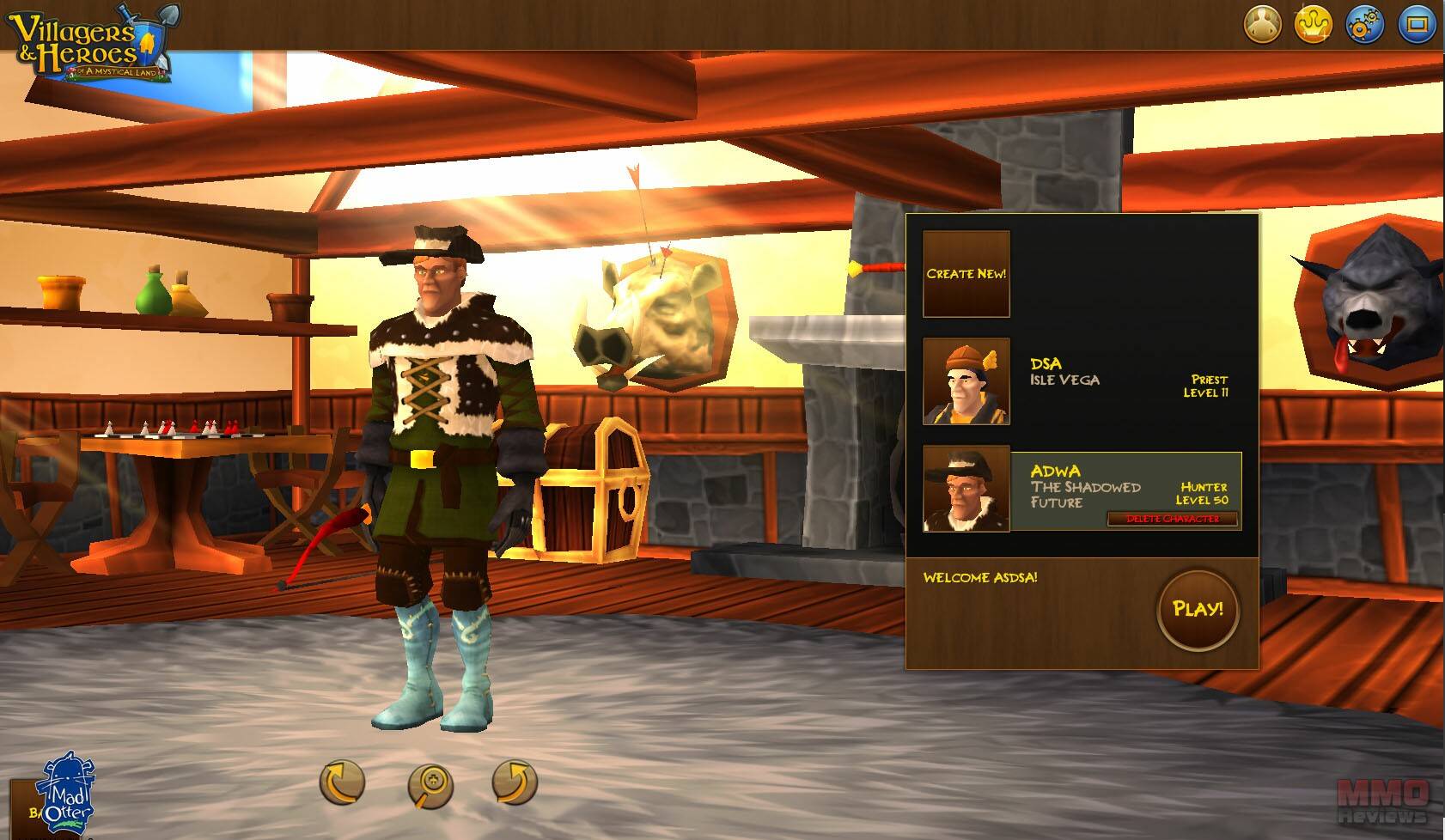 A traditional fantasy free to play MMORPG with its own series of features expanded and twisted to make it different from other similar titles on the market, Villagers & Heroes offers up exciting and fun quest-based story-driven content as players become the heroes of their own tale.

Rise as a hero in the Seven Realms, a world of magic forged by the Legendary Four long ago this world is now on the brink of falling to chaos as malevolent forces conspire to raise dark armies and bring terror to the people of the land. Head out on a heroic journey, seek out the gifts of the Elders and restore peace once more to the Seven Realms.

There are four classes in total that players can choose from, each with their own to specialisation paths and a variety of spells and skills to further customise a players experience, particularly when engaging in combat against challenging AI monsters:

The Wizard - a master of elemental magic the Wizard is able to conjure molten fire and destructive infernos as a Fire Wizard, or focus on being an Ice Wizard utilising blizzards and ice to shield themselves from damage and freeze their opponents where they stand

The Hunter – an agile and dexterous combatant they focus primarily on long ranged attacks using their bow and arrow, able to specialise as an Assassin and become masters of stealth or build up their flurry attacks as a Rapid Hunter

The Priest - a Priest claims their powers depending on the deities and alignment they choose, as a Holy Priest they will be gifted powerful healing abilities to aid their allies where the Shadow Priest can bring only death and despair to their enemies

Villagers & Heroes focuses on providing quests to players that will give them XP and rewards to help them advance in the game, typically sending them to dangerous locations where they must fight a variety of different challenging enemies. The greatest challenge players can try to defeat are the Elder Bosses, these unique bosses are available through the various tiers as players level up, meaning they always have a challenge to try and tackle. As well as providing lots of XP and loot Elder Bosses also drop a single Elder Fragment upon their death, these fragments can be used to recreate the ancient Elder Gear worn by the Legendary Four; once equipped it will arm its wearer with powerful Elder Abilities geared specifically towards their class.

Players have the chance to design and construct their own home as a place to simply get away and take some down time between adventuring as well as offering practical elements in the way of stations to work on the various crafting skills as well as the Ranch and the Garden area. The Ranch hosts any animals that the player has managed to rear, there are responsible for feeding and tending to these creatures and in return can harvest resources from them, similarly with the Garden if players are careful and tentative to their plants they will be rewarded with materials that can be used, sold or utilised as materials in crafting.

With four Gathering skills (Fishing, Mining, Bug Lore and Plant Lore) as well as four prime Crafting skills (Smithing, Woodcrafting, Tailoring and Cooking) players can craft all manner of items from useful buffs two weapons and armour for their respective classes. These items can be used, traded with other players or sold on the games Auction House.