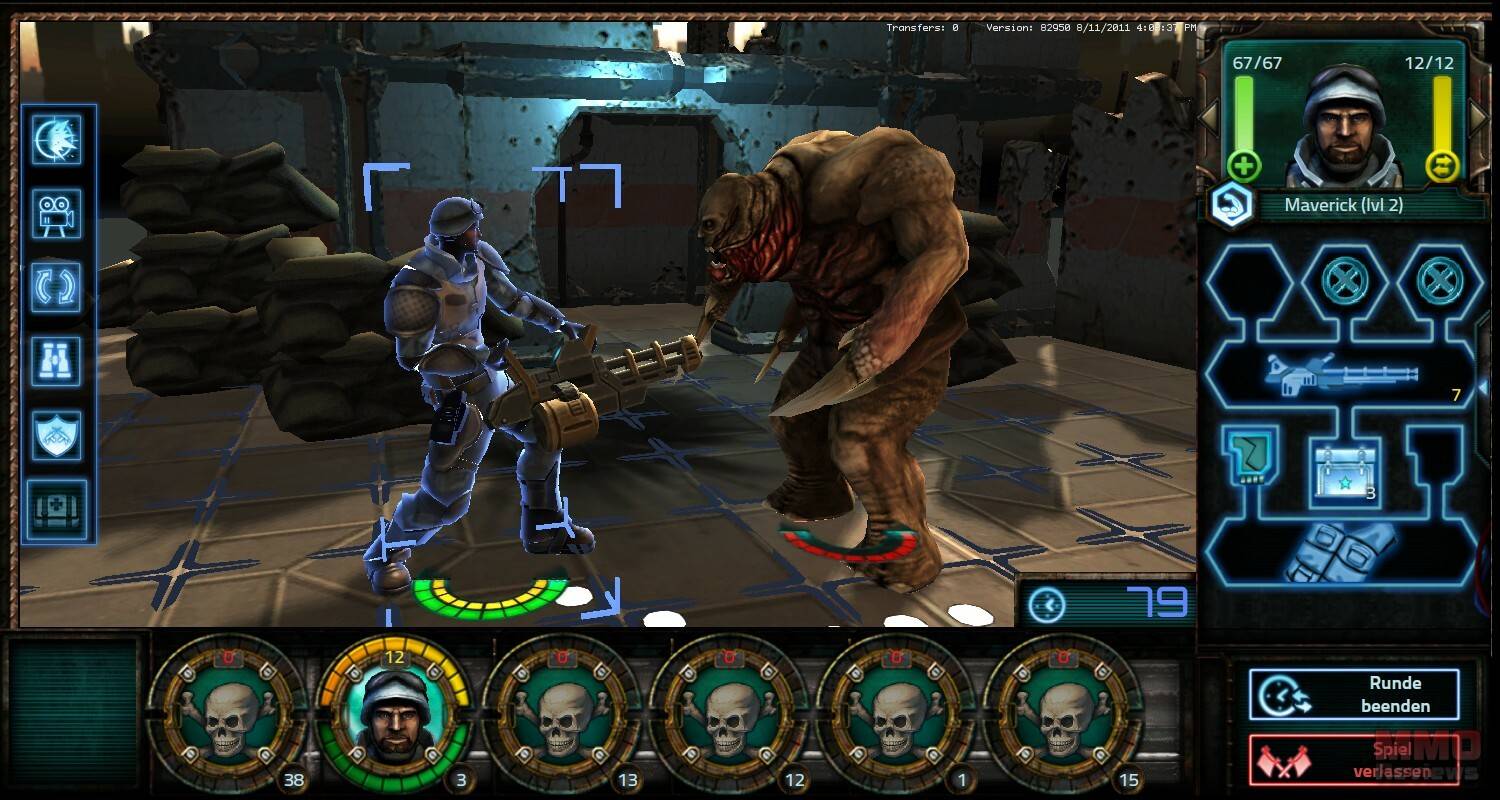 UFO Online: Fight for Earth is a free to play browser online game set in the near future. Humanity has split into three factions that are competing for the few remaining resources left on Earth. Energy is in short supply and, to top it all off, first contact has been made to extraterrestrials.

Wage tactical battles across the world with your hero, build your base and put together a hard-hitting group of fighters. Unlike in other browser-based game, all fights are rendered entirely in 3D.

"We come in peace." – The red flag should probably go up whenever extraterrestrial visitors use this phrase. In the tactical browser-based game UFO Online - Fight for Earth humanity has also made the mistake of trusting the aliens. A terrible mistake, as it turns out. The supposedly-peaceful aliens soon turn out to be nasty invaders looking to exploit our planet's resources. While a majority of the population still believes their lies, three factions of resistance fighters form to take up arms against the aliens.

PvE mode is all about destroying the extraterrestrial invaders while PvP battles are between players. Here they need to demonstrate their tactical skills and the firepower of their troops against other human opponents.

3D graphics right in your browser - The Unity 3D allows you to experience real 3D models during battles. No more boring, ugly text-based battles like you might know from other browser games.

Expandable base - Expand your base so you can accommodate more units and heal them more effectively or just to be able to create even better weapons.

3 factions - Choose one of three factions. Whether you choose the American Stability Pact, the Central Economic Federation or the Ruling Confederation East, each side has its advantages and disadvantages and its own goals.

A variety of mercenary classes with unique skills - Choose between different classes and optimize your team. Whether tank, medic or sniper: You can choose from these and more in the game.

Tactical battles against the AI and other players - Think twice about your next move. You're responsible for your team and it should come out of the battle victoriously. Whether you're fighting aliens or other players.

Strategic planning - You're dreaming of taking over the world? In UFO Online, you can. Good luck, you'll need it!