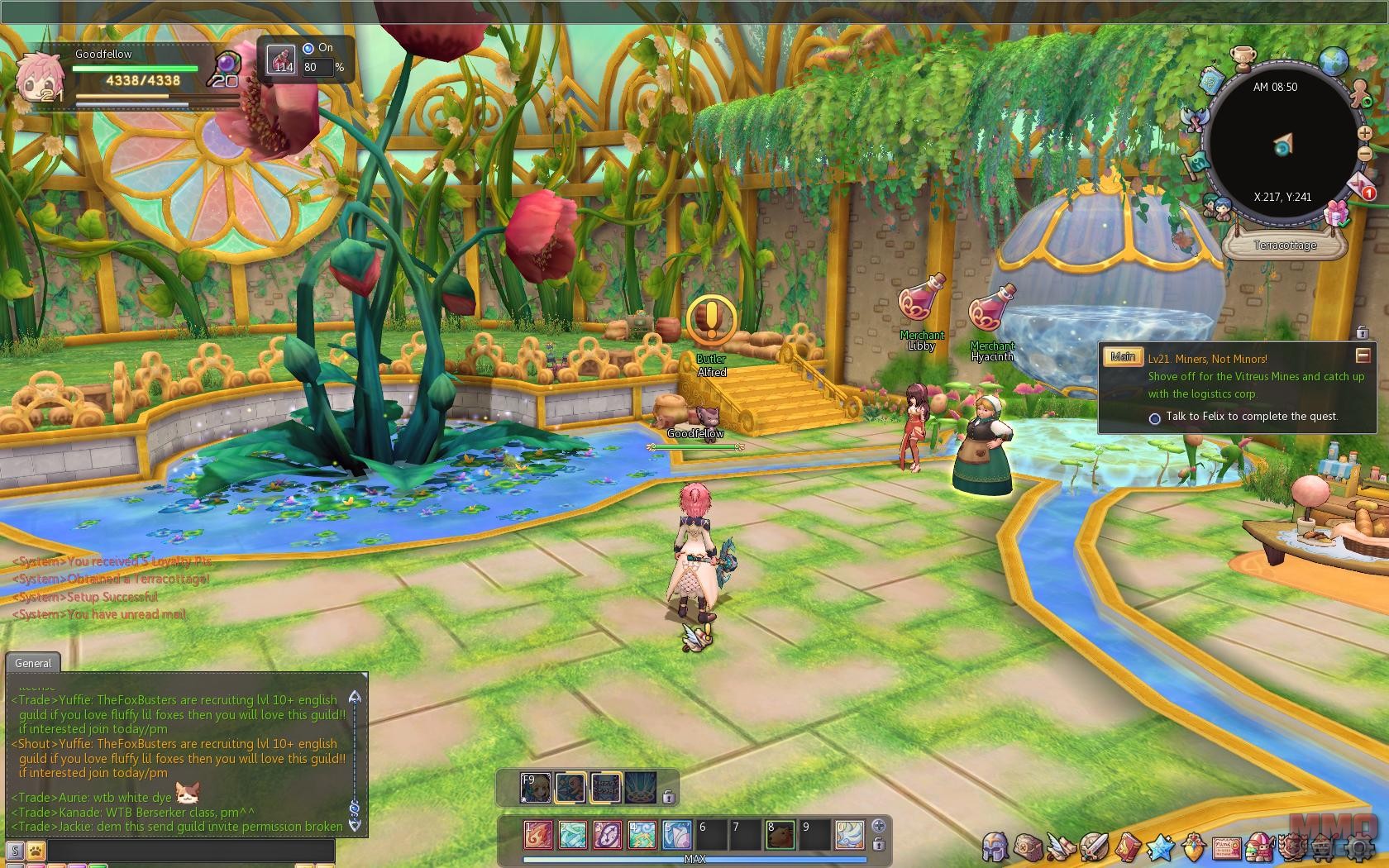 Twin Saga is an epic anime MMORPG set in a fantasy world of magic and monsters, players step up as the hero to save the land and will meet companions along the way as they delve deeper into this story driven title. With multiple classes to play as, arena based PVP, open world and instanced dungeon quests, gathering and crafting, player housing and more, the game is a feature packed free to play MMO.

When two ancient twin Goddesses disagree over how the fates of creation should be written, a feud between them forces one to take matters into her own hands and try to destroy the balance created with the Celetial Scale. Her twin sister, trying to stop her, used the last of her power to unleash powerful and loyal warriors to stop her, the Senshi… it is now their duty to save all of Creation.

Twin Saga is a typically traditional anime MMORPG, with colourful graphics and simple gameplay it is suitable for most ages, its themes focusing on fantasy and the cute anime style encouraging a more light-hearted game. Players can create multiple characters, level up different classes, learn professions and work their way through plenty of PVE content.

Players, when creating their character, can begin initially as a Swordsman, Gunslinger or Mage, three different classes (with a fourth currently unreleased Dragon Knight) with their unique styles of play and their own abilities to be used in combat. Players earn XP as they play their character and complete quests or kill enemies, in turn they will level up and at set levels unlock new classes via a quest, in order: The Cleric, The Paladin, The Hunter, The Rogue, The Berserker and The Occultist. When the second class is unlocked players are able to switch between classes when out of combat, meaning players in a group can always ensure they have those needed classes (such as a healer and tank).

Players control their character by using the left mouse click or WASD, they can target enemies manually or with tab targeting to lock onto an opponent. Each class has five primary skills that they can use, and can have access to three different ultimate abilities; ultimates are triggered by the player using their skills in combat and building up SP, when their ultimate bar is maxed out they can trigger their ultimate for a powerful combo attack on their enemy.

Characters will get more powerful by unlocking new gear items in the form of armor and weapons, Starstones that can be acquired to give constant buffs, and powerful Senshi warriors that can be summoned as companions to help you in battle, they themselves with their own skills in combat and who can be fully upgraded. Each time a player levels up the class they are using they gain a point to spend in the classes Specialisations, two talent trees that will deviate the style of combat and gameplay the class has whilst ultimately making it more powerful and proficient in combat with numerous stat and ability boosts.

Accessible from level 21 players gain access to their own player home, the mobile Terracottage. This home allows players to rest up for the day after a session of fighting and questing, able to meet with friends and guildmates and rest up in the Main Hall, fully furnished with decorations and furniture the player has acquired on their travels. Each Terracottage has its own greenhouse where players can get their hands dirty and learn how to plant and grow their own herbs, food and ingredients to be used in various professions. Down below the functional Workshop allows a player to train up their crafting skills, making all manner of gadgets, different types of gear and consumables, even clothes.