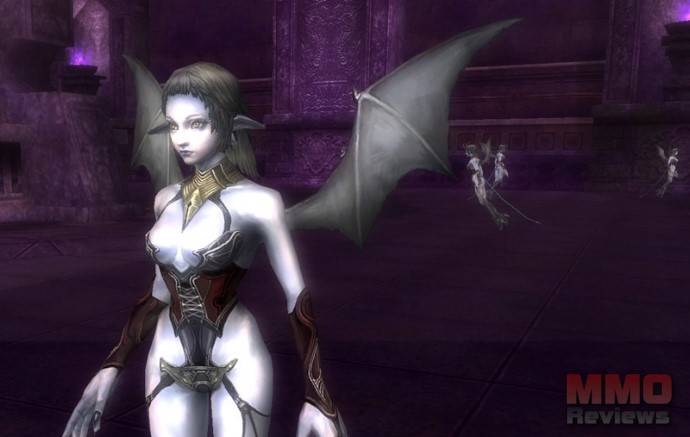 Troy Online is a free to play MMORPG strongly focused in PvP where players live the conflict between the Greeks and the Trojans based on the Trojan War, deviating towards the end of the war and featuring the god Apollo as the catalyst for a second round of battle.

Troy
The search for their ego in the new continent continued. They have created their own unique civilization in the barren environment, and built a strong ethnic ties and bond. Troy was gaining stability with Andromache's outstanding domestic policies and Cassandra's spiritual leadership.

Greece
These polytheists were very succuessful in rebuilding a glorious civilization in the new continent. They have a very strong chain of command and a well-organized army centered on Agamemnom, based which to break fresh ground in the continent with an enterprising spirit.

The great conflict had occurred between the gods and goddesses in Olympus were fighting for the great countries of Greece and Troy. Apollo, the god of the Sun and defender of Troy, could not accept the result of the Trojan War. He resurrected the Trojan Army and gave them another chance to battle with the Greek army.

Hades was overwhelmed with rage at Apollo’s ignorance of the order of the Underworld. Poseidon lead the once-victorious Greek army back into battle against Apollo’s revived Trojans. To arbitrate in the dispute of the gods, Zeus sent both armies to the great continent of Autis in the timeless dimension between the past and future.

Meanwhile, Zeus said, “The war will be eternal until the victor of the war and I open the door to the real world. Until then, those who are struck down will rise forever.”

The heroes of both sides lost their families, their loved ones, and their honor during the first Trojan War. Having nothing left of value, the only option of the noble heroes was to fight in the second Trojan War and be cursed with resurrection.

Finally, the eternal war began with the endless cycle of life and death.

Warrior
The warrior is a melee class that does great damage and has good defense due to their well-rounded item proficiencies. The warrior can change its class to the tanking Guardian or the slow, hard-hitting Berserkers.

Hunter
Hunters are equally capable at range with their short bows and in melee range with their daggers. They also have additional abilities, like combo attacks to increase their damage, and the ability to debuff their enemies, reducing attack and move speed. Hunters are most deadly when all of their elements are used in tandem. They can turn into Ranger or Assassin.

Mystic
Mystics posses incredible spells and abilities, easily doing the most damage to any enemy in sight, but they have the lowest HP and hardly any defense to go with it. They can choose between Mage or Warlock.

There are different pvp modes. The Player vs Player system is made up of battlegrounds, Castle Wars, Hero Wars and Olympus Wars.

Castle Wars
Is siege warfare and it's divided into Gate War and Total War. Gate War is the first large-scale battle to obtain the gate that controls the dimension. Through the gate, the war is expanded to the whole continent. All connected users can participate in this war.

Olympus Wars
It is not between the Trojans and the Greeks. Instead, it's between the representatives of the gods. The characters fight each other on behalf of the god that they believe in. During the Olympus War, the characters can get additional abilities beyond their class and the result of the war can influence the gods.

Characters level ten and above can join the Level War. The maximum number of users for each side in the battlefield is 100. Each user can only join in the level bracket that their character fits into: 10-19, 20-29, 30-39, or 40-49. There are four different types of battlefields:

Annihilation
The goal is nothing less than total destruction of your enemies, and if you can’t kill them all the side with the more people still standing when time is up wins. There is no ressurection.

Seize
Fight for tactical locations and kill everyone who gets in your way. If time runs out before all the locations are taken, the team with the most locations wins. If both sides have the same amount of locations, the side with the most people alive takes it.

Relic
Search the map for holy stones and destroy them for your cause. The first one to destroy the most relics or kill everyone on the other side wins. If time runs out before everything is destroyed, the team having destroyed the most stones and the most people takes the victory.

Infinite
The goal here is simple: destroy as many enemies as you possibly can in a given time. Every death is a point, and your goal is to get as many points as possible.