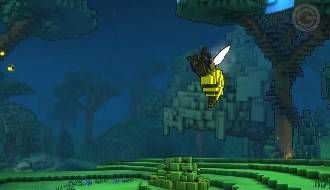 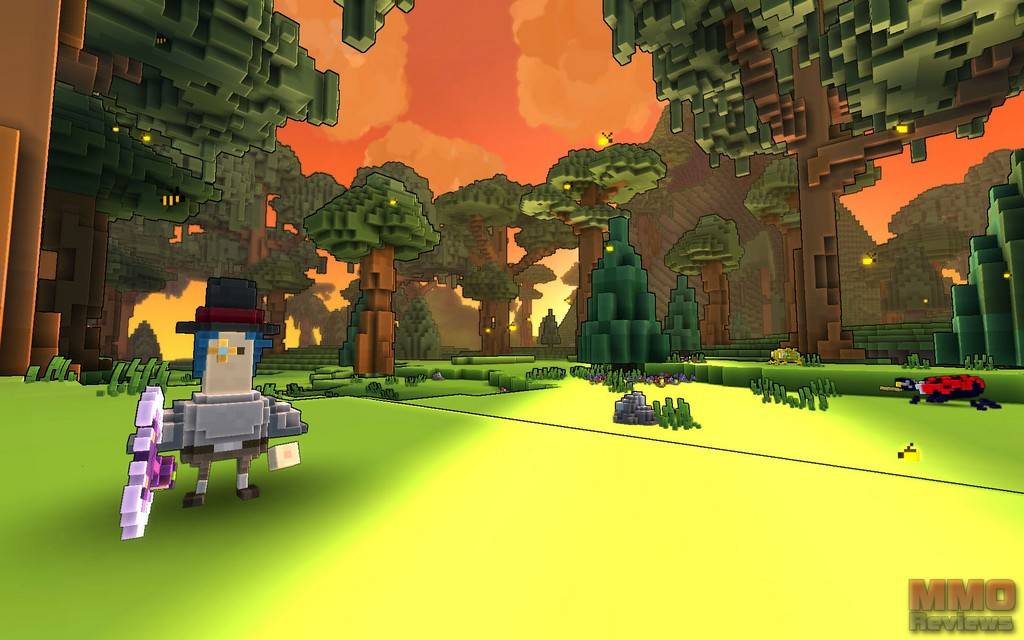 The sandbox adventure Trove is set in a voxel-based universe consisting in an infinite number of worlds to discover and explore, generated at random and brimming with treasures, foes and quests. Players can fully destroy and rebuild the environment while their next adventure might be just beneath the surface as they smash through walls and dig into the soil.

The world is made up of voxels, allowing players to partially destroy and add their own creation to it. A remarkable aspect is that every world in Trove provides an endgame and can be finished. Once completed, the world will disappear and players head to their next adventure in a new world, starting over again in a new environment with different foes.

The worlds as such are partially hand-made and rounded off with some auto-generated content as well as the player’s base of operation, the so-called "Cornerstone", which contains all previously self-crafted things taken over from other worlds. Players can construct structures in-game or use the off-line feature to later import their creations into the game.

Items crafted in the game are persistent in every world, but do have a limited life span as they get worn and unusable within 3 days, only tracking days the player logs in.

Players can create their own characters and provide them with a distinct appearance, using a wide array of different items and gear ranging from cosmetic cloths to functional equipment, armour and weapons. These items can be acquired as a reward by completing quests, found in hidden chests in the centre of procedurally generated dungeons or even crafted. Clothing items are tremendously divers, ranging from top hats and Viking helmets to spooky bone helms, Cycloptic visors, cowboy hats, moustache and more. Players are also able to obtain various pets to follow them around in the game as well as mounts to travel around with.

Players can furthermore select from a multitude of class abilities and earn XP to level up, just as in traditional MMORPGs. They aren’t bound to a particular class but allowed to freely change between them depending on their current adventure.

There is a plethora of diverse quests to accept throughout the world, which will send players across the world to battle a variety of creatures and mobs. In simple but fun point and click combat, they will use their special attacks to smash their opponents into numerous tiny fragments. The world map offers the ability to track quests, enabling players to reach their objective without any difficulty.