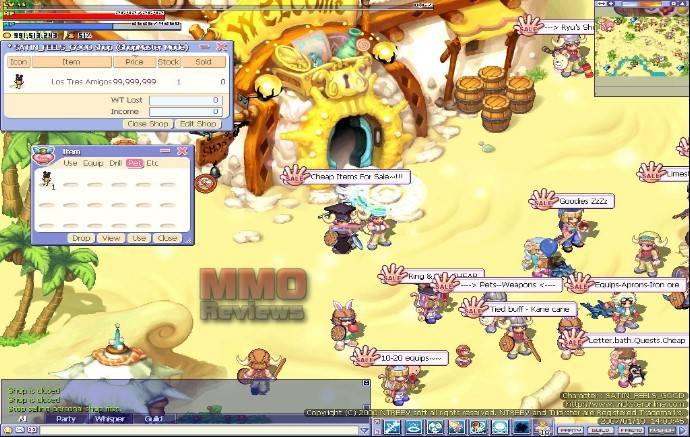 Developed by Ntreev Soft. for Windows.

Gameplay in Trickster is mostly click-and-fire based; movement, combat, and many other commands are all controlled by mouse. Gameplay also includes a few non-combat "systems". First, there is the Drill System, in which a player drills in certain types of terrain for items and EXP. Second, there is the Card Battling System, which sets two characters against each other in a game of cards, played with card items found by various means during normal gameplay.

During character creation, players chose how they want their 4 primary stat types (Power, Magic, Sense, Charm) to grow each level. In addition to this, players are rewarded 4 ‘pips’ each level to distribute among the 12 stats. It takes 4 ‘pips’ to increase any stat by 1.