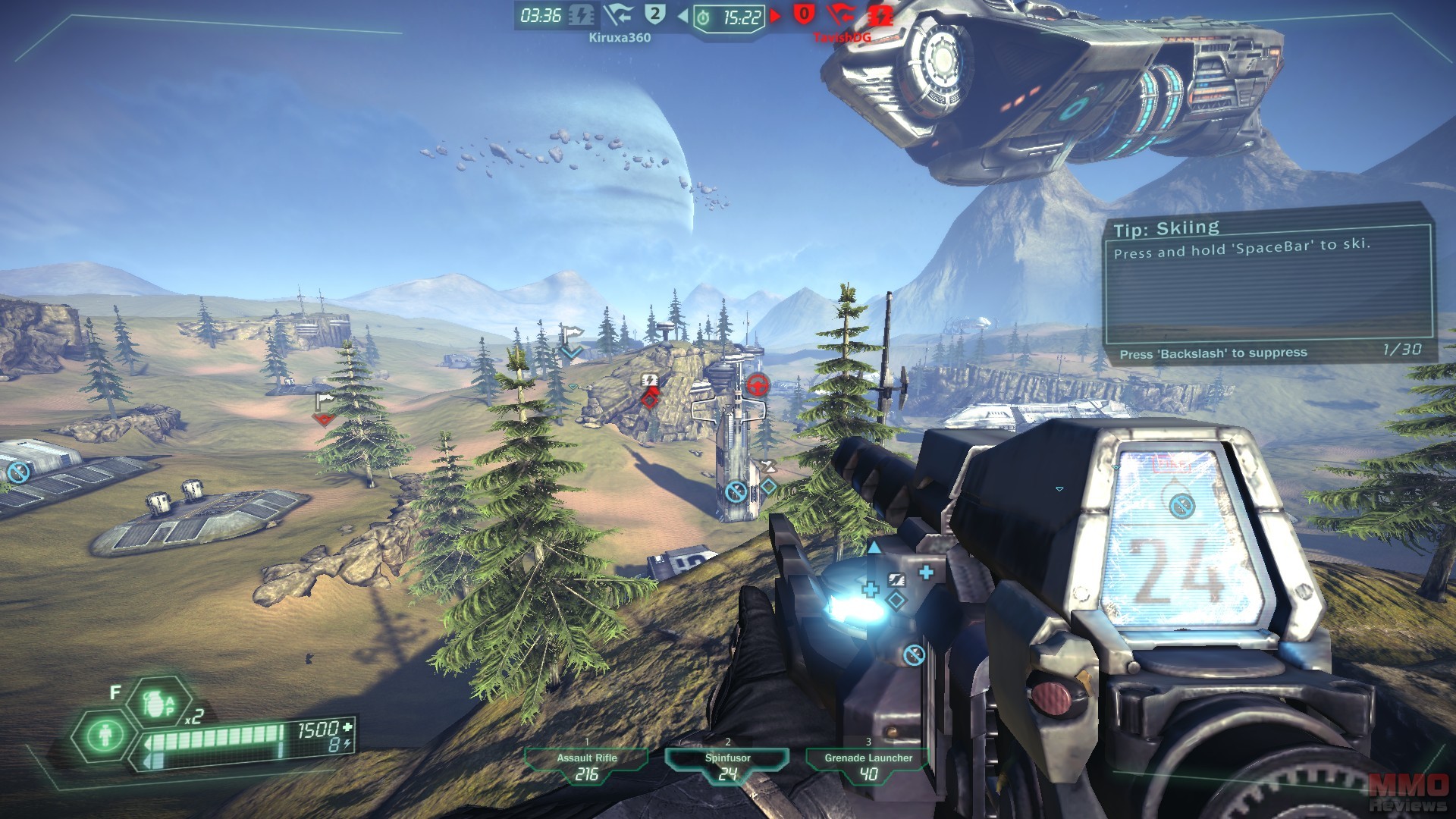 This fast pace action shooter puts players to work together in team focused co-op games fighting against another team in frantic PVP battles trying to complete different objectives across a variety of terrains and locations. Players are able customize their character using different classes, perks, weapons and skins in this free to play MMO that also has micro-transaction options available.

Taking many traditional FPS elements players will find themselves in a futuristic setting where two factions fight against each other, using sophisticated futuristic weapons and vehicles the game focuses on PVP battles. Through these matches players level up with XP and earn new rank levels, as well as earning currency and rewards to improve their character and increase their loadouts.

SKIING AND THE JETPACK

Two of the more unique components to the game are the incorporation of skiing and jetpacks, useful for getting around the map quickly or too hard to reach places, but also during combat to pursue a target or evade one. Jetpacks allow players to scale buildings, cliffs and reach floating platforms, they are also used in combination with skiing. Skiing, using the spacebar, allows players to glide along the ground at speed in a straight line, with a minimal amount of steering, when skiing downhill players can pick up a lot of speed to have them rocket across the map. However, momentum is lost when a player tries to ski uphill and so a quick blast of the jetpacks allows them to leap over hills then carry on skiing to keep up their speed.

Skiing is an extremely useful and fun mechanic in the game, particularly in capture the flag mode where the skiing speed far outweighs normal movement; the Pathfinder in particular is extremely fast when skiing.

There are six game modes to play: