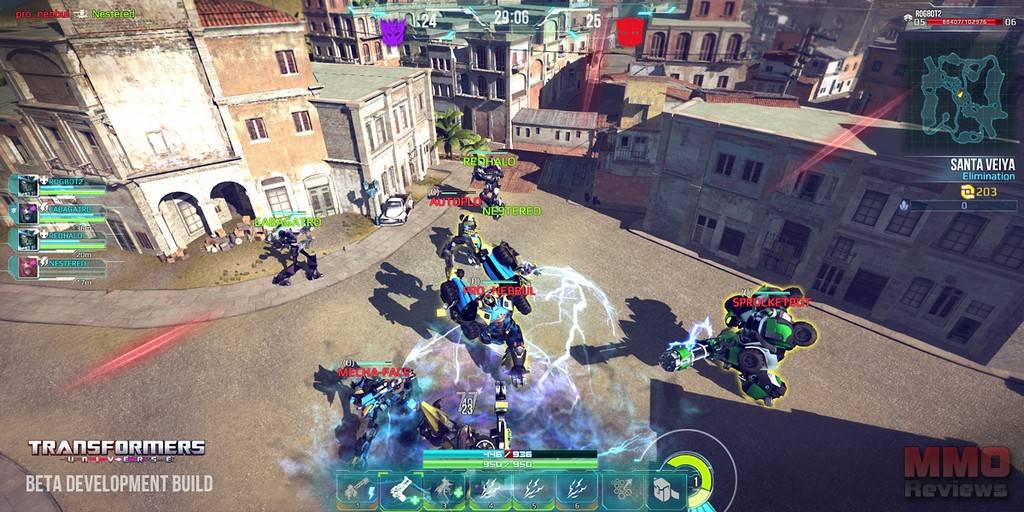 In this free to play MOTA ("massive online tactical action") browser game players get to play their part in the endless fight between the forces of the Decepticons and the Autobots, choosing your faction, recruiting your own Transformers and commanding them in battle against players from across the globe.

Players must choose their side between the Autobots and the Decepticons, building up their own squad of Bots to command in battle, using strategy and tactics to fight against their enemy opposition. There are a variety of Transformers available, each representing a familiar class and using their own weapons, unique abilities and augmentations to win the fight.

In a war that began light years away on the distant planet of Cybertron, a civil war broke out after the High Council declared Optimus Prime the new leader of the renaissance over the now bitter Megatron. In a defiant act, rebelling against social hierarchy and Optimus’ vision, Megatron raised his own destructive army of revolutionaries that consumed the planet leaving it uninhabitable after the war took its toll.

There are a host of different Transformers available for players to select, each one being unique to one of the two factions, famous faces from the TV show and films as well as some unique Bots made for the game specifically. Each player has access to a private Hangar that they use to store their Transformers, repair them, upgrade them and ensure they are battle ready.

players must choose their faction from the Autobots or the Decepticons, locked into their decision they will fight for not only their own honour and reward but also their victories go towards tipping the scale one way or the other for their chosen faction to see who is winning the war overall. There are a variety of different Bots available for both factions, for example:

Meltdown - this Guardian focused Autobot has abilities that revolve around repairing his comrade in battle, though with his trusty rocket launcher he is able to dish out a fair bit of damage as well.

Front-line – this ex-vigilante seek out criminals and exacts his own form of justice, always the first one in and last one out, little has changed now that he fights for the Autobots, and his titanium armour make sure he can take the brunt of what his enemies have to offer.

Catapult - a mystery to even most Autobots, she works alone and does her killing from a distance with a sniper rifle, the only trace that she ever leaves behind is a tax that she carves into her fallen foes their allies know she was there.

Duststorm - this psychopathic killer has a few short circuits, she loves nothing more than hunting down her prey and taking them out from afar, her optical augmentation prosthetic prosthetic making her shots accurate and deadly.

Conduit - a worshipper of some daemonic entity he considers himself a master of life and death, able to kill his enemies as quickly as he can revive his fallen allies using his trusty positron firing shotgun and deadly virus attacks.

Shellshock - literally walking tank he is a born soldier whose armoured frame carries around a huge mini gun, and even in his vehicle form he is an equally heavily armoured ride with a mounted Gatling gun. Menacing.