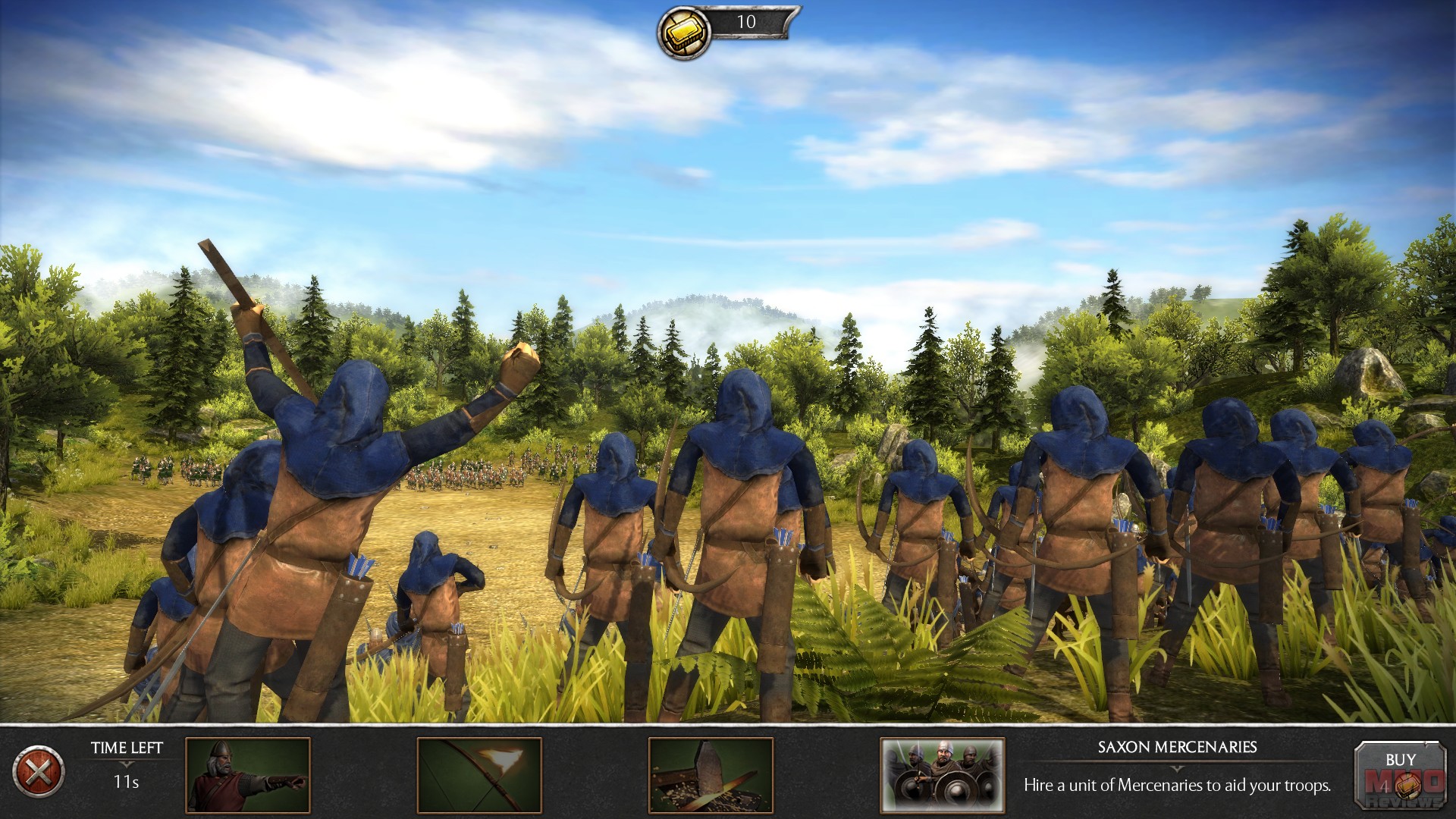 A cross-platform free to play strategy, Total War Battles: Kingdom takes place during a feuding England in the medieval era as upheaval across the realm has turned Houses against each other. Players begin as the new ruler of their House and overseer of their Castle and town and must learn how to manage their resources, build up their territory, expand their borders and train an impressive army to fight their enemies.

The game is primarily an empire building RTS where players must expand their initial territory by building new Castles around the map and establishing new town settlements around them. Missions and Battle Quests push forward the main PVE element of the game, rewarding the players with combat XP and unlocking story elements to the game itself. The PVP aspect is based around duelling with other houses and their assembled houses to earn Duelling Rank and gain gold rewards for their success and position on the leaderboard.

The main map is made of hundreds of hexes that the player can build on, starting with their initial Castle they can manipulate the land around them to make it easier to expand their territory. Terrain can be raised or lowered, rivers can be dried up with a dam or rerouted to make fertile farmland in distant drier areas. Players can construct structures to make a network between their Castles, roads and bridges allowing them to increase the range of their influence and also access to new areas.

There are various types of buildings that players will unlock as they level up and can use their resources to construct them, each hex tile can accommodate one building or structure:

Castles – the central building to any new town, each Castle can only be built over 13 hexes away from another castle, but from here players can construct new buildings to connecting tiles to build up a new city

Military Buildings – from barracks to stables these buildings will allow players to train up their army, each building is assigned one type of unit squad and so to field a larger army players need to construct more military buildings

Production – these buildings can be constructed away from your main town, either farms, quarries or woodcutters they will be able to bring in resources to help build up your Empire

There are various types of units that players can train up to join their army, from ranged longbowmen to mounted cavalry and melee spearmen, there is a synergy between them all where each is strong against certain unit types but weaker against others. With units trained up players can place them into their active army which, when all slots are unlocked, is a 3 x 3 formation with three units at the front, three in the middle and three at the rear.

During combat players load up into an instanced area facing the opposing army, after a moment of shuffling around your troops (to make sure you’re Cavalry isn’t going to be facing spearmen, etc.) the two armies automatically advance on each other. Players have a level of control where they can trigger skills or choose their targets with ranged units, but generally units attack whoever is in front of them and so the positioning and composition of your army is very important.

Battles last until one side has no more units, from here XP is earned by the active units which is used to individually upgrade their attributes (defense/attack/range, etc.) as well as giving them new skills to use.