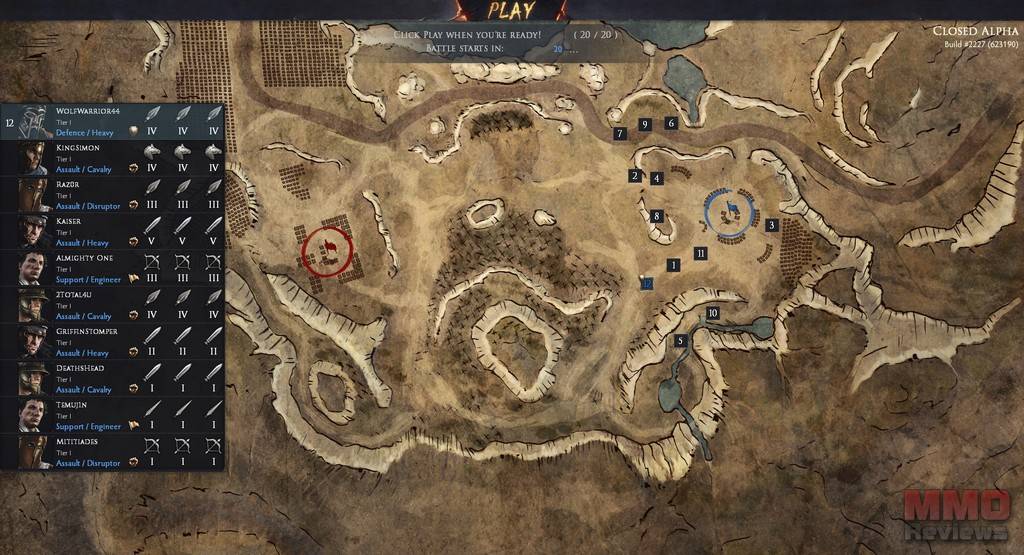 Utilising the gameplay and functions of the Total War franchise, Total War: Arena offers a new twist on the series creating short, strategic battles as players clash in a 10 V 10 battle as they work together to control an army and retain the epic mass combat that many players have come to expect from Total War. The game is completely free to play and offers a variety of micro-transaction options to speed up in-game progression and various customisation options.

Total War: Arena offers a similar level of epic war game strategy but opens it up to a more casual user where instead of working out how to successfully manoeuvre an entire army of units players will instead have an easier time controlling a single squad in that army; three units in total. With 10 players per team and army will still be made up of 30 unique units that when clashing with the enemy team will still hold that epic feeling of two giant armies colliding in battle but a more accessible gameplay for new players.

Players have a number of Commanders that they can select, great leaders from throughout history such as Caesar, Alexander the Great, Leonidas and more, each of which has their own tactics and play style to best suit different types of players. As players progress through the game they will gain XP in which to level up their Commander which will then give them options for new weapons, armour and special abilities. Unlike other Total War games this individual customisation of units is what defines the game as players can choose the types of armour and weaponry that they will equip each of their three units with as well as Commanders being able to offer up specific commands, providing they have unlocked them and "equipped" them, for example the ability to perform a Heavy Infantry Charge or the "Vengeance" ability that as a unit kills more enemies it will in turn deal out more damage.

As with other Total War titles the game follows a rock, paper, scissors style mechanic where each unit has its strengths and weaknesses when pitted against other units e.g. an Archer will dominate light infantry from a distance, but will fall quickly if those light infantry get within melee range. Players can make up their squad from any three unit types, from Spearman, Swordsman, Cavalry, Archers and more to offer up a variety of strategies such as a fully ranged squad, or throwing in a heavily armoured melee unit to act as bait for an enemy squad whilst hidden Archer units wait to flank from a distance.

The choice of units that each Commander makes will determine the best overall strategy for an army/team, requiring organised gameplay the more experienced players will be able to best utilise the units available to create on-the-fly strategies.

Battles are primarily base defend-capture and control system where starting at each end of a map players must try to position their troops within the enemies’ base to begin a countdown timer that once expired will yield victory for that team. Maps are divided into main regions that will offer different types of battles, from open plains to forest skirmishes and ravine assaults as players try to flank down a long and treacherous road leading to the enemy base, but chancing being caught out by ranged attackers taking the higher ground. Alternatively players can also play through a city map where they must navigate streets, tight passageways or more open plazas as they manoeuvre through the built-up area trying to seek out the enemy base.