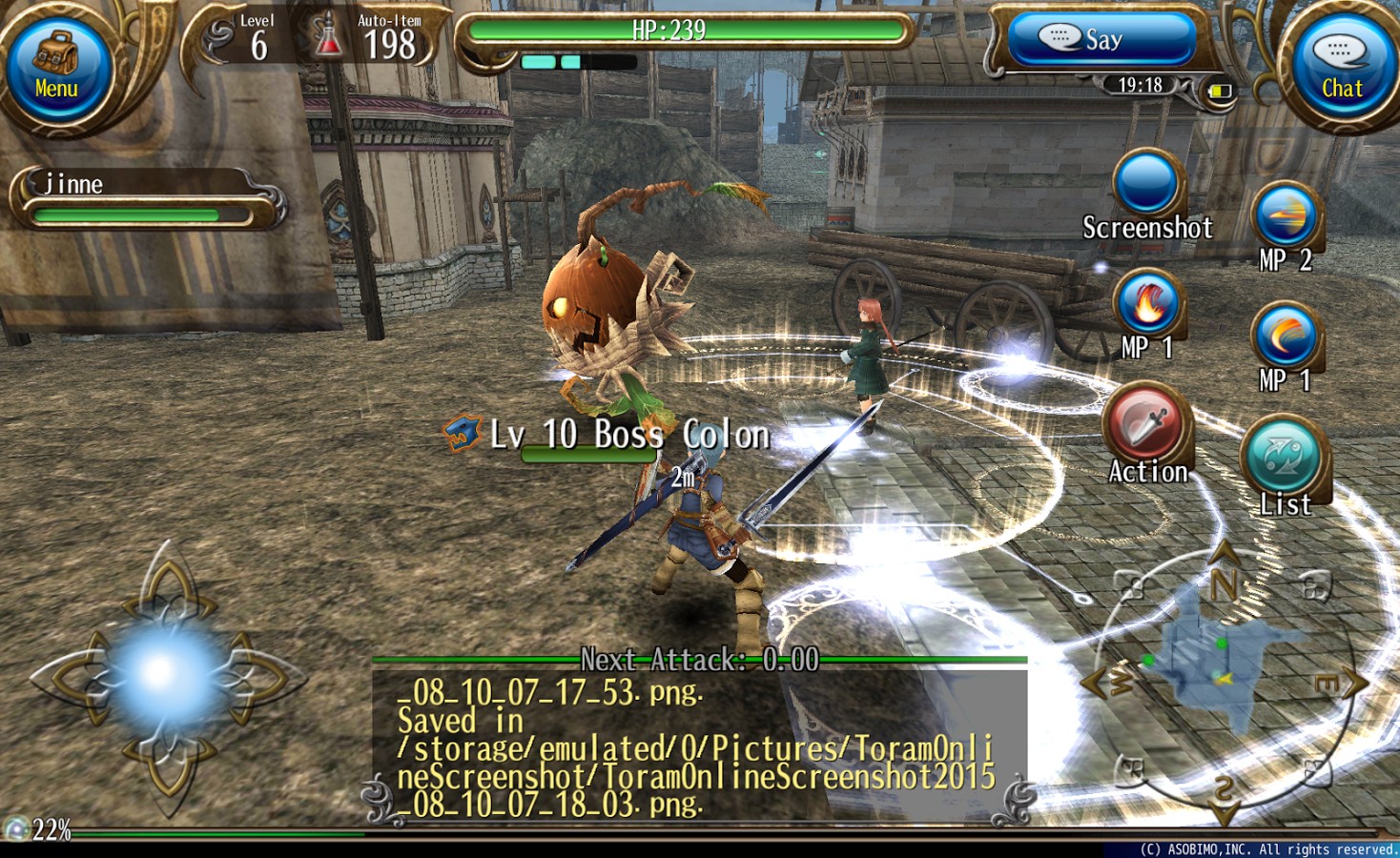 Become an adventurer in the fantasy realm of Toram Online, the sequel to Iruna Online, this 3D anime MMORPG allows players to experience a full story epic where they play the central protagonist hero. Playable across iOS and Android devices, this free to play title is always accessible wherever you go.

Toram Online is a standard MMORPG but optimized for mobile devices, with simple single tap features and menus, point and click combat and a streamlined user interface players will get an MMORPG experience that they can play on the go. Players create their hero character and earn XP to improve themselves, acquire gear, join up with other players and tackle challenging bosses.

When initially starting the game players create their own character, with thousands of variations using a mix of skin colours, eye colours, hair colours/styles, heights and male and female options, players can make unique looking avatars.

Players are not stuck playing the same class and instead can effectively play a multi-class character based on the game’s weapon system, instead of gaining XP to improve a specific class players level up weapon skill trees to unlock new abilities and improve their combat proficiency. There are four main weapons that players can learn, as well as a number of secondary trees and weapons; the four main weapons are:

Swords – whether using powerful two handed swords, or a one handed sword with a shield, players can focus on aggressive or defensive tank like combat and build towards having high health and vitality to be a group’s front line defender

Knuckles – these hand to hand brawlers use large gauntlets known as Knuckles, a fighter that balances their offensive skills with their defensive they are an all-purpose combatant that can fit into most groups

Bows – using not only bows but crossbows as well, these archers focus on sniping enemies from at range, keeping further away from danger and using their agility to deal devastating damage

Staffs – The most difficult of the weapon skills, Staffs focus a player on harnessing magic and using mana to deal the most powerful damage spells to opponents, but at the expense of having the lowest defense capabilities; as well as this all spells can be disrupted if the Staff user takes damage

Combat focuses on a point and tap system where players can move their character around by tapping the screen and initiate combat on an enemy by tapping an attack button or clicking the enemy itself, which begins automated combat. The mechanic is extremely simple but makes it more practical for mobile devices.

Above all the game focuses on providing a PVE questing adventure, players will generally focus on progressing the main story quest-chains, which have a series of quests that usually conclude with a boss fight; upon defeating the boss a new series of quests are unlocked. The PVE content is extremely story driven and focuses on a strong narrative and epic content so that players can feel like the true hero of the story, complete with cinematic cut-scenes advancing the overarching story is very fun.

There are numerous ways to acquire new gear and items, typically from quest rewards, shop purchases or loot drops; whether these are complete items or simply materials that can be used in the Alchemy and Blacksmithing crafts, each of which has its own skill tree. Players will need to keep levelling up and acquiring more improved gear, including trying to get Crysta drops from the most dangerous enemies, these gems can be placed into socketable gear parts and will grant the wearer increased stats; the rate of the increase is based on the colour of the Crysta which in turn signifies its rarity and strength.