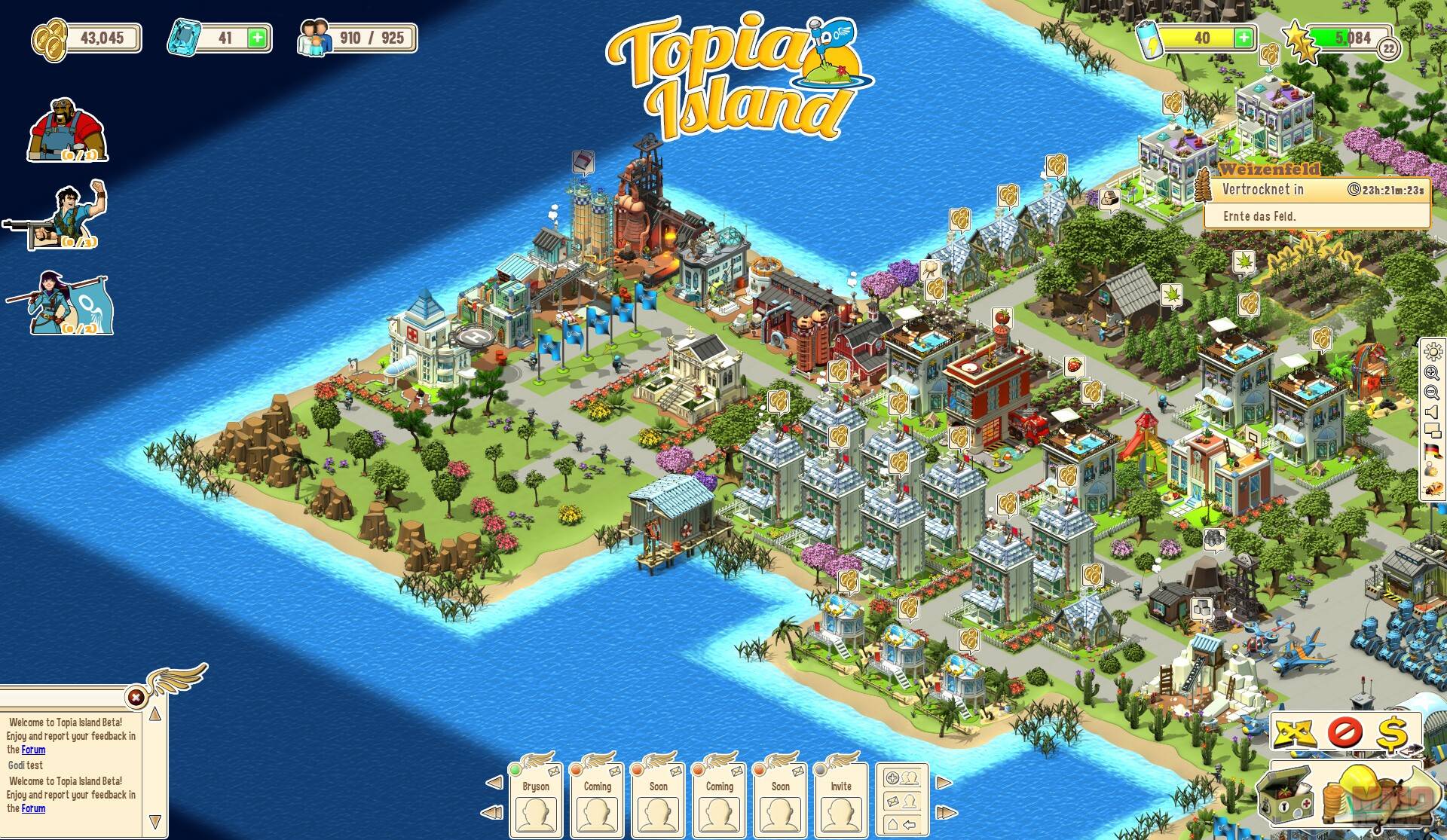 Topia Island is a casual browser game developed by Bytro Labs. The game combines social elements with aspects from the real-time strategy and city management genre, resulting in an innovative gameplay experience.

Players will explore a tropical island on which they will collect resources in order to build houses and set up their own community and economy.

The idyllic island of Topia seems to be a peaceful place and its inhabitants hope for a new and better life within their happy community. Far away from the evil Empire they have escaped from they build up their settlement erecting houses and farms, harvesting fields, collecting resources and creating structures for work and education.

However, the Empire never sleeps and is about to realize that a small group of rebels is trying to elude its influence. Topians have to rise up against it in order to protect their peace and freedom.

Buildings in Topia Island are divided into 4 categories:

Housing: Residential buildings are needed for attracting citizens that are required for exploring the island, for producing goods, etc. Available buildings in this category range from simple shacks and cottages to city houses, mansions and hotels. Players receive rents from their inhabitants.

Community: Community buildings are erected in order to further enlarge the population. There are, for example, a school, a museum and a fire department.

Military: Producing units, military buildings are needed for rising up an army in order to fight back the evil empire. They range from training grounds and airfields to barracks and hangars.

The game’s resources can be classified as raw materials that can be gathered such as wood and stone or mined such as minerals, iron ore and coal on the one hand and agricultural products such as cotton, wheat, hemp or corn on the other. They’re essential for erecting buildings and building up an army.

For rising up against the evil Empire, players have ground and air forces at their disposal. Combat takes places in form of simple reports. Each unit can be buffed with a special item in order to either enhance its offensive or defensive abilities.

Ground units - Civilian infantry, rocket launchers and machine gun jeeps or tanks amongst others can be used for attacking the Empire’s ground forces.

Air forces - For attacking the Empire’s air force, there are different types of bombers and fighters as well as stealth helicopters.

Apart from the buildings the in-game shop also offers decorations such as plants, playgrounds or flags as well as energy kits.