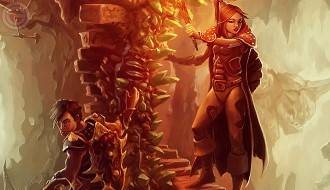 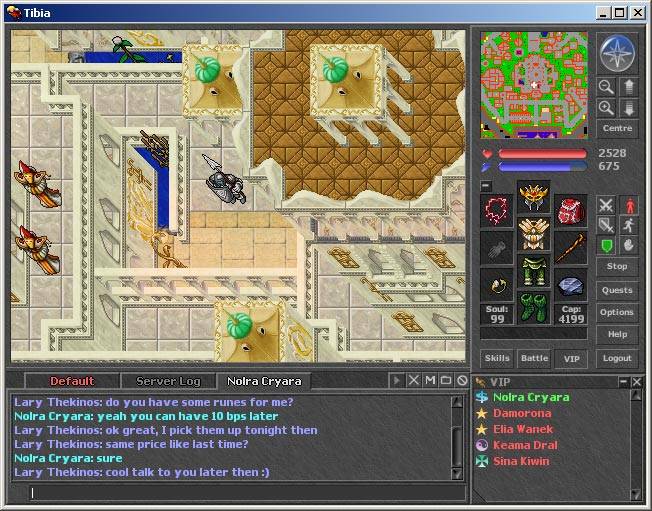 Tibia is a retro pixel-based role-playing MMO that is entirely free-to-play but alternatively offers premium account access to enjoy additional game content and features. An established massively multiplayer online role-playing game for more than 10 years, the title has attracted more than 500,000 players who come together in the medieval world on the continent of Tibian. There are four distinct classes available for players to explore a huge and thrilling realm on this hazardous continent and beyond.

Throughout the game, players are able to unlock different achievements, each one falling into a particular grade (1 – 4). Achievements grant a number of points used to compare rankings between other players. Many of them are acquired by accomplishing quests and performing difficult tasks in the game such as completing world events. The most common achievements are listed on the game’s website, there are, however, 154 additional achievements not listed that players need to discover and acquire for themselves.

Spells are available as support spells, healing spells and attack spells and can be bought if players meet XP level and class requirements to perform them. Some of them are exclusively reserved for premium account users. Depending on how powerful they are, spells cost a specific amount of mana to cast.

There’s a tremendously comprehensive library of monsters and creatures users will encounter throughout their adventure. With their own mana and hit points, different creatures grant items, gold and XP when being killed. The official website provides details on all available creatures in the game.

Tibia hosts world events on a regular basis in which players may participate to unlock unique areas and mosters and earn special rewards. The website announces upcoming world events, some of which are only available once a year, so it’s recommendable to keep an eye out.

When creating their first character, players are able to choose from 3 different world types to play in, which revolve different levels of PVP:

Open PVP - Reserved for premium accounts only, players may kill each other freely, but accumulate Skull Marks for doing so.

Hardcore PVP - Similar to the Open PVP world, players cannot pass through each other unless in a protected area.

Optional PVP - The safest world to play in for those who don’t like frequent PVP, players can only attack each other if both sides agree.

Skull Marks are given to players for attacking others who haven’t been engaging in PvP, displaying a skull under their name and making them open to be attacked by any other player (without Skull Mark penalty for those). This is initially displayed by a white skull; there are skull marks in different colours, however, with ever increasing consequences:

Red Skull - A player with a red skull mark has killed a lot of other players in a shorter period of time, racking them from anything between 24 hours and 30 days depending on how many people they have killed. If a player with a red skull is killed they drop all their items, even those items that are blessed and would not normally drop in PVE.

Black Skull – As above, but the player is unable to attack players who do not have a skull mark and take 100% damage instead of the normal 50% damage in PVP and suffer even worse consequences when dying.

Although completely free-to-play, Tibia offers premium scrolls for purchase which temporarily grant access to a premium account. Players can then use the Tibian transport system comprised of magic carpets and ships for quicker travelling and enter premium only areas that give unique rewards. They also have recourse to off-line training enabling their characters to progress even when they’re not playing as well as to lots of other features.