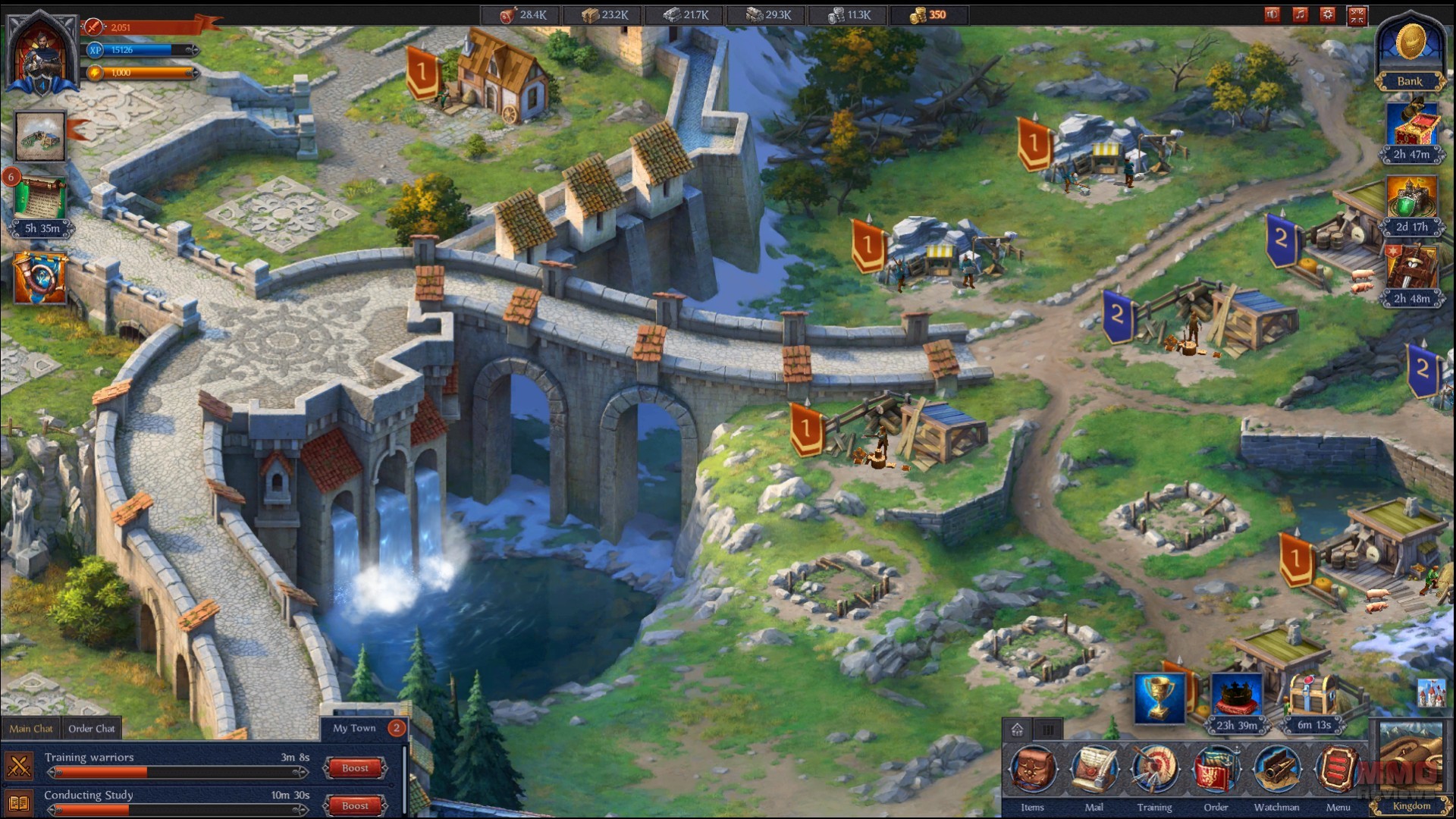 A new free to play medieval city strategy from Plarium using their tried and tested gameplay formula, players can get the chance to conquer this new title with familiar features and mechanics as seen in the developers other titles. Throne: Kingdom at War allows players to rule their own castle and lands, train up their mighty army and crush their foes in strategic PVP battles either as a solo Lord or part of an Order working alongside other players. The game can be played on the go through web browsers and does not need a client download, accessing the game quickly through the official website.

The main focus of the game is for players to build up their city and army and increase their overall Power and rank whilst competing against other players; through advancing their civilization by unlocking new Studies, constructing magnificent buildings, and training dozens of different military units. Thrones: Kingdom at War offers a strategic title with casual gameplay where players can leave and keep coming back to their game whilst their various builds and training finish completion, often taking minutes and hours to end. Players will have to become adept at managing their time, resources and diplomatic relationships with other players who may wish to declare war on them.

Resources play a key part in the game and are the foundations of how a city can advance; they are needed to build and upgrade buildings, train and maintain military units, unlock new Studies and more. Resources can come from the different production buildings that a player can construct, through quests and events, but more often they come from raids against AI and players where players are able to steal resources from each other.

With resources there are various buildings that players can construct, ranging from production buildings (Farms, Quarries, Lumber Yards and Mines), barracks to train up units, workshops to craft gear, infirmaries to heal up troops, banks to store resources and more. Each building can be levelled up to increase its individual rank, the higher the building’s rank the more efficient it is, however buildings cannot be ranked higher than the primary Palace building.

Combat is integral to the game and players will find themselves battling both AI enemies and real world players, able to recover rewards and resources from their battles. With various units that can be trained, new units are unlocked by advancing techs and Studies, players can choose their own composition of troops for their army.

From the main Kingdom map players can select which available targets they wish to attack, such as unclaimed resource outposts, wandering fugitives or other enemies. The Kingdom Map also shows all the nearby player cities and by interacting with a city players can perform Espionage on it to recover intelligence with their spies to find a viable (and lucrative) target. Once one is found then a player initiates an Attack or a Raid, chooses their units that they want to attack with (based off the intel they gathered) and then the troops will march to their destination. It can take minutes or hours to reach a location, depending on how far away the target is, and in that time the units are unavailable, upon making their attack they will automatically return back to the city and players can check the Battle Report to see the casualties from both sides as well as any resources that have been plundered.

The game promotes a social aspect through the use of Orders, organizes groups of players that can work with each other cooperatively to battle other enemies and rival Orders. Being part of an Order unlocks additional game features but mostly it provides a hub of players to trade with and to turn to if you need protection from another player’s attacks.