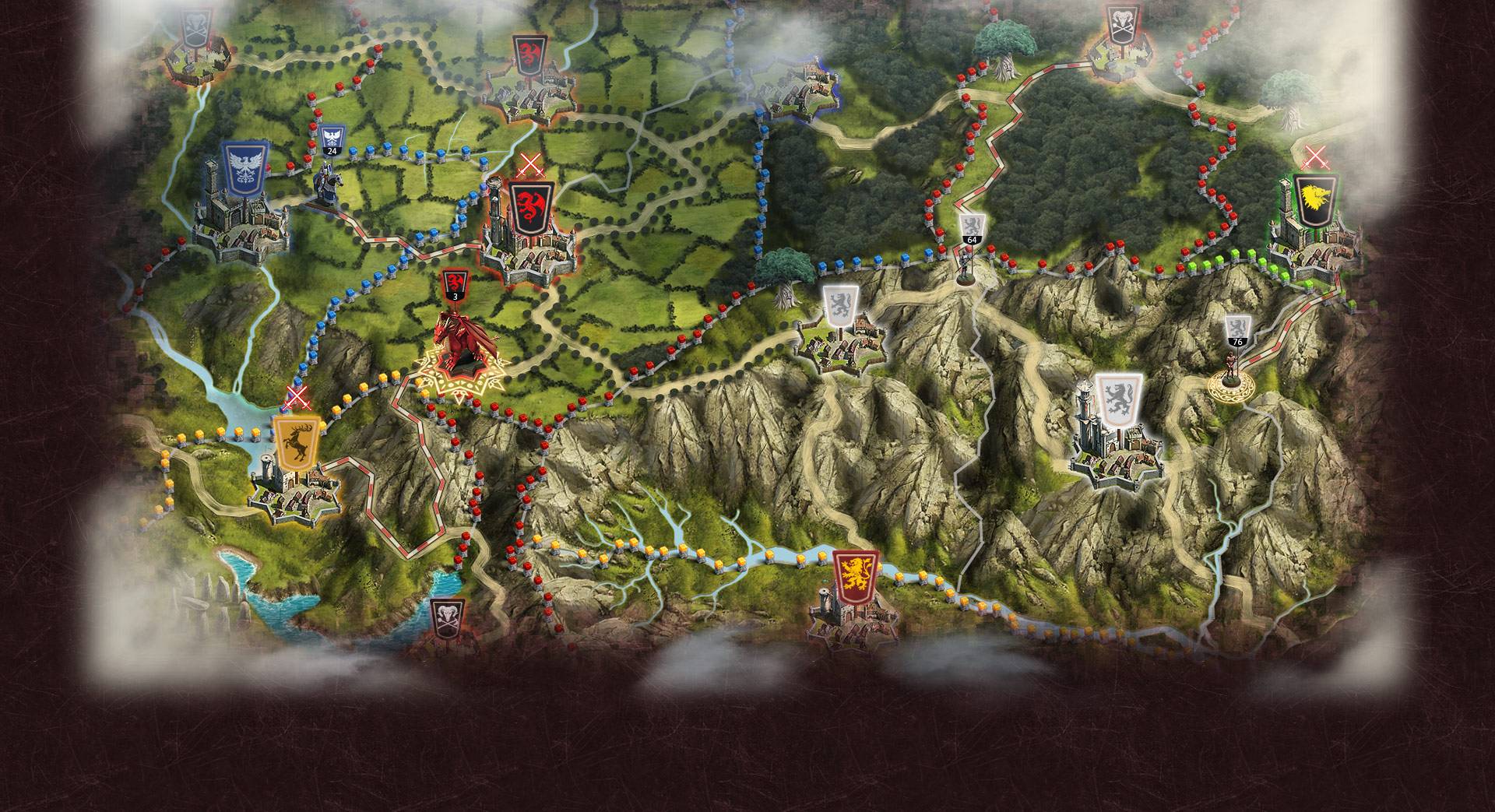 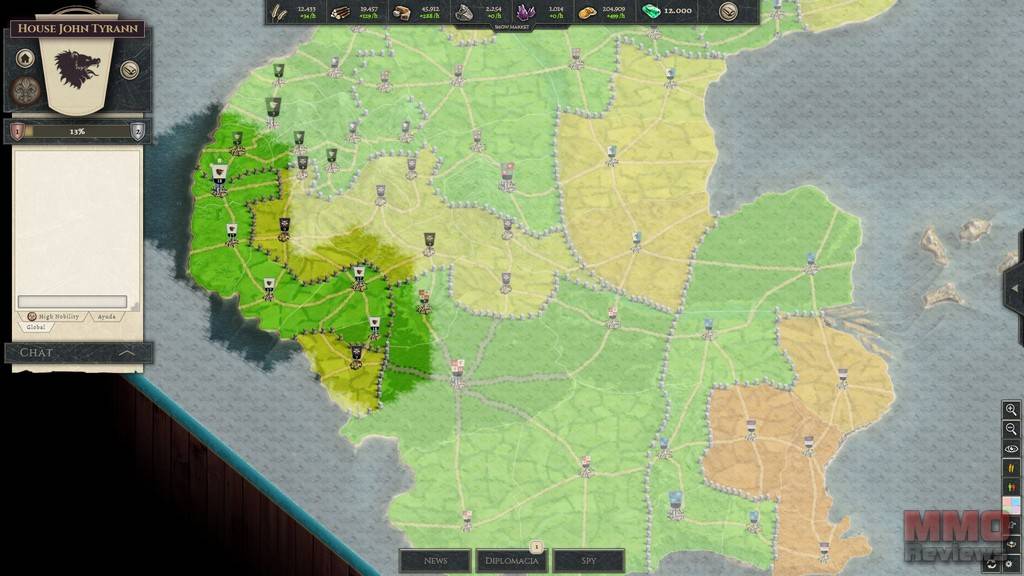 This free to play MMO is a classic Empire building MMO where players must build up their various provinces, each one acting as its own city, which must be advanced and managed, offering the also familiar City Building strategy gameplay, but on a much grander scale. Thirty Kingdoms is a browser-focused MMO, meaning players can instantly jump into the game, taking control of their own Noble House and competing against 29 rival players for domination of the continent.

The game mostly focuses on the rivalry between a player and the other Noble Houses in the game, a total of 30 players on a map, each with the same overall goal: to become the greatest Noble House in the land. The map itself is broken up into two primary continents, separated by a huge ocean and divided up into over 100 unique provinces, each one named and offering unique to rain. A player will begin life controlling five of these provinces, but in time they will do battle against the Barbarian AI and other Houses in an attempt to control more of the world’s territory. The endgame focuses on PVP conflict with players trying to work their way to the top of the server leaderboard, showing how they are performing against the other Noble Houses, as well as on the overall game scoreboard ranking to show how players in other games are performing.

A key aspect to the game is the acquisition and management of resources, used for the majority of actions in the game, particularly constructing buildings in a province settlement as well as training up mediaeval military units such as militia men, scouts, archers, Knights and even fantasy-based units like dragons, mages and trolls. Players will use their units to acquire new provinces, which in turn will give them access to more resources that they can produce using specific buildings, players also have the option of training resources through the Marketplace should they find themselves with a surplus or in need of purchasing resources that they currently lack. Alternatively players have the option of spending the premium Emeralds currency, to instantly by more resources if they have in a quick need for them.

Whilst combat is a heavily focused feature of Thirty Kingdoms, that isn’t to say that there are not alternatives that players can pursue, offering trade between other Noble Houses may open up good relationships where together the two forces may combine their efforts to battle against other players. Such actions as opening borders for other Houses to pass through the player’s territory means that players need never be a barrier that must be destroyed in order to pass through it and reach a different province. If the players end up on good terms they may ultimately look at creating and Alliance with each other, offering more permanent benefits.

For every Noble House that looks to be an ally there will always be those that simply wish to watch the world burn, building up their troops to ransack rival provinces and claim them as their own. Players also have the additional benefit of being able to train up spies and assassins, used to extract information about a rival opponent, their controlled lands and the strength of their forces.

The entire world is watching and it is impossible for players to perform an action that isn’t relayed to the rest of the Noble Houses in the realm, for every building that is constructed, every attack that is made, every ward that is declared and every Alliance that is formed all these are reported on the daily News bulletin board showing just what is happening in the realm. Players also have the added benefit of being able to publish their own articles for other players to see (either publishing them openly or anonymously).