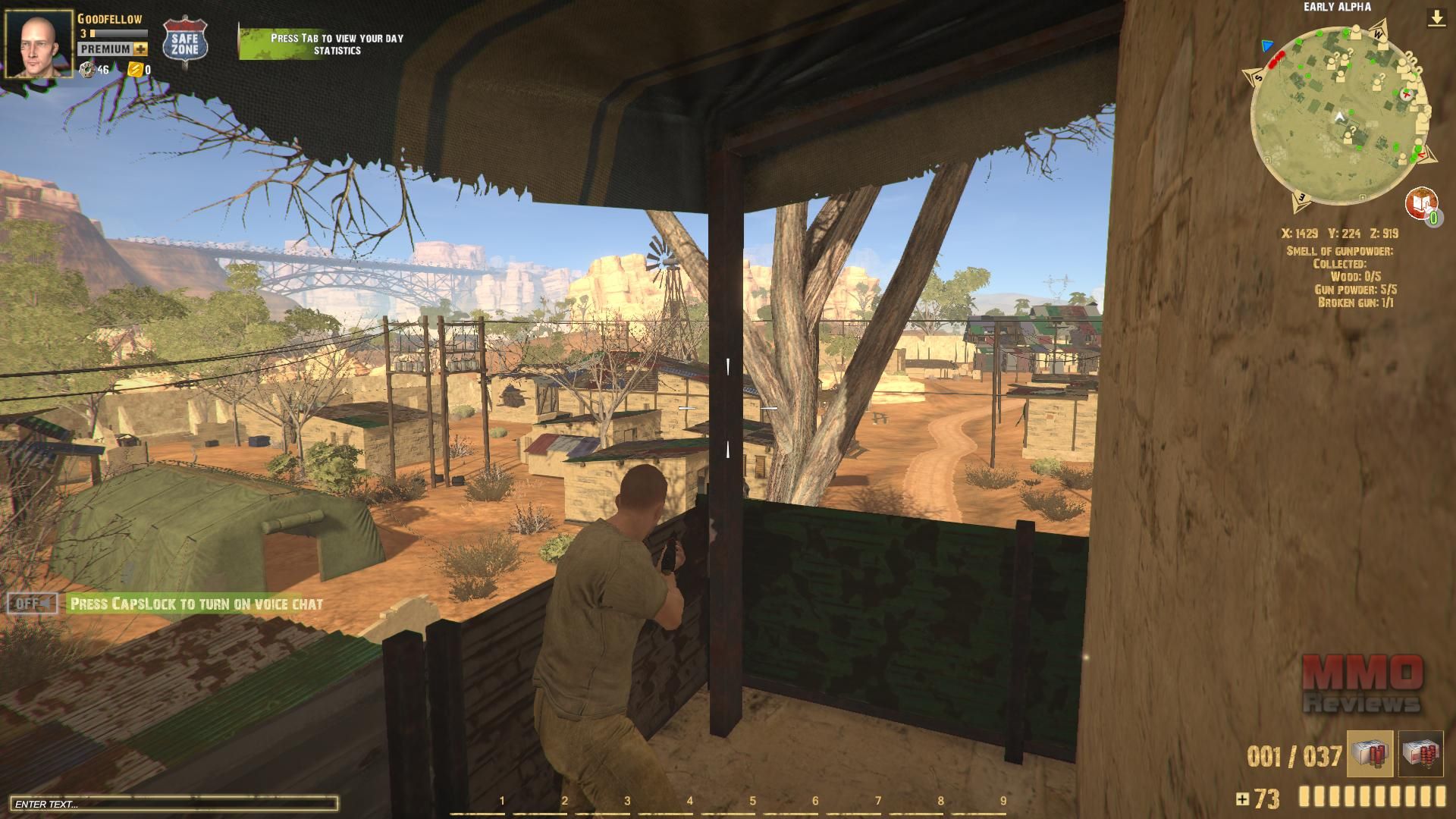 The Skies is a post-apocalyptic free to play sandbox MMORPG, set in a future world turned into a desert Wasteland players must find their way, take on jobs, fend for themselves and learn to survive. With elements of PVE, PVP, crafting and exploration the game is a feature packed title wrapped up in a strong quest based dynamic story-arc.

- Create your character and set their proficiencies
- Learn a trade and align yourself with different factions
- Be a proponent of peace or a Wasteland bandit
- Dynamic quests with branching completion options
- Huge sandbox environment to explore
- Clan, Open World and Arena PVP
- Free to play

One hundred and fifty years ago the suns activity increased at a dramatic scale, resources and food were annihilated, governments and infrastructure collapsed, and within two weeks the world and mankind had almost come to an end. Now the dust is beginning to settle and the world is different from the one the history books talk about, it is a dangerous desert landscape where the remaining survivors band together to help each other, or prey on one another.

The game focuses on a story-driven sandbox MMORPG where players will create their own character and live within the world finding a life for themselves with the freedom to go where they please. Quests are available that will help players level up to improve their character, acquire currency to buy supplies and gear to survive the world and explore this 12km2 land of mutant creatures and bandits. The game encourages solo, social and group play with various options available to players and Clans, with ranking systems and individual personal bests to keep track of.

One of the principal areas of character creation is spending character points; these points go into six main attribute areas as attribute points (Dexterity, Endurance, Intelligence, Strength, Technology and Luck) as well as skill points to improve specialized areas, with three skills to each attribute, e.g. Communication, Traps and Medicine all fall under “Intelligence”. Whilst high Intelligence will give a base success on these three skills, as well as other benefits such as higher XP and character point gain, players can specialize and put more points into Medicine if they wish to be more proficient with first aid applications.

Questing takes a different approach in that most quests have multiple ways to complete them (and fail them), the options players have in their dialogue are based off their skills, such as having high Intelligence gives you dialogue options directly and allows you to get more information about a mission and the chance to talk your way to success, whereas having a high theft skill may give players the chance to steal an item from a location instead of trying to haggle for it. The choices players make stay with them and their personal story and gathered reputation will in future effect how NPCs talk to them as well as what missions become available.

There’s plenty to do in the Wastelands and players can make their own living, either in or outside the law; some will focus on crafting and buy and sell their wares influencing the player driven economy, others will join the Caravan guild and help escort caravans to more dangerous locations, other will live beyond the walls of civilization as bandits that prey on the weak.

Those that choose a life of crime aren’t welcome in and around the main city of Kimary, but the rest of the Wastelands are their domain; beyond Kimary’s protection the entire world is a PVP warzone where players and clans fight it out with each other for reputation and territory. The most powerful clans can align themselves to a faction and the strongest clan can even run it, wars and alliances can be formed and town settlements can be captured with the proceeds going directly into the clan’s coffers.

Away from world PVP and the clan wars players can also engage in Arena battles in various objective focused team fights across different Wasteland locations, battle in Capture the Flag games and more to earn rewards and ranks.