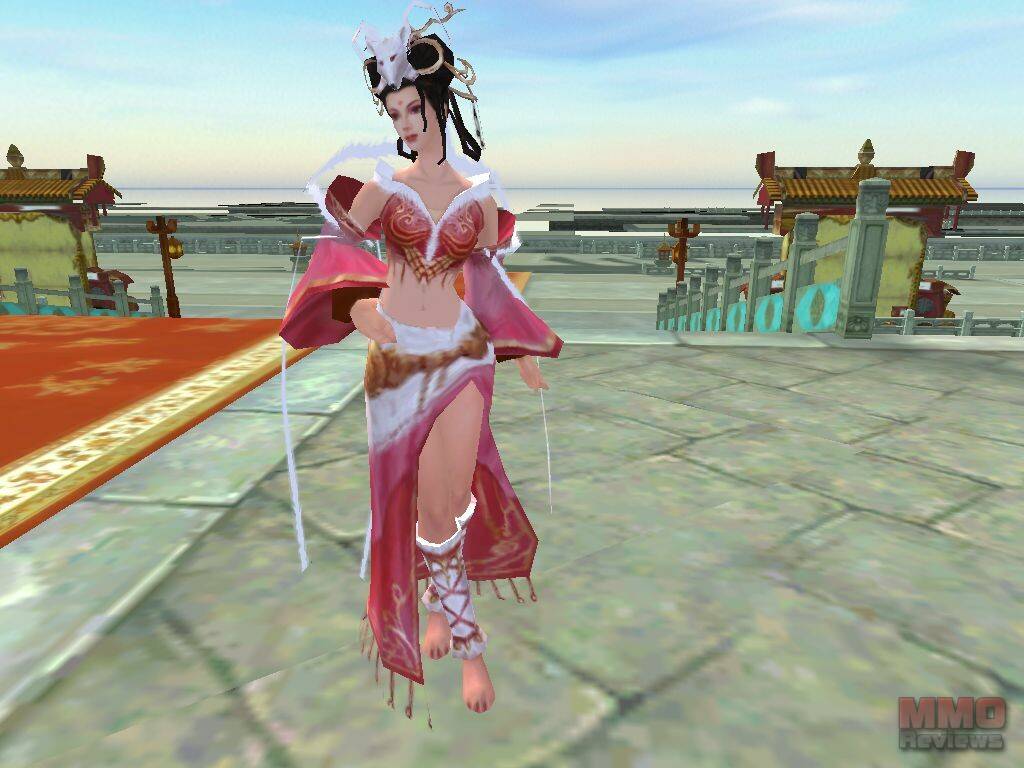 The Chosen is a free to play fantasy MMORPG developed by Snail Games and set in the ancient China. Players will be the heroes who fight for their empire in a world devastated by a fierce war between Good and Evil. Face dangerous threats like bandit and monsters or challenge other players in fast-paced arena challenges. Summon your pets to help you, defeat your enemies and become the chosen.

In the Chinese philosophy a subtle balance among Heaven, Earth and Mankind must be maintained to make the whole universe function well. With tilted balance, the world will be tipped into the dark chaos, which will be terminated by the chosen. And who is the real chosen? That is the question. You can try to find the answer, or you can be the answer yourself; all this is The Chosen.

- Choose 1 of the game's 5 Dynasties, each one controlling one particular element
- Your class is defined by the weapon you choose, and every weapon has its own style
- Deep and complex pet system
- Different PvP options like Arena Battles/Duels/Nation Wars
- Auto-combat feature

At the very beginning, you will have to choose 1 of the game’s 5 Dynasties. Each Dynasty controls one of the 5 elements listed below, but don’t’ worry all Dynasties are on equal footing when it comes to gameplay. Choose your dynasty carefully, because these will become the people you fight alongside with. Each Dynasty can elect one king and fights weekly for the title of “The Chosen”.

There are 6 weapons in the game, 2 melee and 4 ranged weapons: Sword, Blades, Scroll, Flute, Fan and Bow. All classes have 6 single target skills and 6 AOE spells; where you place your skill points determines how your class will play out.

Sword
Tank or DPS spec with skills such as “Taunt” and “Battle Cry”.

Blades
Tank or DPS spec with skills like “Leopard Dodge” and “Lions Roar”.

Fan
Pure magic DPS with great PvP spells such as “Sluggish Sense” (to slow your enemy) and “Power Reduction” that reduces their attack strength.

Flute
Another alternative pure magic spec with a lot of very visual spells including a useful spell to make your enemy asleep called Soul Control.

Bow
A well-rounded class for players that want a strong character as well as the benefit of a long ranged attack. With Skills such as “Life Binding Arrow” which causes high damage and potentially stops the target from healing.

The Pet system (Shortcut Key "A"), is a feature of The Chosen which allows you to train a Pet and take it into battle with you. Another cool thing you can do is allow your Pet to Possess your body which will augment your strengthen your power. Different pets have different attributes, to get the best out of your pet you will have to level it up. You'll have 5 pet blanks at first, you can buy extra pet blank in Shop.

The max value of a pet's property power is based on the Ranking List of the pet. When you feed your pet refined grains and meat, you'll get a chance to raise star level of your pet every time you feed it.

In The Chosen, you'll be invincible and powerful if you have an excellent Mount. No matter where you are from, all the skilled players have their own special mount! You will receive your first mount at around level 20 in a gift pack -- check bags frequently as you level! You want to make sure you bind your horse at the mount administrator. Feed the mount to raise its level and initialize it to raise its skills level.