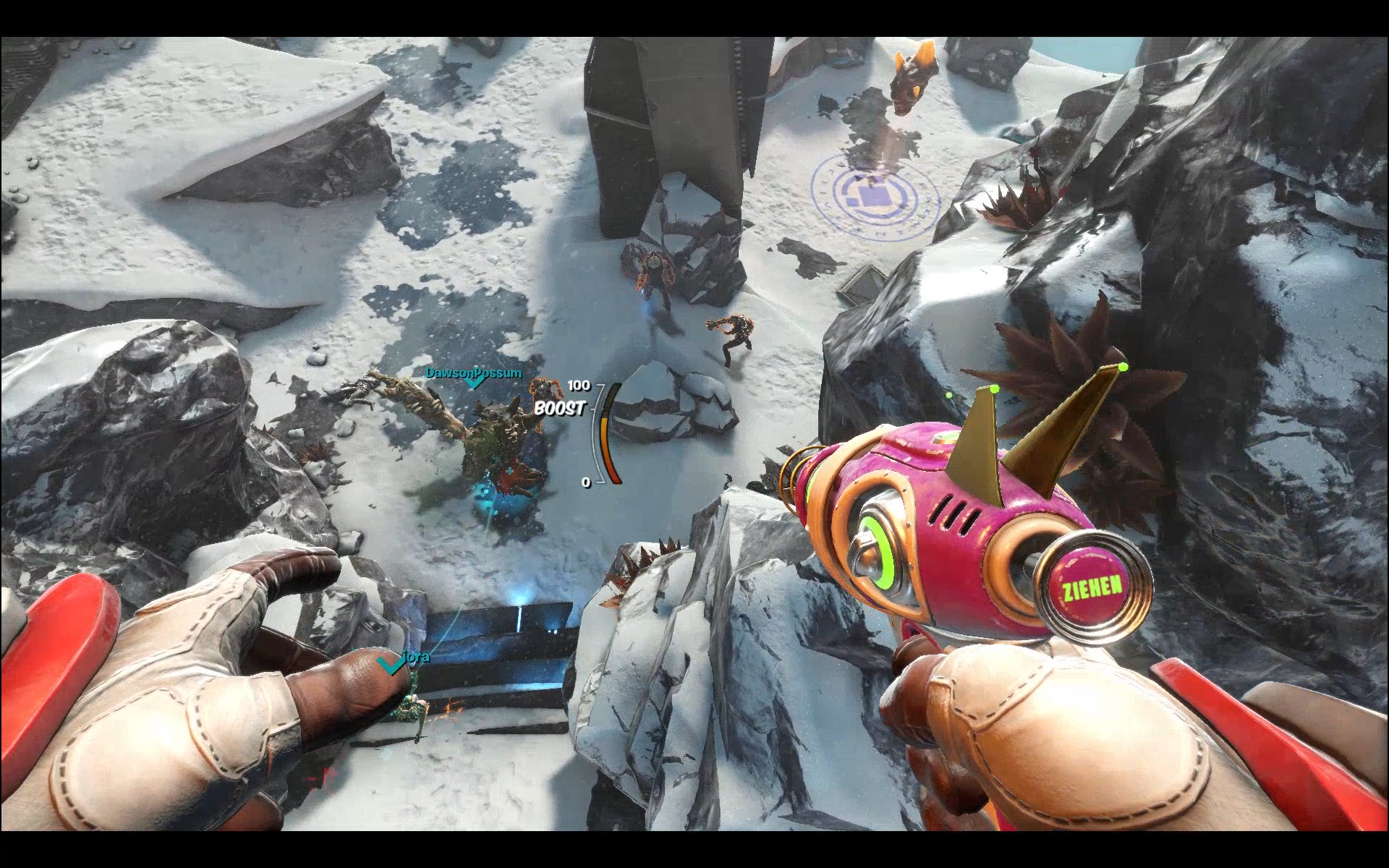 A 70s retro pulp themed hero shooter, The Amazing Eternals is a completely free to play FPS where players battle against each other in team based combat. Taking the role of various characters known as Eternals, the game offers an original deck building mechanic to grant their Eternals abilities during a match.

The concept in The Amazing Eternals is the idea that players are playing a board game and are sucked into a world where the key characters are locked in endless battle. The game’s unique 70s retro theme and style transports players into various classic pulp locations such as the old spaghetti westerns, or classic retro science fiction.

Through various game modes players will gain experience for their character, advancing their playing pieces around the game’s board to unlock new features, rewards and cards. Games also grant players currency that they can use to purchase booster packs to unlock new cards that make up a characters abilities and loadout in a match.

There’s a handful of Eternals to play as, each having a unique play style based around their 2 primary abilities and how these are augmented with their deck builds. Eternals cover standard roles such as Control, Assault and Tank guiding a player on how they should play as part of a group. Some available Eternals are:

Ray – This classic 70s science fiction hero is an astronaut meets mechanic, with his jump pack and laser pistol Ray’s main abilities focus on laying down turrets to defend points and push positions

Winter – A ruthless bounty hunter contracted to hunt down the other Eternals; he comes complete with a variety of gadgets and big AOE attacks to track and capture his prey, or simply kill them

Niia – Armed with a bow this resourceful huntress can commune with her ancestors and imbue their powers to enhance her own spirit, she is a natural survivor

Cards are acquired as player’s level up a hero and advance across the game board, also from purchased Booster Packs that will grant random cards. When building a deck players start by choosing the character they are building the deck for and must then choose 12 cards to put in their deck. Cards grant a variety of boosts, upgrades, new abilities and weapons.

The order that cards are added to a deck is important as during battle these cards will be drawn in exactly the same order. Players can have 3 cards drawn at the same time, when a drawn card is used then the next card in line is placed into their hand. A newly drawn card has a cooldown timer on it, it can only be used once that timer has expired; the more powerful the card typically the longer the timer. A deck filled with too many long timer/powerful cards can mean a player doesn’t get to draw cards as frequently. Lots of low timer cards means a player will cycle through them quicker, when all cards have been used the cards cycle back to the first card.

There are various maps and game modes in The Amazing Eternals:

Fragment Fight – Initially players battle to control a neutral point, the winner then able to get a chance to siphon their opponent’s fragment. Siphoning happens when the team is on an active fragment point, the more allied team members that are on the fragment point the quicker the fragment is siphoned and so the defending team must try and push their opponents back. Players constantly attack and defend back and forth until one team has successfully siphoned all the opponent’s fragments or the match time has run out.