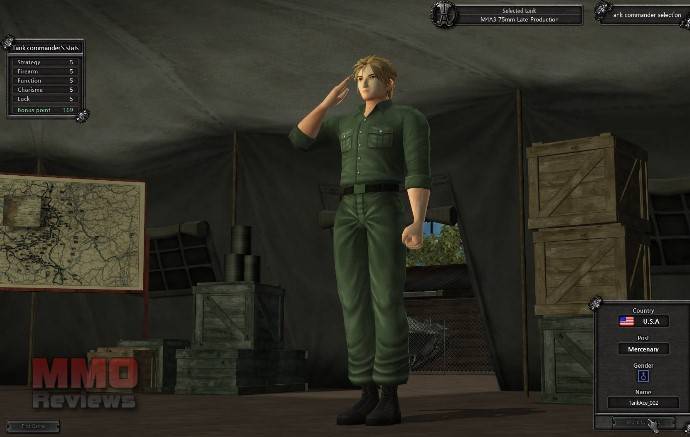 Tank Ace is a free to play MMORPG where players take control over tanks in real action combats. It is set in the World War 2 and features real historical battlefields. It presents dozens of tanks with their strengths and weaknesses. With both PvP and PvE, in the game players have to choose between one of the tree available factions: germans, americans and russians. And they can customize their tank’s armor, turrets, and crew members to maximize various attributes.

Occupational War
Occupational War Mode have three ways to finish the game. One: Reduce enemy tickets to 0. Two: destroy the enemy headquarter(HQ) and hold it for 5minutes. Three: Hold all enemy bases including their HQ at the same time.  It has various buildings that players must utilize and defend, such as; Headquarter(HQ), Forward Control Base(FCB), Army Supply Plant(ASP), Facility Maintenance Shop(FMS), Air Control Point(ACP),  Fire Support Area(FSA), Observation Post(OP).

Annihilation
Annihilation mode uses a big map and good communication with the teammates, when the game starts it takes a bit of time to actually engage enemies but once the combat starts it gets fierce and it is advised that all players pay full attention. Only goal in Annihilation mode is to literally annihilate enemy tanks.

Challenge
Players can do the missions he/she have already completed in various difficulties to challenge themselves and see how fast and efficiently they can finish the mission once again. Ranked players in Challenge Mode are rewarded with extra experience and items. Also there are titles, medals and items a player can achieve ONLY in Challenge Mode.

Missions
Missions are based on real battles in World War 2, therefore each country has its own  unique historical missions and a player cannot receive a mission from other countries other than his/her own. There are 7 different types of mission; Annihilation, Patrol, Acquisition, Breakthrough, Escort, Occupy, Defend.