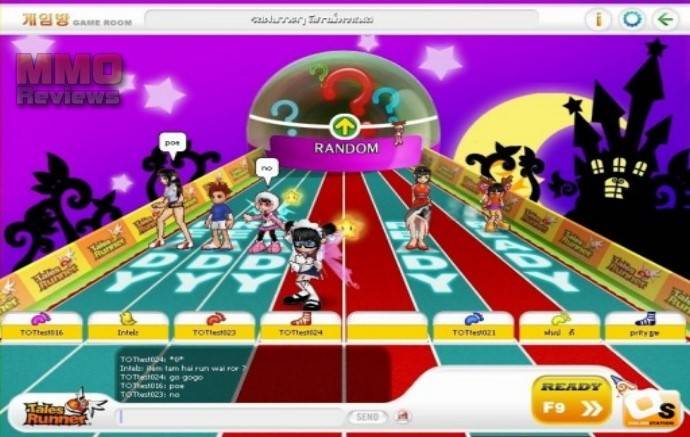 Developed by Rhaon Entertainment for Windows.

Character development in Tales Runner consists of gaining experience points and levels (which don't actually improve the character's abilities though) and gaining various pieces of equipment which can be used to improve the characters's abilities, either by purchasing them from the in-game shop, or as prizes for racing, participating in events, or completing quests.

Pets are parts of character equipment usable with any character. Depending on the pet, the character acquires various bonuses. Pets are obtained with full life which represents 30 days. Pet life is decreasing over time regardless if the pet is equipped or if the account is used.

Tales Runner Alchemy system allows players to create new items using recipes and ingredients. Recipes are always bought in Alchemist and are stored in there, too. Ingredients are usually Cards and, in case of higher-level alchemy items, appropriate lower-level alchemy items (can be expired). In some cases, ingredients are items bought in Shop. In most cases, it is also possible to buy a bundle of recipe and all cards needed to create the item.

Tales Land is one of community maps. Player characters can meet there, chat, run around, or use various NPCs to access more park functions.

its capacity is 50 players - if the park becomes full, another instance of park is spawned and more players entering the park appear in the new instance.