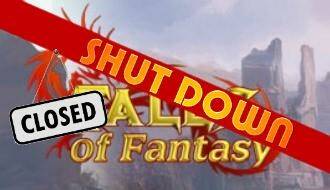 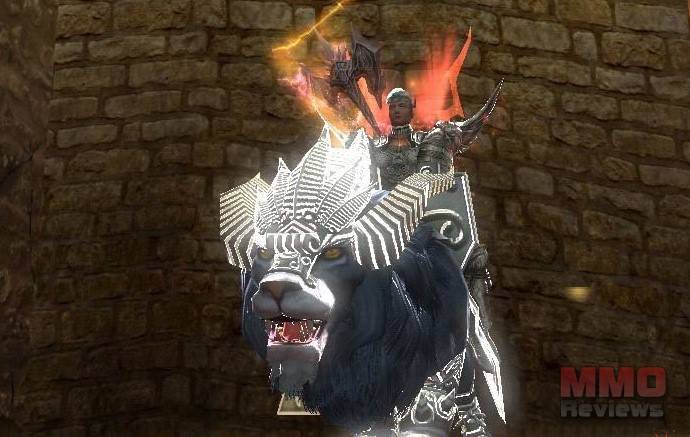 Developed by IGG for Windows.

Tales of Fantasy is a free to play MMORPG which features a massive 3D environment centered on inter-faction warfare with an immersive history and storyline. Players can choose to fight for one of two powerful nations locked in constant conflict while working to thwart an even greater threat to both sides. The mighty civilizations of Ashland (a tribal community located in the west and Bohren long ago reached the limits of their tolerance for each other. The results of all this tension ultimately led to war.

What once thrived as a small community in the midwestern parts of the land of Elterra has evolved into several major powers. Their history includes millennia of achievements in culture, linguistics, faith, and the arts. Sadly, darkness resides in the deepest hollows of the human heart, and acts of war, plunder, and slaughter soon ensued. Greed drove the nations to wage wars in which mindless killings were permitted to continue day after day in the name of accumulating more territory.

Years of continued strife gradually gave birth to three great factions: Ashland, Zan Korrel, and Evdar. Ashland took control over most of the land, with Evdar claiming the northwestern territories and the Zan Korrel controlling the shores. This was the situation for many years, until the arrival of new settlers. When the new settlers arrived, they brought with them new fashions and languages. During a time of peace, the people of Elterra learned new technologies for crafting armor, as well as the mysterious powers of alchemy. Having brought new knowledge to Elterra, the newcomers quickly earned their place among the native peoples.

Thirty years passed quickly, and as the saying goes, good times do not last forever. Religious and cultural clashes with the newcomers became more frequent. Accordingly, tolerance levels were gradually wearing thin. What finally set a fateful chain of events into motion was a drastic increase in taxes on the newcomers. Unable to tolerate their treatment any longer, the Kirin-worshipping newcomers staged a rebellion and usurped the throne, putting their leader, Fusu, in power and declaring the beginning of the Kirin Era. A massive war erupted as a result. With technologically superior weapons and alchemy, the Kirin Empire in the East held the upper hand in all battles. Nevertheless, the Evdar and the Zan Korrel, with their mysterious magiks, were forces to be reckoned with. In the midst of all these conflicts, a divine artifact in the east known as the Dimensional Gate was somehow damaged. Strange beings began to appear in Elterra.

The demise of the Kirin Empire was inevitable and irreversible, as various feudal lords with lofty ambitions started to eye the seat of power, waiting for the most opportune moment to strike. With the passing of the last ruler of Fusu's lineage, all chaos broke loose. The saints of the land could not bear to see innocent civilians caught in this mindless war, forced to live with the hardships that would ensue from the blind greed of those who held power. They led the homeless, soldiers tired of all the fighting, and even a few of the former ruling class, who did not wish to be part of the violence anymore. All of them traveled through the Dimensional Gate into the unknown. "At the very least," they thought, "things cannot be worse than in our war-ravaged homeland.

The world they found was a utopia compared to the chaos they had left behind. It was a land where everything was beautiful and whole. There was no war, no hate, and no conflict in their new land. Through unity and goodwill, these refugees quickly built up a whole new civilization for themselves there, with their own army and culture. It was a place they could call home. All of this was accomplished in a brief 30 years.

Sentinel
Wielding a shield in battle, the Sentinel has mastered using it to both attack and defend. While they won’t dish out the most damage, they will strike when least expected. With the highest defense and HP of all the classes, it is impossible to score a quick victory over them. Their amazing vitality makes them invaluable when taking on BOSSes.

Gladiator
With a will of iron, the Gladiator is a master of weapons and melee combat. On the battlefield, nothing can stand for long against the might of a Gladiator. They can find an enemy’s weak spots and attack without mercy. Anger a Gladiator at your own risk. With the best attack power and an array of skills to augment their prowess, Gladiators are deadly in close combat. They may be slow, but one blow can knock you senseless if you’re not careful.

Assassin
The born killers known as Assassins walk the shadows, trained to bide their time under cover and in darkness. They strike at the most opportune moments, swiftly dispatching their targets. In battle, unwary opponents will find themselves at the mercy of these silent killers. With the highest Critical rating and speed of any class, an Assassin is truly a force to be reckoned with.

Marksman
Marksmen, as their name suggests, are masters of the bow. Their deadly accuracy and agility combined with the ultimate ranged attacks can leave a foe helpless, unable to even get close enough to strike back. Their range is 50% greater than that of a spellcaster, making them truly devastating in wide open spaces.

Druid
As agile as an Assassin and as destructive as a Mage, the Druid is a master of shapeshifting, able to adopt the natural abilities of wild beasts at will. Their mastery over their physical form is truly astounding. It has even been said that a Druid can surpass an Assassin at their own game.
Summoner
A class shrouded in mystery, the Summoner studies arcane arts few have knowledge of and fewer have mastered. These dark mages can pass between the realms of the living and the dead freely, and have the ability to beckon hellish beasts to their aid. Trying to fight one skilled in such magic is like staring into the gates of Hell itself. Those who have survived such an encounter have reported becoming strangely tired and quickly overwhelmed.

Archmage
Never one to enjoy companionship, an Archmage walks a solitary path. Total mastery over their surroundings and the elements make them truly formidable adversaries, despite their weak appearance. With a wave of a hand, an Archmage can whip up tornados and firestorms as if it were child’s play.

Priest
A Priest, often described as the pillar of support in a party, brings hope and life to all who travel with them, touching lives with their benevolence. Their sworn duty to protect and revive their comrades is aided by the power of God himself. Daring to cross them is akin to challenging the heavens.

In TOF, players are able to cast spells and use their abilities to strike at their enemies from astride a galloping beast. The game also has a whole variety of mounts to suit even the most discriminating warriors taste. From mighty War Steeds with their thundering hoofs, to mythic Holy Beasts that radiate magic and energy, there's something for everyone! Mount up and charge into battle at anytime, switch beasts mid stride to confuse defenders, and attack without dismounting!

Legends speak of a past when the race of men possessed the power of flight. When we were all powerful Angels blessed by the Deities with wings. However, at some point we fell from grace and lost this gift. What happened, and how do we restore what is rightfully ours? The journey to find and reclaim our heritage begins now!

For those racing fanatics out there, TOF has even incorporated a Horse Racing system. Players can use their mounts to race other contestants across a designated racecourse passing through various locations in the world of Elterra. Winners will be announced throughout the world and receive a title that adds to their character attributes as a reward.

In the game, players have a wide variety of items available for gathering and use in creating more powerful equipment. Besides creating equipment, players also have the options of using items gathered to enhance their equipment, increasing their power!