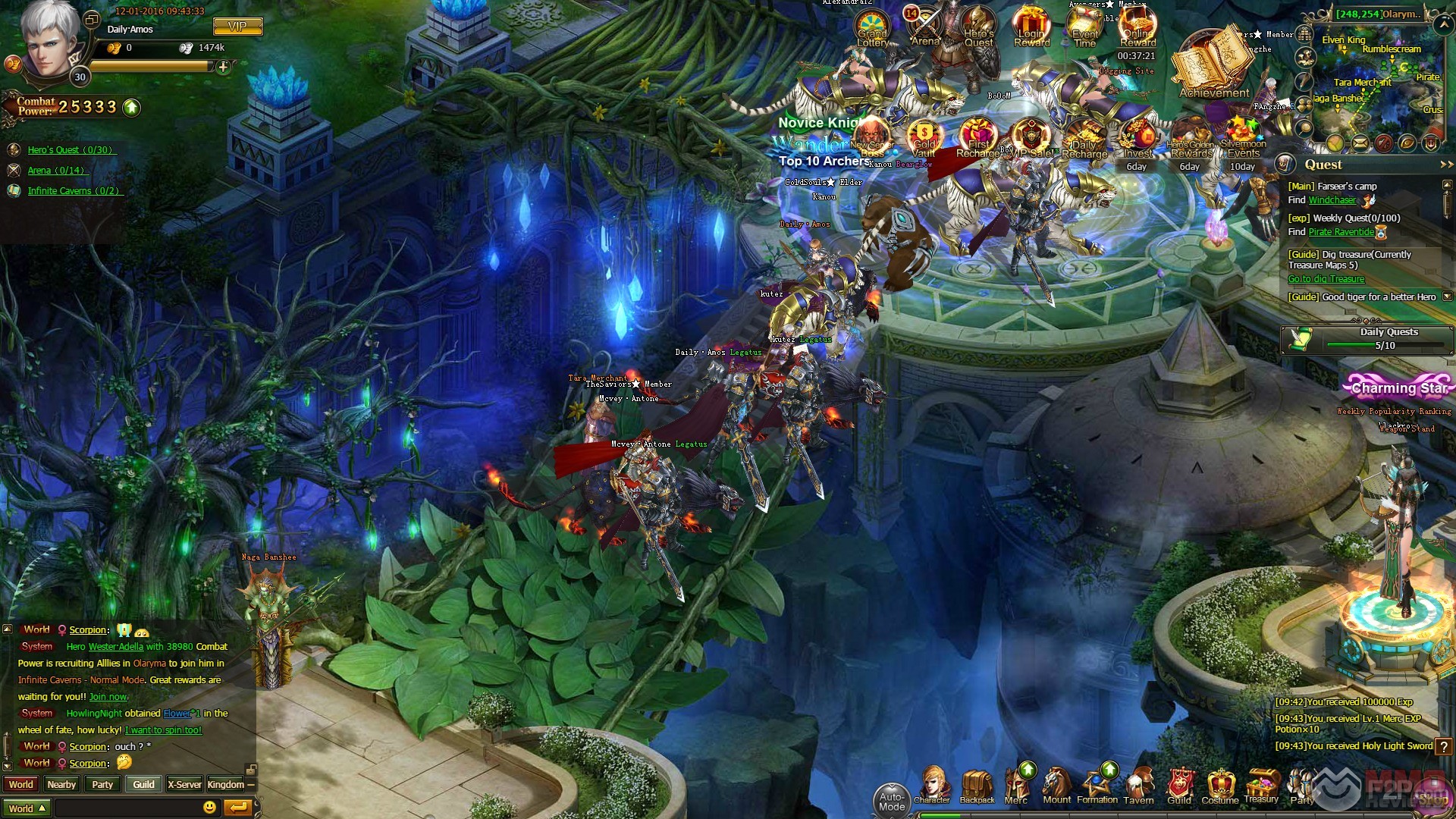 Sword of Divinity is a browser based MMORPG-style title accessible through Facebook, completely free to play it allows players to jump into a fantasy world where they are the heroes taking on quests to help races of the world to defeat the enemies that threaten to destroy them. In the game players will control and level up their very own hero, recruit Mercenaries to fight by their side, earn gear and items to train them and battle through PVP orientated and PVE focused game content.

The primary focus of the game is working towards building up a strong team to put them through various PVE challenges and compete against other players in PVP to climb the ranks and earn prizes. Players acquire new Merc characters and assign them to their team, train them up to increase their personal Combat Power, which adds to the team’s Combat Power total, and then keep fighting through content, unlocking new content, making Mercs stronger so that they can then take on even tougher challenges.

Swords of Divinity is free to play and features a premium Gold currency that can be purchased with cash and used to speed up/refresh cooldowns on various features, replace missing resources, purchase Stamina, which is consumed when performing various tasks and attempting content (e.g. Hero’s Quest dungeons).

The battle team is made up using the player’s main Hero, chosen from four different class characters at character creation, they have a female or male version of an Archer, Mage, Priest or Knight. The Archer and Knight focus on physical damage, with the Knight having higher defenses and the Archer focusing on critical strikes. The Mage and Priest deal magic damage, the Mage harnessing the elements to wield powerful AoE damage spells and the Priest performing healing abilities to keep a team fighting.

Combat in Swords of Divinity is automated and upon entering an instanced battle the player has very little control over their team, the core strategy element and gameplay of the title is in creating a strong team and customizing them through their gear, choice of skills and position in different formations that will grant various benefits. Battles are turn based with each character from both teams taking their turn to make an attack, when each character has made an attack then the round restarts and players have a set number of rounds in which to win the battle; to win the players must eliminate all the opposition’s units.

The game offers various ways in which to improve a Hero/Merc, and in turn the teams Combat Power, many new features being unlocked as the player levels up their hero character. Mercs are levelled up with EXP items whereas players earn EXP from winning battles and other features; once levelled up characters can be boosted to acquire new skills and stat increases. Various types of gear can be picked up through different features, which can be equipped to characters to boost their abilities; the weapons themselves can be enhanced to make the bonuses even stronger.

The game provides PVP content with players battling each other in Arena combat (still in automated battles) trying to earn rank so that they can have both bragging rights and extra rewards. PVE comes in various forms including a quest-driven story-orientated campaign mode, repeatable dungeon stages in the Hero’s Quest, and New Server and World Bosses where players can fight huge opponents and earn rewards from it, and much more.