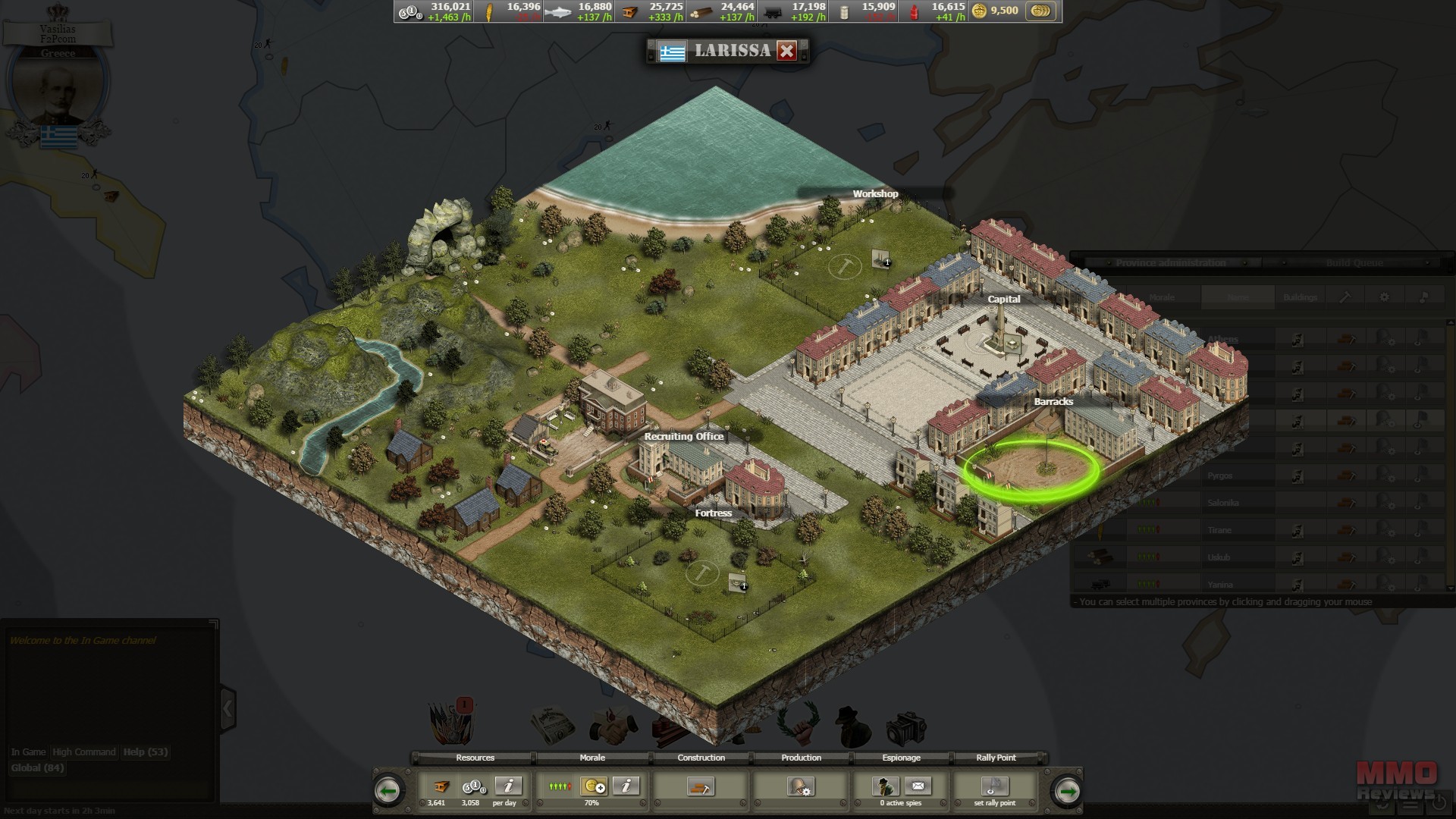 Supremacy 1914 is a free-to-play massively multiplayer online real turn strategy game made to run in your browser where you are the leader of a great nation where using diplomacy or sheer force you can become a sovereign leader of the entire continent. In rounds that last between four to eight weeks you play on a map of continuously shifting territories, sweeping across the map against players and sophisticated AI.

Set in WWI Supremacy 1914 puts you in charge of your own army where you must build your economy, alliances and army if you intend to survive. Lead your forces onto the battlefield and become the ruler of Europe.

One of the most important features in the game is Morale, a delicate system that is engrained through all aspects of the game, from the motivation and strength of your troops, the well-being of provinces and the speed of resource production. Morale is gained and lost through many different factors such as province upgrading, waging war and what your resource supplies and availability are like. This calculation is determined by examining your entire province network, and neighbouring provinces will also impact it.


Morale also determines the points scoring for the index of power which ultimately determines you victory or defeat, each day the target moral is calculated and the actual moral will over time reach that calculated value.

When a province decided to upgrade itself with a working factory then it gives the player access to advanced weapons, determined by the level of the factor, which essentially allow more advanced tactics which are much needed in the late game. The factory level also determines your production times, the higher the level in comparison to the level needed for a specific weapon means the time taken decreases significantly.

The three required resources in Supremacy 1914 are Food, Energy and Building Materials, all of which are necessary to build a successful empire, all of which are available on the European map. When starting the game each player controls a country that consists of 12 provinces, each of which has a focus on one of these resources that is then distributed throughout your nation.

All of a nations resources are consumed and produced automatically, easily monitored by the income rate of a province and your nation. When used up your nation falls into a deficit and the missing resource will have a negative income that reduces your morale and ceases production on buildings until the resource is brought back up.

The premium currency in Supremacy 1914 is Goldmark, which can be used to unlock special features in the game that otherwise cannot be used, and whilst these features aren’t essential they do definitely give you the edge against other players that could be crucial for being victorious: