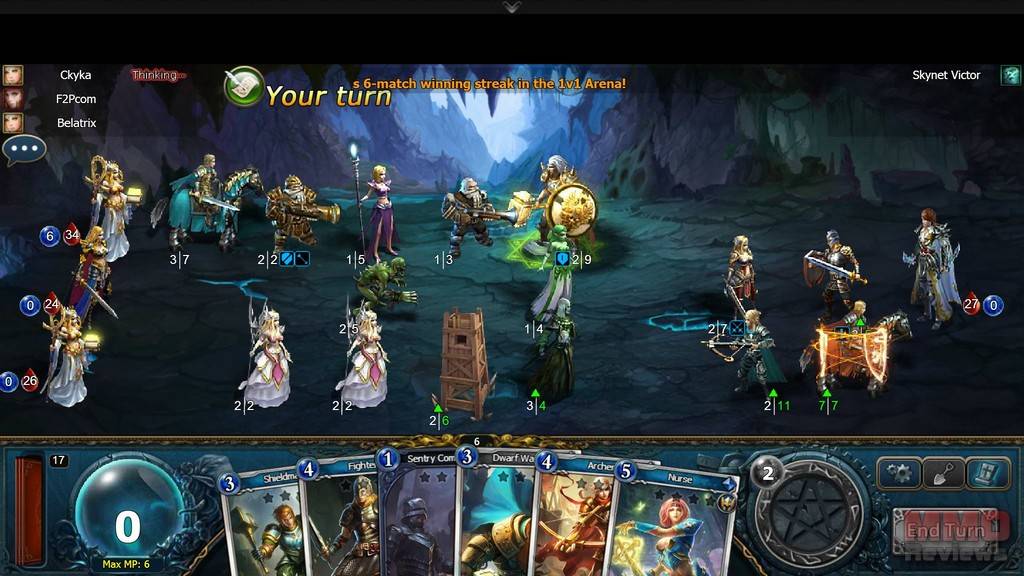 This browser-based free to play card game enables players to construct their own playable decks made up from various skills and units as they enter duels with the enemy AI or other players from around the world in a bid to claim XP and in game currency to further expand and improve their deck. The game offers hundreds of different cards creating an infinite number of available strategies and players can spend in game currency or real-world cash to purchase booster packs from the store that will give them access to more cards.

Summoner’s Legion focuses on classic card collecting turn-based combat strategy where the core goal is to construct your own powerful deck built up from a wide variety of skills and units from your pool of collected cards. Each deck can have 30 cards in it that players will take into battle, either against the AI or real-world opponents, and can be solo one-on-one fights or even team based combat against multiple opponents. Using XP earned through successful battles players will level up and gain access to new in game features, they will also gain in game currency that they can use to buy new booster packs.

The players Hero is the most important thing to them in the battle, with its own Weapon that can perform a specific ability on the fielded units ranging from attacks on enemy units or heals to their allies depending on the Hero class. Each Hero in a battle stands at one end of the battlefield, with their own hit points, they are the ultimate objective for both teams: to try and destroy the opposing Hero.

Units are placed on the battlefield each turn, which consists of multiple squares laid out in a horizontal line that links up the two opposing Heroes, each opponent will place down their Units on their side of the battlefield. For simple games, particularly in the early PvE campaign, players will only have to worry about one line between the Heroes, whereas with later battles and PVP players will typically have up to 3 lines to worry about.

At the start of the game players automatically draw three cards at random from their deck, with an option to reshuffle, from here each turn the player will draw a new card so they potentially always have something to play each turn. Opponents play their cards by spending Mana from their personal Mana Pool, as each card has an individual Mana Cost, and each turn the pool fully refreshes so they are able to spend all their Mana again. As well as refreshing the Mana Pool increases its total threshold by one point each turn so that as the game progresses players are able to play more powerful cards with higher Mana Costs.

Once the Unit Cards have been placed onto the battlefield, or the Skill Cards used (which allow other actions such as drawing extra cards, attacking enemies directly and other tactical options) and the player has either spent all their mana or have no available cards to play then they will end of the turn. At this point the players fielded Units will automatically move forward their available movement (default two squares) and attack any available targets within range (default two squares), either enemy units that have been fielded or if in range and no enemy unit is blocking then they will deal direct damage to the opposing Hero based off the unit cards individual Damage value. Each card also has a Health value that determines how much damage it can take from an enemy before it is killed and removed from the battlefield. To add to the extra strategy many cards also have unique traits that allow them to move further, attack at longer ranges or unique abilities such as healing and attacking enemies on adjacent lines.