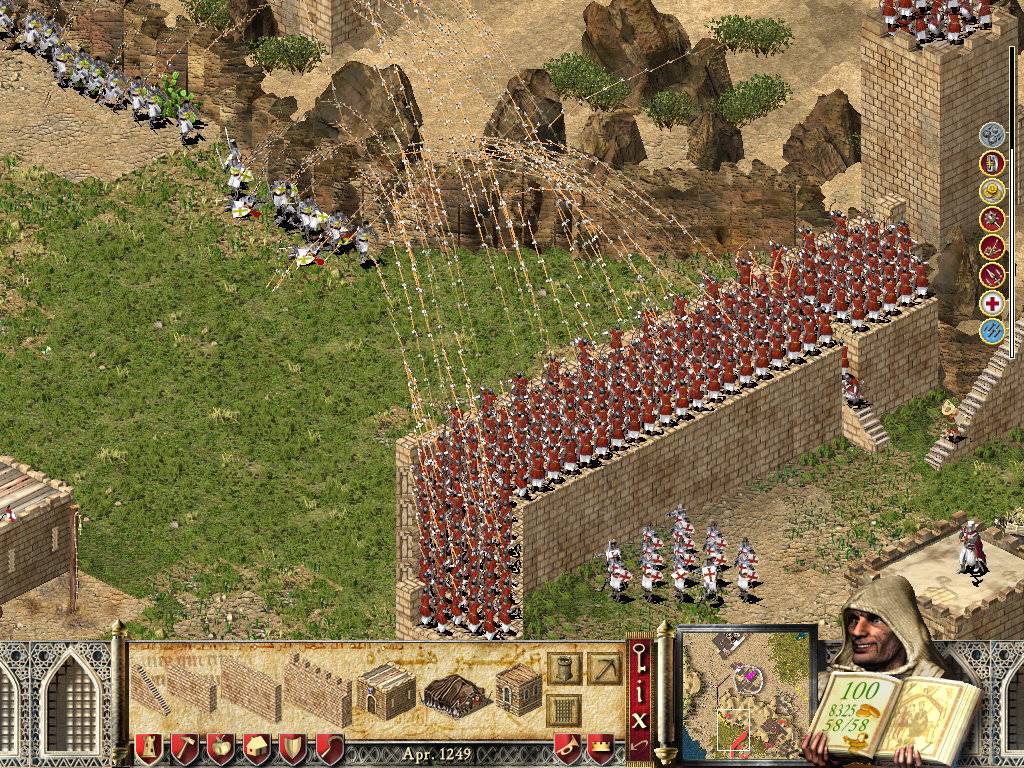 Set in the middle ages Stronghold Kingdoms is a fast paced free to play MMORTS that puts the player in charge of their own empire, building and expanding their own village players compete against thousands of others in this online persistent world. There are many routes to victory; trade, diplomacy or all out conquest as you battle against your enemies in ruthless siege battles.

One of the first things you will have to do is choose the location of your village, using the world map you will be able to examine various locations and pick one that suits you, or alternatively one can be randomly assigned.

The village is the main hub of your mighty empire; it is where you build your first buildings to gather resources and give the peasants who work there somewhere to live. The goal of every village is to build one that is efficient which requires constant management of balancing your resources, building new buildings and attracting more populous.

Over time your village will expand and begin to offer up more options to you, new buildings and resources that are each used in different ways such as having an armourer enables you to build the armour resources, which in turn allows you to recruit swordsmen and pikemen. Building a dairy farm gives you access to cheese, and brewery gives you access to ale, both of which are used to increase your villages’ population so that you continue to grow.

You are not the only player, scattered all around you are other players with their own villages who may in time come knocking at your gates with their armies. You aren’t expected to arm your peasants with pitchforks and so in Stronghold Kingdoms you are able to build your very own castle, hand designed and placing each wall, tower and moat tile to defend your people. At the heart of each castle, and the true target for any attackers, is your keep which must be defended at all costs.

However, it takes more than bricks and mortar to hold back a raiding enemy hell bent on conquest and so building a substantial military to defend your growing empire is equally important. Defensive units can be built to protect your people, but offensive units can be made to take the battle to your enemies (or neighbours who seem weak!), conquering another players village means you take it into your own empire to control and consequently knock them out of the game.

Stronghold Kingdoms offers many different styles of play; being an aggressive conquering Empire is but one choice as you seek to expand your borders. However, to ensure you are not the victim of such an expansion many players will join up to a Faction; a collection of players which can band together under the same banner creating safety in numbers. Essentially your Faction is a guild that can have a total of forty other villages/players in it.

Expanding upon that, a faction may choose to join one of the twenty Houses available in their world, creating even larger networks and battling for key points throughout the game world. Whilst alone you may be vulnerable you are also inconspicuous, as part of a House your village is marked with a unique flag of that House and making yourself an instant target for all your rivals!

Throughout the game players can unlock various achievement awards, gain new titles and complete quests, all of which are shown on their village profile. Each achievement is more than just a fancy badge and will actually make a difference to your empire, giving bonuses to various aspects of gameplay to further help your villages flourish. Many of the benefits come in direct boosts to your empire, but also the ability to earn Strategy Cards, one off cards that give even further boosts but you are able to play them when you wish and being more tactical as to when you wish to play your cards.

Whilst the game is completely free to play there is a premium option that enables a number of extra features that can benefit your empire whilst you are online and offline. Two of the features that has both online and offline benefits is the ability to queue up to five research technologies and up to five buildings in your village construction, meaning a less micro-managed empire is needed; a great benefit for those who have a sprawling empire made up of multiple villages.

The offline features for when you aren’t in game have various options for automation, from enabling your traders to automatically sell resources at market, scouts seeking out new stashes, automatically recruiting peasants into your army and assigning your military to auto attack assigned AI enemies.