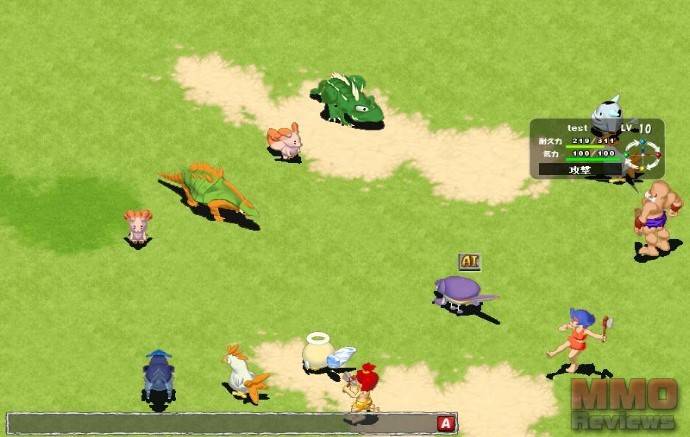 Developed by DigiPark for Windows.

Stone Age 2 is a 2D fantasy MMORPG with anime inspired graphics, turn based combat, and a unique prehistoric theme.  Chose from 12 characters, catch and train pets, decorate your own den or cook meals.

Since the dawn of time, a man needs a place of shelter where he can sleep and rest without fear or an escape from the harsh elements. In Stone Age 2, your den is private sanctuary. There are a lot of functions available inside your den such as the ability to record/edit a diary record of your adventures, to play with your pets, to store your extra goodies (bank) as well as a place where you can decorate and customize to your heart's content.

The turn-based system of Stone Age 2 makes it extremely difficult for a player to fight effectively alone. Therefore, they may enter battle with helper characters known as Pals, essentially pets. Any regular monster in the game is availabe as a pet. (With possible exceptions)

A player begins with the ability to have one pet assist them in combat. Every five levels, they receive another slot for a pet in battle, up to a maximum of five helpers upon reaching level 20.

To acquire other Pets, the player must attempt to Capture them during a battle. The Capture command will cause the player to rush to the target and attempt a Capture. If this is successful, a series of nodes will appear on the screen indicating how many turns the Capture will take.