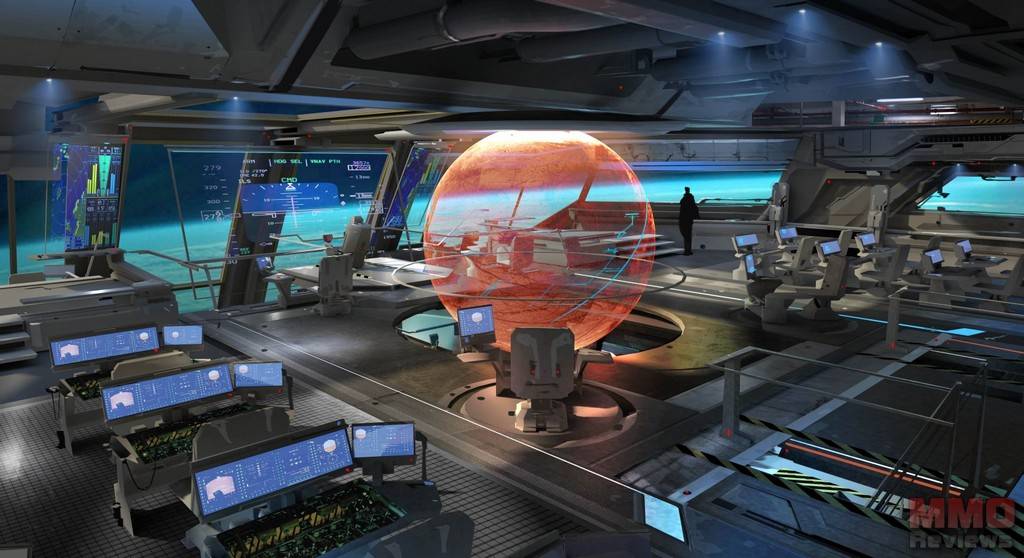 Star Citizen is a space-based MMORPG that allows players to live out their life in a sandbox universe where they can step into the shoes of an intergalactic pilot, choosing to fly as a military starship pilot, career valuable resources as a trader merchant or with a life of crime as a notorious and feared pirate that plagues on traders. With action-based PVP and PVE content, players will be able to play with and against each other in an ongoing persistent world where their actions will affect each other.

In this sandbox world, players are able to choose their own role, free of levels and skills it is how each player customises their own ships that will determine what they are fit for. With various base models, from huge storage cargo haulers to smaller fighter ship's capable of dog fighting, each can be further customised to help players live out the career that they wish for, be that a trader, soldier, pirate bounty hunter. This freedom to switch roles is only hindered by your choice of ship, but with multiple ships available players can pick and choose what they do each day and makes trying out different styles of play completely accessible!

Where other MMO’s focus on levelling up the character, in Star Citizen your character is less important than your actual ship, how you modify it and customise it with various weapons, engines, reactors, cockpits, thrusters and more have the biggest impact on how you perform, fight and survive in space. Ships can be personalised for pure mechanics and flight slash combat purposes as well as giving cosmetic touches to add that personal touch.

One of the key things about the game is how missions are generated. With a living breathing Galaxy full of NPC’s and factions with various needs and requirements players are able to tap into this endless economy and play a large part, as well as affecting the infrastructure of factions, planets and entire star systems.

If a factory in one star system requires resources to build missiles and runs out then they will put a call out over the mission system asking for someone to bring that resource to their factory. Whilst this resource is available the factory will cease to create those particular missiles, missiles that may be used by a number of players across the Galaxy. A player can take on this mission to transport the resource goods to the factory if they have access to them, similarly AI will also try to complete these missions if a player does not pick them up meaning that the world keeps turning.

If however that player transporting the resources is attacked by pirates, parrots to continually harass the space lanes stopping resources reaching the factory then they may put up a secondary mission to deal with the pirate threat. Whilst all this is happening the missiles they needed to make are still going unmade, which means they then become in high demand and can respectively make the prices for them increase by those that can still supply them. With ongoing AI dynamic events such as faction blockades, planetary disasters and piracy these missions will continuously give players something to accomplish as well as other players actively trying to make sure that they fail.

Fans of the old wing commander will be happy to hear about the single player campaign "Squadron 42" that comes as part of star citizen and is a single player campaign that will slowly integrate players into the larger sandbox world. The game can be played off-line and solo, where players’ actions will determine how NPC’s treat them aboard their main carrier. Alternatively players can play the campaign with their friends in Co-op mode who can help them complete their objectives and missions of playing as a wing man or co-pilot.