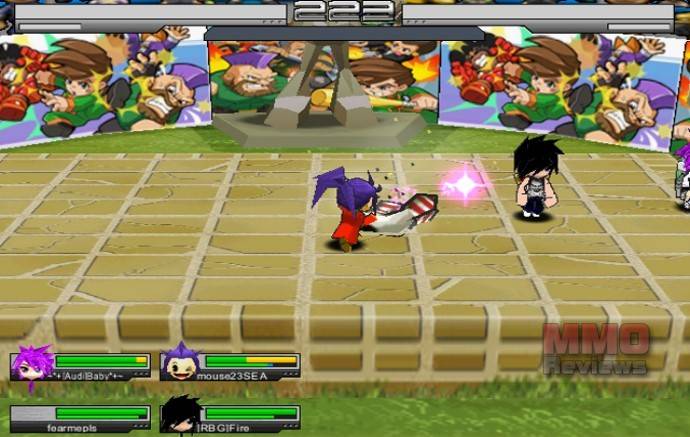 Developed by CyberStep for Windows.

Splash Fighters is a 3D action brawler MMO where players beat each other senseless with fists, bats, guns, bazookas, chainsaws, lightsabers and other weapons. With its cartoony graphics, 7 game modes, 12+ classes and extensive appearance customization, Splash Fighters may be a simple game but it packs quite a punch!