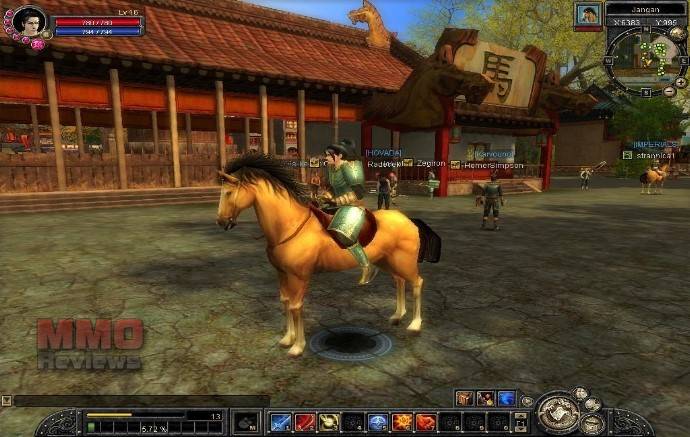 Developed by Joymax Games for Windows.

Silkroad Online is a fantasy MMORPG set in the 7th century AD, along the Silk Road between China and Europe. The game requires no periodic subscription fee, but players can purchase premium items to customize or accelerate gameplay.

In the Legend I update for Silkroad, the European classes and areas were introduced to the International servers. In Legend II, Fortress War was introduced to the players of iSRO. In fortress war, guilds fight to take hold of a fort which gives them the ability to raise taxes and hold some prestige over other guilds. In Legend III, Roc Mountain and 90 cap were introduced, as well as 9th Degree Armor and Weapons for both races. In Legend III+, the Bandit Fortress was added to iSRO, as well as Devil's Spirit silk dress.