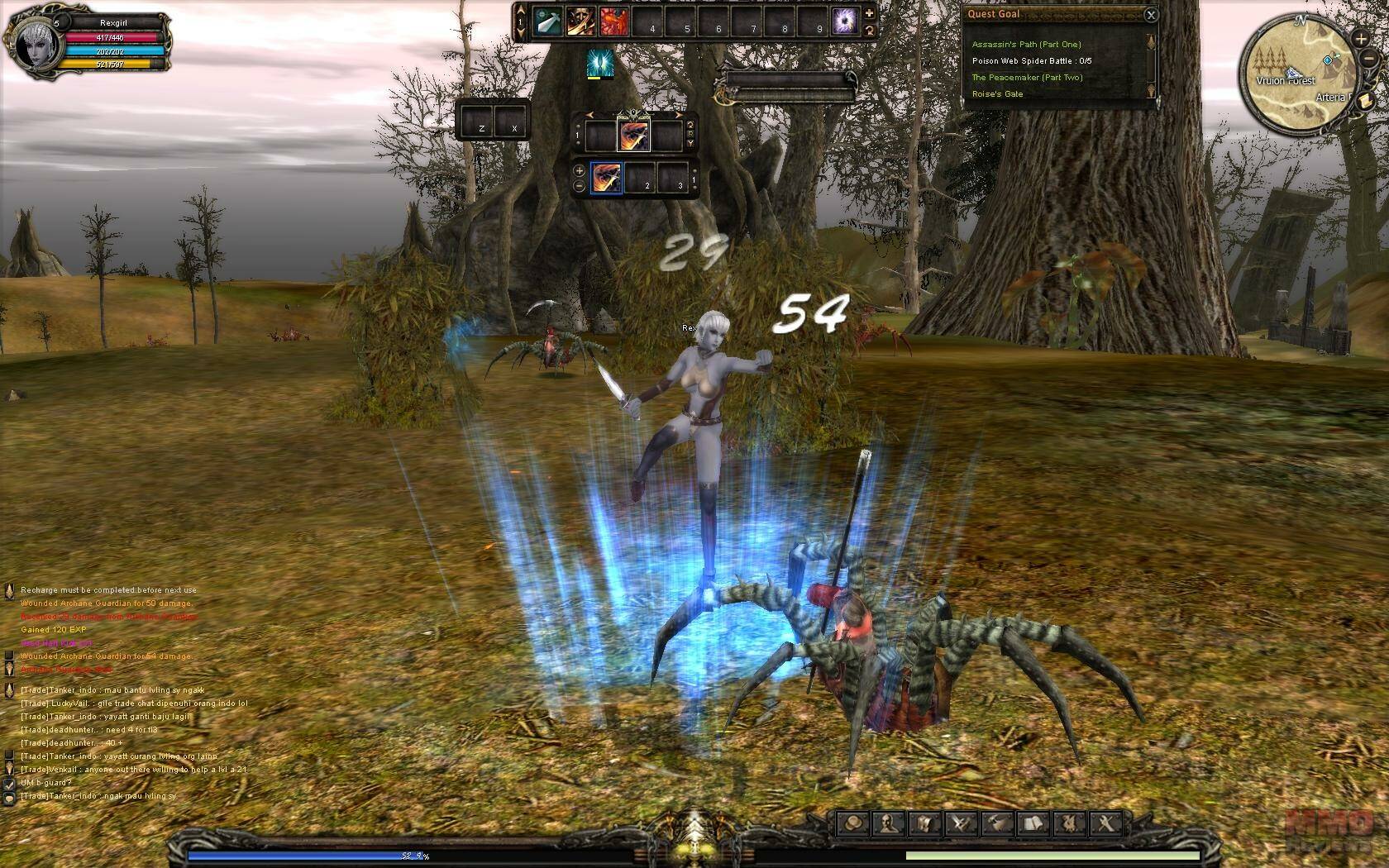 Shaiya Phoenix is a stunning free-to-play Massively Multiplayer Online Role Playing Game (MMORPG) with a fantasy setting that immerses players in a massive war between the two factions of the game: the Alliance of Light and the Union of Fury.

Players will quest for glory in solo or group play, earning new weapons and armour in order to become dominant powers in the game world.

In ancient times, the Goddess Etain came to the universe to create the world of Shaiya and several races to inhabit those lands: the Thelaiosis, the Nordein, and the Dumianas. Not satisfied with her creation, Etain cast the brutal Nordein to the soil. Unfortunately, things went even worse with the Dumianas who finally killed the Goddess, tearing her soul in two. The world was thrown into chaos and war until nearly everything was destroyed and everybody killed.

Out of the few survivors two new races were born: the Elves and the Vail, living in constant conflict with each other. Soon after, the Humans joined forces with the Elves while the Nordein re-emerged as the Deatheaters and allied with the Vail, creating two factions: The Alliance of Light and the Union of Fury. Not only battling the monsters that still roam the lands, these two sides wage a never ending war over the control of the world of Shaiya.

Shaiya Phoenix has a new and improved player experience:

And it also differs from original Shaiya in the following ways: No GM Enchants

-No Max OJ’s; No Monthly Rebate; No grind-able gear will be sold; No integration of tiered, loot wheel, loot forge , free lootbox; No sale of Swift or Stat Lapises; No Bank teller NPC’s; No Gold Bar Merchants; All Items will be sent to the In game “Gift Box”; No Double-Kill bonuses, Enchanting bonuses, Linking bonuses; Dedicated economy management task force including new software, 24/7 surveillance, and improved security; In game item mall is non-operational; Not connect to Linked Server.

There are 4 playable races in Shaiya Phoenix for the players to choose from:

Humans - Spiritual, strong, and swift, the Humans are adept at nearly every. Their power lies in their strength of body and spirit. Born Fighters and Priests, the Humans are a natural complement to the magical Elves.

Elves - The Elves are methodical, deliberate and smart beings whose society relies on order and discipline. They are in a perpetual state of war, struggling to stave off the monsters outside their borders.

Vail - Intelligent and swift, cunning and spiritual, the Vail seek to find a state of balance in their surroundings. Not possessing the strength of some of the other races, the Vail prefer to use stealth and the mystical arts in battle.

Nordein/ Deatheaters - The Nordein/ Deatheaters, have every appearance of being brutish, violent, and aggressive. They acquired a disdain for magic and chose not to use lightly, if at all. That’s perhaps why they sided with the spiritual Vail, and not the magical Elves.

Each faction has 6 classes to choose from.

For the Alliance of Light there are:

Archer - Striking from a distance with high accuracy, Archers are able to make brutal critical hits wounding and slowing down enemies. For this, they have bows, crossbows, javelins, and short swords at their disposal.

Defender - Possessing high vitality and stamina, the human Defender is the tank class of the game, able to deal with several foes at a time. Using shields, one-handed swords, and blunt weapons, they’re always the first to throw themselves into the fight.

Fighter - With his wide range of available weapons and powerful physical attacks, the human Fighter is a fierce melee combatant at the frontline with devastating skills.

Mage - Attacking up close or far away, targeting one foe or many, the Mage uses the power of magic to destroy their enemies. Their ability to harness the power of fire, water, earth, and wind makes the Mage a force to be reckoned with.

Priest - The human Priest is a true healer, able to resurrect the dead and transform allies into powerful monsters and enemies into harmless animals. Furthermore, they have a high resistance to magical attacks.

Ranger - Stealth and deception are trademarks of a good Ranger, while ambush and evasion are their staples in combat. They can also frighten beasts or disguise themselves as harmless creatures, further enabling their stealth.

Players of the faction Union of Fury are able to choose between the following:

Assassin - The Union’s answer to the Ranger is the Assassin. They’re also characterized by a high evasion ability, stealth and disguise, using short blades and claw weapons

Guardian - As the counterpart to the human Defender, the Guardian is a defensive powerhouse, pure and simple, utilizing the same weapons as his human foe.

Hunter - Hunters use ranged attacks to wound and slow down opponents, as well as lower their attack power. For their highly accurate attacks they have axes, javelins, and bows at their disposal.

Oracle - Oracles are the Union’s counterpart to the human Priest and share the same abilities: curing power, resurrection and transformation.

Pagan - By channelling spiritual forces, the Pagan is able to unleash powerful magic attacks. Attacking up close or from afar, the Pagan’s single-target and area-of-effect attacks are a great threat the enemy.

Warrior - Like the human Fighter, the Nordein Warrior is a fierce melee combatant, confronting foes up close and personal with powerful physical attacks. This frontline brawler uses a wide range of weapons.

After creating a character and select a name, class, sex, profession, and an appearance for it, players will also have to choose the difficulty setting for their gameplay experience.

There are three modes to choose:

Normal - For players who have some experience with MMORPGs.

Hard - Level requirements are much harder in this mode, but status and skill bonuses are increased.

Ultimate - Requiring skill and patience, this mode is only for players looking for the ultimate challenge. Characters that die in Ultimate Mode will be deleted if not resurrected within 3 minutes.

Despite from challenging members of their own realm to a duel, players are also able to compete against others of the opposing faction on the PvP battlegrounds in order to take control of three different areas and to gain higher ranks providing access to more stats, gold and glory. The player’s chosen difficulty mode determines the ranks that can be achieved.

Another opportunity to combat is to go monster hunting. Shaiya Phoenix features a monster ID system signalizing the challenge by different colours from white (no XP value) to pink (phenomenal XP).