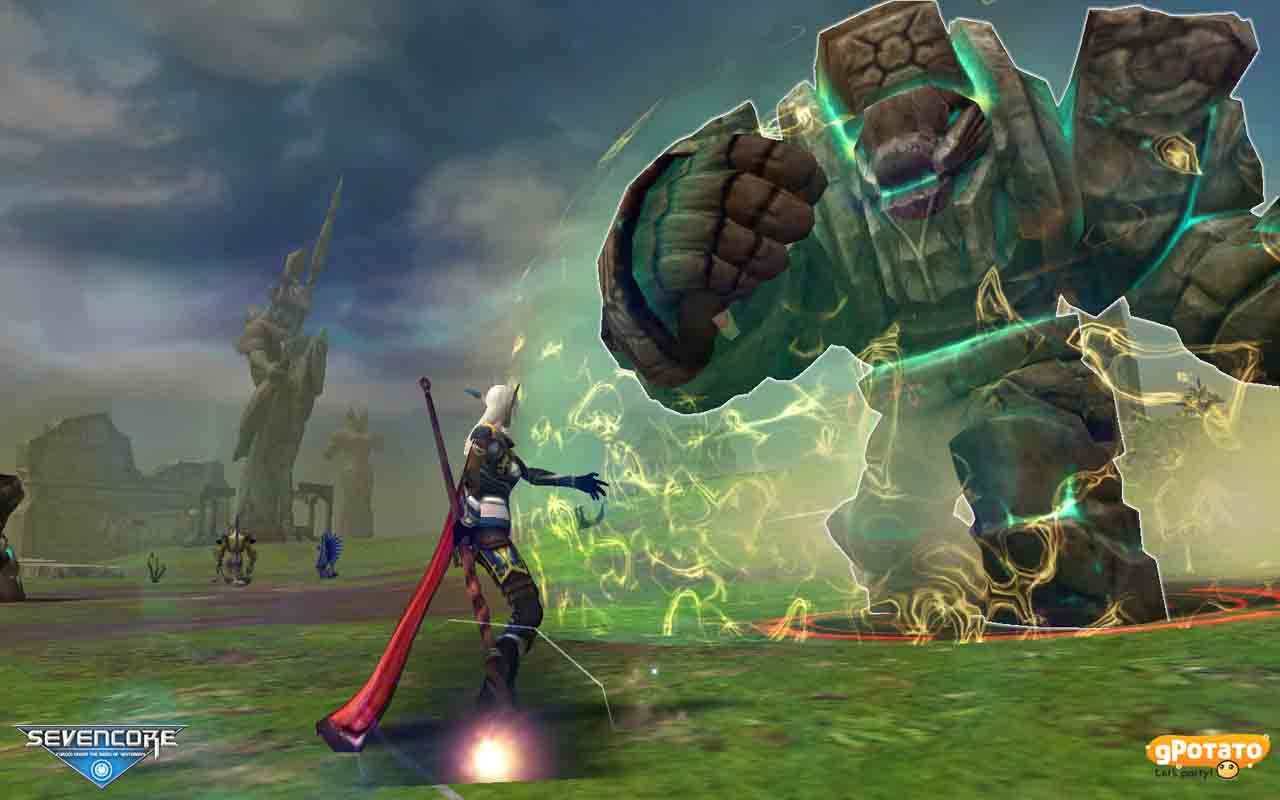 A free to play riding action MMORPG Sevencore is a unique fusion of sci-fi and fantasy combined into an in-depth story driven adventure where players take part in an epic faction war across the lands of Inadar, a continent shaped by both magic and technology. Each player is able to control their own companion mount to help them explore and fight their way through this war torn world.

The war that has ravaged the lands of Inadar originally began when the technologically and magically superior Goldians, the first known race of Inadar, invaded the territories of the peaceful Amaad and enslaved their populous. Whilst suffering as slaves for generations the Amaad finally found a leader and rose up against their oppressors to claim back their freedom. During this time newer races appeared on the continent of Inadar and between them created an alliance, which included the Goldian, to once more crush the revolting Amaad.

Each of the four races in Sevencore has a unique, rich history and culture that is reflected in their unique racial traits and will also define the story-arc for the player.

The Einher are a warrior race, once seafaring pirates who pillaged coastal towns they are considered to be a formidable opponent and are no stranger to battle. In contrast are the Nuuk, a more peaceful people they seek harmony and oneness with nature, a mysterious magical race they have avoided conflict with other civilizations for a long time. While the Nuuk are more at home with magic the Sion are the technologically advanced race, settling on the outskirts to the north they use machines and science to gain power for their empire. And finally the Aimon are a petite but powerful race capable of increasing the maximum energy of their mounts during travel.

The four available classes in Sevencore are Gunner, Magician, Warrior and Assassin, each of which are divided into two specializations that boast either power attacks or speed. For the heavy hitters the Warrior can take Great Sword, the Magician take Wand and the Gunner can pick up Artillery, all of which have longer casting/performance times but do considerably more damage. For speed and extra DPS the Warrior can spec into Twin Blades, the Magician can use Wands as his weapons of choice and the Gunner can pick up Pistols for extra mobility. The Assassin class is the newest addition and possesses both high dodge rate and critical chance. Masters of agility, Assassins are experts in close-quarter combat during which they use daggers or claws.

Mounts are one of the main aspects of Sevencore, which is why the developers are calling the game a riding action MMORPG, going beyond the typical MMO feature of your mount simply being used for travel (which the mounts in Sevencore can do, by land, sea and air). Instead your mount acts as a companion and can aid you during questing and combat, fighting alongside you or in mounted combat. Mounts have their own levelling system and as your mount levels up you are able to train it new skills and abilities to improve its performance.

To coincide with the sci-fi meets fantasy theme, mounts are available as traditional Beast Mounts but also Mechanical Mounts, each of which will be focused on either Attack, Defense or Movement and have matching stats to reflect that.

PvE is a major factor in MMORPGs and in Sevencore it is no different, however, for those who prefer a little Player v Player action the game offers up numerous Battlegrounds for players to pit their wits and skills against each other. As well as this is a flagging system where players are able to join a "PK Channel" where they can attack other players throughout the world who have also chosen to be in the channel, but are also vulnerable to attacks themselves.