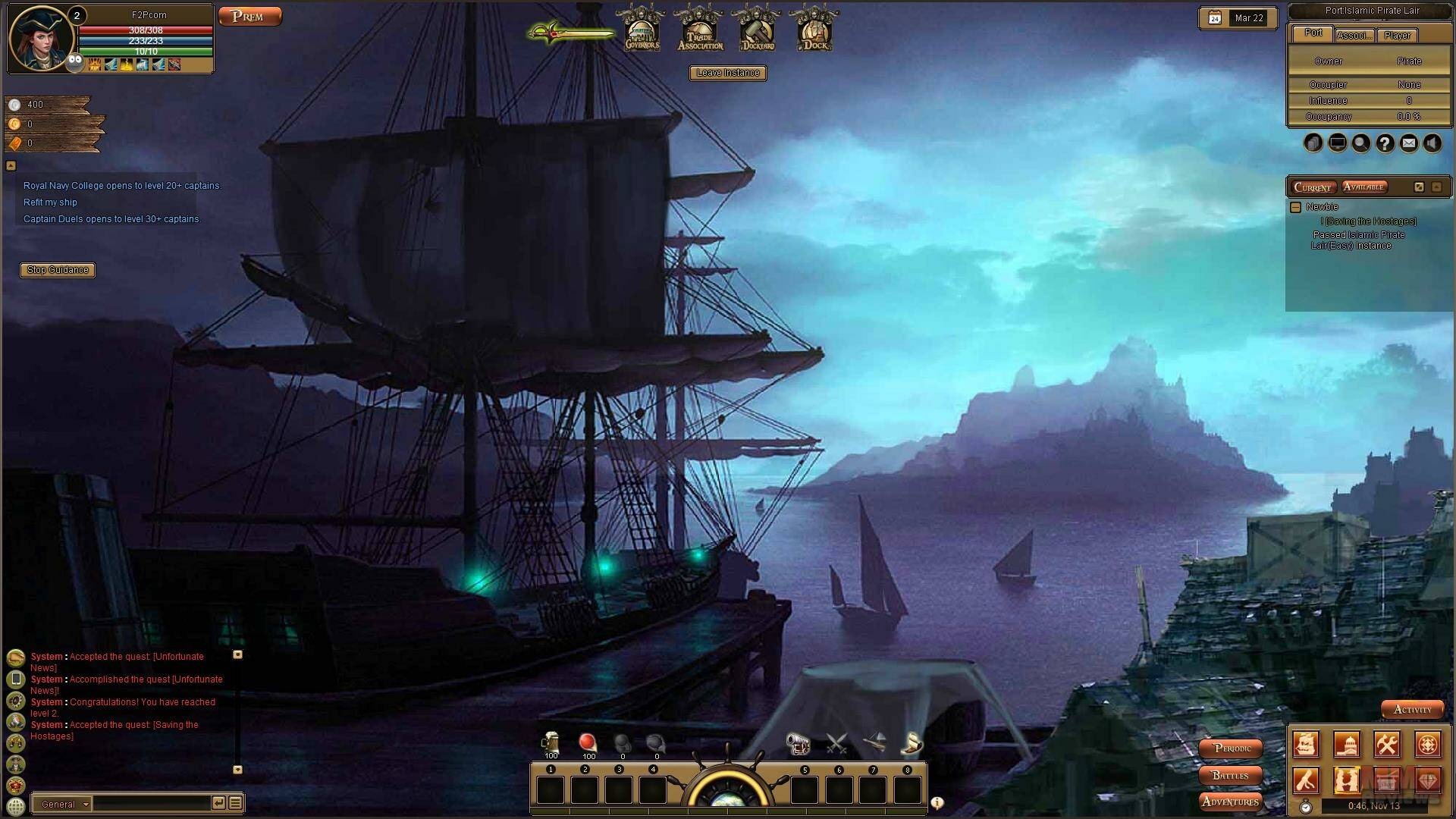 This nautical MMORPG allows you to ride the waves captaining your own ship, manage your crew and get a name upon the high seas. With detailed graphics, a casual gameplay and a lot of interesting features, Seven Seas Saga is a game that worth to be enjoyed from your favorite internet browser.

YOU ARE THE CAPTAIN

As you progress through the game, you will be able to unlock and purchase a number of different items with which you can improve attributes, skills, and talents of your ship, and similarly also can improve your skills as Captain getting Skill Books which you can find on Pirate Lairs, and increase your Navy officer rank, which will in turn give you additional attribute bonuses; the higher your rank the higher bonus, as well as giving you a larger weekly welfare.

But to be a good captain, you have to have a good crew. You can recruit your crew from any port Tavern, and each Member of your crew has its own attributes and skills, which determined in which part of the ship they are going to be more useful. You can also train your crew using different skills books.

When you reach the rank of Baronet you can create your own Guild spending 500,000 gold coins. Guild members can donate their gold in order to buy materials, relics, and other unique items and and earn contribution points, and the Guild leader can use these donations to upgrade the Guild level, invest them into a port to unlock previously inaccessible goods or donate them to their Association. By investing in port around the world a Guild’s world influence will increase, which provides its members a buff, the higher your rank within the Guild the better the buff.

When a number of Guilds band together they can create an Association. The Association can be formed only by the participating Guild Leaders, and can be done so at the capital of your chosen country by talking to the King or Queen. Further investment in ports can be made by the Chairman of an Association as well as giving them the facility to launch Port Siege Battles against port occupied by other Associations.

In Seven Seas Saga the PvP is one of the key elements: